SCOTTSDALE – Metro Phoenix is one of 13 markets in the country with teams from all four major professional sports leagues.

Of those, only three – Phoenix, Detroit and Denver – lack an esports team in the Overwatch League or the Call of Duty World League.

Phoenix, the fifth largest city in the nation, is falling behind when it comes to esports. Do Not Peek Entertainment, a first of its kind esports production company based out of Sneaky Big Studios in Scottsdale, hopes to help change that.

“We want to figure out how we can bring more esports to Arizona,” said Scott Smith, co-founder of Do Not Peek Entertainment.

Smith, who has been in the esports industry for 20 years, has held many roles, from freelance journalist to CEO/COO of one of the most successful esports franchises of all time, Evil Geniuses. His best friend and the other half of Do Not Peek Entertainment, Jason Baker, has had a similar run in the esports industry, including a stint as a producer for “Eleague” on TBS.

Do Not Peek will open its studio doors to teams and organizations for a wide array of uses, including broadcasting, advertising and marketing. The company will also create original content with the goal of becoming something akin to the ESPN of esports. For Baker and Smith, opening Do Not Peek was a no-brainer. 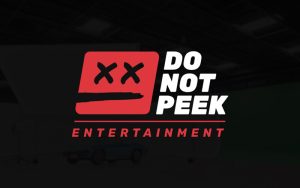 “Back then, we were a little ahead of the curve and it was much harder to do,” Smith said. “We have been talking forever. Wouldn’t it be cool if we can do it all again now that Twitch and YouTube Live is here?'”

The idea has been a dream for Baker and Smith, but the execution was not something they could have dreamed. Smith didn’t know that Sneaky Big, owned by godaddy.com founder Bob Parsons, existed in Arizona, let alone in his own backyard.

Smith said he received an email from Sneaky Big through a mutual friend in January. Sneaky Big wanted to learn more about the esports industry and knew Smith was a freelance broadcaster who worked in the field. He was just the person Sneaky Big needed.

“I get here and they show me around,” Smith said. “I was blown away. I’ve never seen something this nice and this permanent in the nice part of town.”

At the same time, Baker, was consulting with GG Group, an esports business firm in Canada, which was looking to expand its reach. They just happened to be creating a production studio and that’s when Smith called Baker.

“If it didn’t have to be in specific locations like Toronto or Atlanta then you all should come see this place and gut check that I’m not losing my mind on how cool this place is,” Smith told Baker.

Sneaky Big Studios is a 15,000-square-foot state-of-the-art production studio created in 2016. It has worked with CNN, ESPN, Sony, the now defunct AAF and others. GG Group, along with Smith and Baker, partnered with Sneaky Big Studios to create Do Not Peek Entertainment.

“I still pinch myself as I’m driving to work,” Smith said. “It really is the perfect deal.”

“I got here an hour early this morning because I couldn’t wait!” Baker added.

The goal is to put Arizona on the esports map, but Smith and Baker remain humble.

“Being the flag holders might seem egotistical of us,” Smith said. “There has been organizations here longer than us grinding away and I don’t want to disparage those that have been here growing the scene.”

Do Not Peek’s biggest in-state candidate to “cheer on” might be SAK Gaming, the largest esports tournament organizer in the state. SAK Gaming specializes in the fighting game community, with a heavy focus on smash, and has built its brand purely through grassroots efforts.

Thunder Studios has attempted to take over the social smash scene by hosting events with huge prize pools at its Thunder Studio location that, Shackelford said, are only really accessible to the best players in the world due to massive venue and registration fees which exclude a wide majority of players and people in the community. Shackelford is worried that Do Not Peek might do the same.

Although skeptical, Shackelford said that having Do Not Peek around could be huge for Arizona esports, and potentially for local organizations such as SAK.

“If these companies are serious about supporting local grassroots esports organizations, I think the best place to start is to reach out to those organizations and ask, ‘What do you need and how can we help you get there?'” he said.

Do Not Peek said it doesn’t “want to step on anyone’s toes” and with esports growing in popularity at every level, including college, the company wants to focus on collegiate esports in Arizona as well.

“We absolutely want to figure out how to work with colleges and how to help them.” Smith said. “The college scene is awesome.”

Tyler Vore, a community manager for the Arizona State University esports club, talked with Baker and Smith. He said Do Not Peek can have a huge effect on college esports.

“For one, I think they can show schools like ASU and U of A that esports is a booming business and growing fast,” Vore said. “As far as specifics go, I would love to see collaborations to show off the esports scenes of the schools that already have them.”

Vore said when it comes to using Do Not Peek for college esports, one thing he mentioned was using the space for a photo shoot, just like the Arizona Coyotes did at Sneaky Big for a shoot earlier this year.

“ASU did a very small version last year where we had all the players get headshots done but without having a solid space it’s quite difficult.” Vore said. “Our teams don’t have a lot of exposure so working with DNP in any capacity would be amazing.”

With Do Not Peek looking to improve the limited esports landscape, Smith is dreaming big.

“I want to figure out how to bring the bigger events to Arizona.” Smith said. “We have the studio, we have arenas, we have the hotels. We have all the things that will excite the big esports groups.

“I’m really excited about bringing Arizona to the world of esports.”