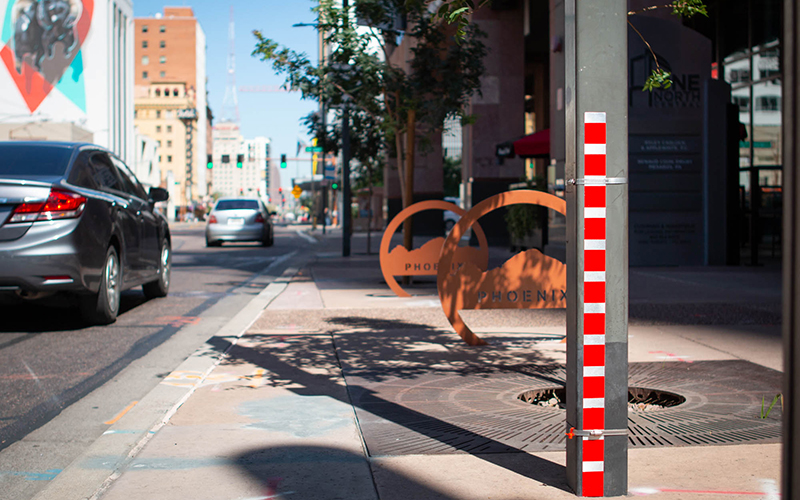 Standing-water gauges, like this one at Washington Street and Central Avenue in downtown Phoenix, have been used for years to monitor flooding, but FloodAware can predict where and when floods will occur by combining the water depth with data about the capacity of nearby storm-sewer systems. (Photo by Delia Johnson/Cronkite News) 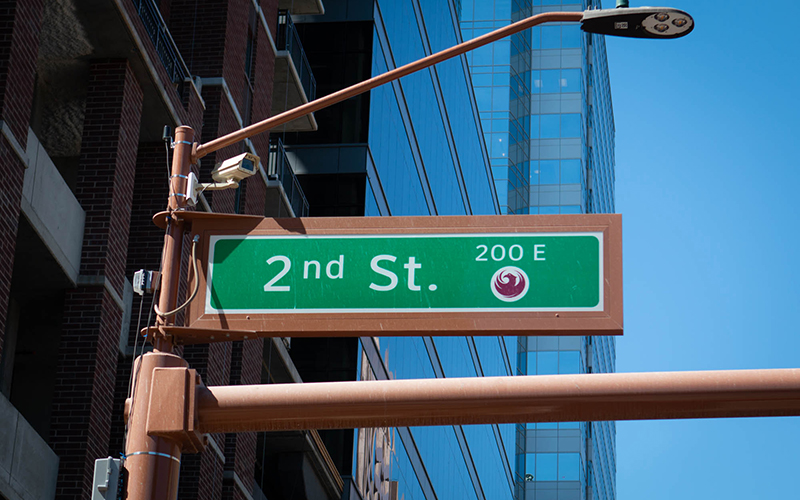 FloodAware uses image-processing technology to collect information about how much water is standing in intersections. It all starts with a traffic camera, a rain gauge and a curb or a gutter. (Photo by Delia Johnson/Cronkite News) 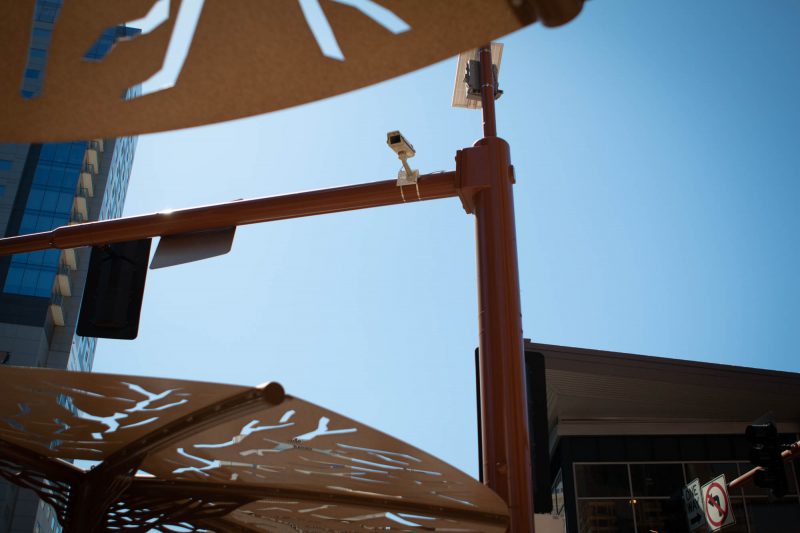 Flooding is a serious concern in dense urban areas, but data about hydrology and water resource engineering in these areas is sparse, says ASU’s Margaret Garcia, a lead developer of FloodAware. (Photo by Delia Johnson/Cronkite News)

APACHE JUNCTION — Although this monsoon season was one of the driest on record, parts of Arizona were pummeled with rain in late September, leading to intense flooding in Apache Junction and other cities.

“I don’t like to over dramatize things when we say rescue,” said Richard Ochs, a longtime member of the Superstition Fire and Medical District. “It’s really more of a citizen-assist call in most cases.”

Apache Junction has mountains on two sides, which increases the runoff that flows down into the city. Ochs said this creates “notorious washes” when water rises, making it easy for residents to get swept up. Superstition Fire was one of several East Valley departments that plucked people from swift waters last month.

“This is an area where the water is moving fast enough to create harm … potentially life threatening,” he said.

Rescues like these potentially could be avoided by using FloodAware, a new system developed by Arizona researchers to monitor rising water levels. The system is being tested in Phoenix and Flagstaff, but Ochs thinks it eventually could be used by smaller cities like his to keep residents and first responders safe.

WOW! Shelle Hamilton just sent us this crazy flooding video from her driveway in Apache Junction. A Flash Flood Watch is in effect in Phoenix. pic.twitter.com/xryo5btvG1

When the skies opened in late September, several Apache Junction residents were caught in Weekes Wash, including an elderly couple.

“They were both kind of clinging to trees,” Ochs recalled.

The rushing water carried tires, pieces of trees and cactuses – all things that could have caused severe harm. First responders pulled the woman to safety – but then the citizen-assist call turned into a rescue.

“Before they could even reach the man, he actually slipped in,” Ochs said, adding that the man was swept underwater for a short distance before he reemerged to grab another steady object, clinging to it until rescuers arrived.

“There was some real fear for about 20 minutes that morning,” he said.

Wow! Frank Schoenbeck sent us this video of the rising waters at Weekes Wash off Southern in Apache Junction after the flash flood from the storm that came through this morning. #wash #flashflood #arizonastorm #flood #apachejunction #eastvalley #eastvalleyweekly #beon12 #abc15 pic.twitter.com/ovbGdgR9Rk

FloodAware was designed by researchers from Arizona State University, Northern Arizona University and the University of Arizona who want to avoid those “sink or swim” moments. Their system uses technology and data as a potential solution for urban flooding. Engineers and hydrology experts finished installing traffic cameras and rain gauges at five intersections in Phoenix and six in Flagstaff at the end of September.

Margaret Garcia, an assistant professor at ASU and a leader in developing FloodAware, said flooding is a serious concern in urban areas because of the high concentration of people, but data about hydrology and water resource engineering in these areas is slim.

Garcia, along with other scientists and engineers, developed FloodAware to use image-processing technology to collect information about how much water is standing in roadways. It all starts with a traffic camera, a rain gauge and a curb or a gutter. 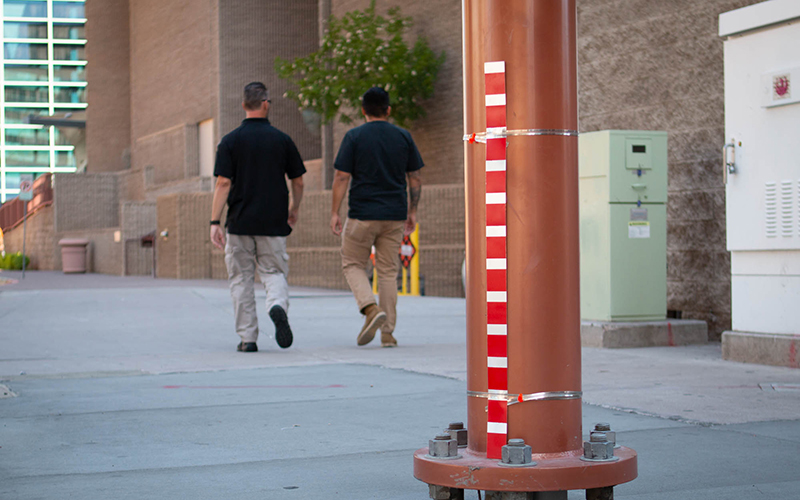 FloodAware water gauges can detect where and when a flood will occur. The information will be used in a mobile app which will notify residents when floods are going to occur, provide more information on rainfall and encourage users to collect data. (Photo by Delia Johnson/Cronkite News)

The camera takes a photo in full color in the daytime and infrared during the night. After the image is processed, “we can detect wet and dry, and we can also read the level of the water on that gauge,” Garcia said. FloodAware can detect where and when floods will occur before they happen by combining the water depth with knowledge about nearby storm systems.

This information will be used in a mobile hydrology app, which distributes and collects information from users. On the FloodAware website, it states that the app will feature visualizations of rainfall and flood histories, encourage users to collect data during heavy precipitation events and notify city residents when floods are imminent or present.

The camera system is new, but gauges have been used in Arizona for many years. The Maricopa County Flood Control District already has more than 355 gauges actively transmitting data. Many of those gauges are housed in 400 or so “alert stations,” but Lisa Blyler, spokeswoman with the Maricopa County Flood Control District, thinks FloodWatch will be valuable in keeping people safe because they have similar missions.

“We don’t send out the road closures or evacuations, but we provide the information to first responders and those that are responsible for those things,” Blyler said. “I think it could be a good companion.”

FloodAware also partnered with the Phoenix Public Works Department to determine which intersections of Phoenix and Flagstaff would pilot the program.

The chosen locations were “identified as areas that flooded frequently in the past,” Garcia said.

Garcia noted that cities like Phoenix have storm-sewer systems that are already well established and difficult to change, but FloodAware could help prevent injuries when those systems are overwhelmed.

“We can do that by getting information to people, either citizens that are trying to navigate the city, get home from their commute, or first responders to be able to clear areas that are dangerous,” Garcia said.

Researchers are hoping for more rain in Phoenix this fall and winter to collect additional preliminary data. When all the kinks are worked out, Garcia hopes FloodAware will expand to other urban areas.

“We’ve had interest from New York City Department of Resilience,” Garcia said. “They’re interested in technologies to better understand where their flood risks are.”

But Ochs thinks the system has small-town potential as well. He said it can be difficult to keep the public safe during and after rains purely because of human curiosity.

“When the rain stops, they look up and the sky is relatively clear,” Ochs said. “They don’t want to be stuck at home, or they want to go out and adventure and see what kind of water damage may have occurred.”

Ochs has been a first responder for more than 30 years, and he sees recurring trends during rescues. He said it can take up to two hours for all the rain to work its way down the mountains and through the city, which catches Apache Junction residents off guard.

“People see water crossing the road and they think, ‘Well, I can navigate that,'” Ochs said.

For now, FloodAware is a three-year collaborative project in Phoenix and Flagstaff only. In the meantime, Apache Junction and other small cities are training first responders to respond on short notice to water both still and moving.

“We’re ready for it,” Ochs said. “It’s just that you can never really judge when and how fast it will come.” 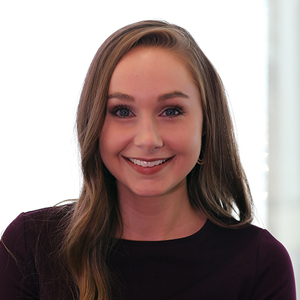