PHOENIX – Spurred by a wet winter, cases of West Nile virus are at a record high in Arizona, with 156 cases and 16 deaths reported so far this year, state health reports show.

The Arizona Department of Health Services blames the wetter winter for bigger mosquito populations this year. Mosquitoes carry West Nile, which is the most prevalent mosquito-borne disease in the continental United States.

An ADHS report shows 156 confirmed and probable cases in Arizona, with all but 11 in Maricopa County. Last year, there were 27 cases and six deaths.

Kimberly Colson recalls being infected with the virus nearly a year ago, when she lived in Mesa.

“I was feeling funny. I was unable to focus,” Colson said. She kept vomiting and had a fever before medical professionals finally diagnosed her illness as West Nile.

John Townsend, Maricopa County’s Vector Control Division Manager, examines a sample of mosquitoes. While mosquitoes are often thought of as flying insects, they actually spend the first three stages of their life in water. (Photo by Sarah Donahue/Cronkite News)

Not all cases of West Nile are dangerous.

“West Nile disease can range from a mild disease to a very severe disease. Most people who get West Nile don’t show symptoms at all,” said Dr. Rebecca Sunenshine, medical director for disease control at the Maricopa County Department of Public Health.

The AZDHS website says symptoms “can range from fever, headaches, and body aches, to more serious things like inflammation of the brain or spinal cord in rare cases.”

Colson still fears mosquitoes and takes precautions to keep them at bay.

Johnny Diloné, spokesman for the county Environmental Services Department, said the agency is fighting the spread of mosquitoes that carry the virus. One method is to spray pesticides in a specific area, called fogging; another is to set traps.

“Fogging is done not just during season, April through October, but all through the year,” Diloné said. “We deploy 850 traps in thousands of areas that have been identified as problem areas for mosquito breeding.”

State and Maricopa County health officials recommend people use insect repellent, wear light-colored long sleeves and pants when outside, and empty water all containers outside the home – no matter how small.

In Arizona, two types of the insect – Culex tarsalis and Culex quinquefasciatus – are the biggest carriers of West Nile. Experts say our mild winters have made the pest year-round residents. West Nile was first detected in Arizona in 2003, four years after it showed up in the U.S. 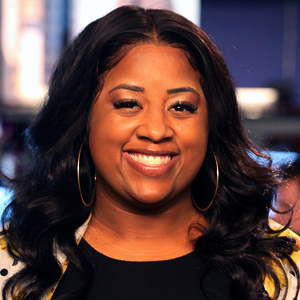