The Commonwealth Fund’s Scorecard on State Health System Performance reported “alarming” increases in suicides, overdoses and alcohol-related deaths, and although rates in Arizona were not rising as quickly as the rest of the country in most cases, the rates still were higher in all three categories. (Photo by ep_jhu/Creative Commons)

WASHINGTON – “Deaths of despair” have grown more slowly in Arizona than in the nation as a whole since 2005, but death rates in the state still exceed the nation in every category, according to a recent national survey.

Deaths of despair – the catchall name for deaths from drug overdoses, alcohol and suicide – have seen “alarming” increases across the country since 2005, said the Commonwealth Fund’s Scorecard on State Health System Performance for 2019.

The report, released in June, said those increases have come as access to health care has started to level off after several years of improvement when states were expanding access to Medicaid. It said most states “are losing ground on key measures related to life expectancy as premature deaths from suicide, alcohol and drug overdose continue to increase.” 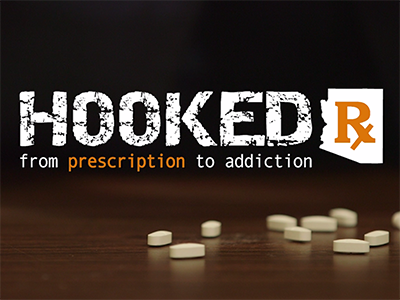 “While the overdose rate has somewhat moderated recently, the 10 percent jump between 2016 and 2017 is still among the highest annual increases the nation has seen,” the report said.

The Arizona Department of Health Services reports that opioids are suspected in more than 3,400 deaths in the state since June 2017, a period during which more than 24,000 overdoses have been recorded.

In 2017, Gov. Doug Ducey declared a state of emergency over the state’s opioid epidemic that was lifted after the passage of the Arizona Opioid Epidemic Act. That law requires tighter restrictions on prescriptions, protections for Good Samaritans and users in need of treatment for an overdose, and better reporting, among other changes.

“We have not won the war, but we are making some impacts,” said Eddie Sissions, a private consultant for Research Advisory Services.

She pointed to improvements like the state investing $10 million in opioid treatment for individuals, whether or not they were covered by the Arizona Health Care Cost Containment System – the state’s Medicaid program.

The Commonwealth report said that while states have made an effort to curb the opioid crisis by “improving access to opioid overdose reversal medications” and passing laws that set limits on opioid prescriptions, there is still much more that needs to be done.

“These are important steps, but there is more to be done in preventing and treating opioid use disorder and responding to overdoses,” the report said. “Reversing the upward trend in deaths from suicide, alcohol, and drug overdose will require greater cooperation across sectors, at both the state and federal level.”

The numbers for suicides and alcohol-related deaths were not as shocking but were still steadily rising.

“Steady increases in suicides and deaths linked to alcohol are also concerning and represent yet another marker of complex socioeconomic and behavioral health problems across the nation,” the report said.

The report, which measured states on 47 criteria, showed a connection between the deaths of despair and access to affordable health care.

Arizona ranked 32nd in overall health care performance, which includes access and affordability, healthy lives, prevention and treatment, among others. The state ranked in the lowest quartile of states for adults with any mental illness who did not receive treatment and uninsured children.

“AHCCCS is the key for a lot of people in being able to get help in behavioral health services,” Sissions said.