A federal appeals court upheld the conviction of Richard Djerf, who was sentenced to death for the grisly murders of four members of a Phoenix family in retaliation for a minor theft by another family member. (Photo by Tim Evanson/Creative Commons)

WASHINGTON – A federal court rejected the appeal of an Arizona death-row inmate who murdered four Phoenix family members in their home in retribution for a petty theft by another of the family members.

The 9th U.S. Circuit Court of Appeals said Wednesday that the crimes committed by Richard Djerf – which included the rape of an 18-year-old and the torture and murder of a 5-year-old – presented “one of, if not the, strongest” arguments for imposition of the death penalty it had seen in years.

The court rejected Djerf’s arguments that his attorneys had failed to present evidence of a troubled childhood, noting that while Djerf’s childhood might not have been “idyllic… there was no evidence of severe abuse, trauma or other troubling experiences that might warrant leniency.”

Attorneys in the case did not respond to requests for comment.

Djerf was working in a supermarket in January 1993 with a friend, Albert Luna Jr., whom he later accused of stealing a gun and electronics, including a television, VCR and stereo equipment, from his Glendale apartment. Djerf reported the theft to police, who took no action, according to court documents.

Several months later, Djerf decided to get his revenge. He showed up at the home of Luna’s family on the morning of Sept. 14, 1993, carrying a vase of fake flowers as a way to talk himself into the house.

When Luna’s mother, Patricia, answered the door, Djerf tied up her and Luna’s 5-year-old brother, Damien, asking the mother who should die first and forcing her to load the family vehicle with valuables.

After several hours, Luna’s 18-year-old sister came home. Djerf bound and raped her before stabbing her to death and then telling Patricia what he had done to her daughter.

A short time later, Albert Luna Sr. came home. Djerf handcuffed him and beat him with a baseball bat, leaving him for dead.

But the father was not dead. When Djerf returned to the kitchen and attempted to electrocute Damien and snap the boy’s neck, the father charged at him with a pocketknife. A fight broke out, and Djerf shot the father and then the mother and young son – but not before asking the mother who should die first, according to court documents.

Djerf attempted to cover his tracks by dousing the bodies and house in gasoline, leaving two stove burners on and placing cardboard on top, before fleeing in the family vehicle. But the house did not catch fire, and Albert Jr. came home to discover the grisly scene.

Djerf was arrested several days later after bragging about the murders to his girlfriend and others.

He was charged with four counts of first-degree murder, first-degree burglary, kidnapping, sexual assault, aggravated asault, attempted arson, theft and unlawful use of a weapon. After getting rid of his attorneys and representing himself, Djerf pleaded guilty to four counts of murder in August 1995 and was sentenced to death in May 1996. 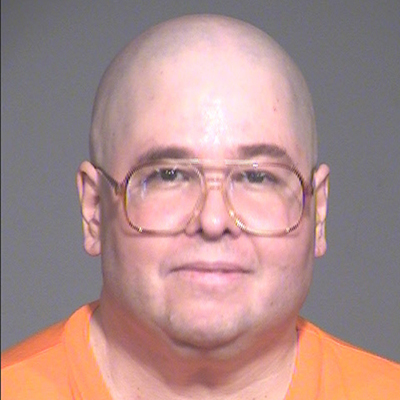 Richard Djerf is on Arizona’s death row for the brultal 1993 murders of four members of a Phoenix family. (Photo courtesy Arizona Department of Corrections)

In his latest appeal, Djerf argued that his attorneys at trial failed to work with him and that the attorney who represented him at sentencing failed to pursue defenses of mental health problems and a troubled family history.

But the appeals court was having none of it. The ruling by Circuit Judge M. Margaret McKeown said that Djerf’s attorneys did “considerable work on his behalf during their months of representation” and that records show “regular visits between and communication between counsel and Djerf.”

As for his claim of mental health issues, McKeown noted that while evaluations by three doctors showed Djerf “fell over and hit his head with a large knot” as a child, it did not appear to result in brain dysfunction.”

The final medical report on Djerf said there is “an absence of a sufficiently severe mental defect that would have precluded his appreciating the wrongfulness of his acts or resulted in an inability to conform his behavior to the requirement of the law,” the ruling said.

Whatever mistakes may have been made in his defense were more than outweighed by the “heinous, cruel or depraved” nature of his crimes, McKeown wrote.

“With clear premeditation and preparation, Djerf imposed appalling psychological and physical suffering upon four strangers from a single family before killing them in cold blood,” she wrote in her opinion. “The state’s aggravation case stands out as one of, if not the, strongest we have reviewed in recent years.”