Volunteers with No More Deaths showed up in force Wednesday to support Scott Warren as his trial started. He faces 20 years in prison. (Photo by Abbagail Leon/Cronkite News) 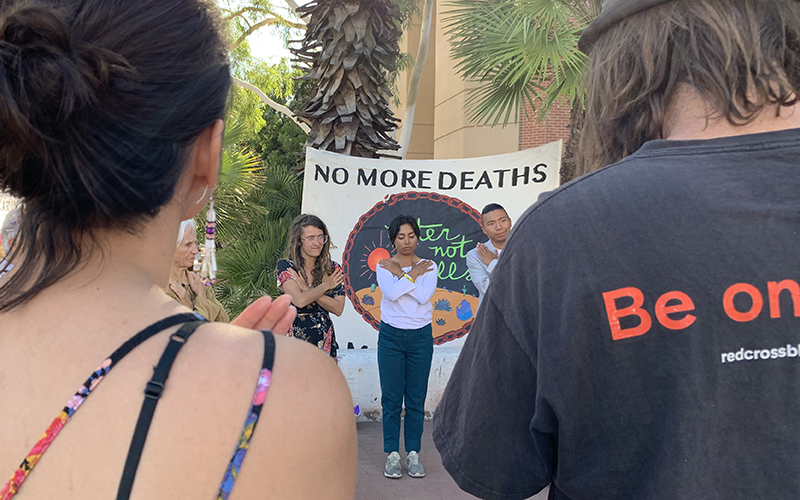 No More Death supporters gather across the street from the courthouse for a prayer on the opening day of Scott Warren’s trial. (Photo by Abbagail Leon/Cronkite News) 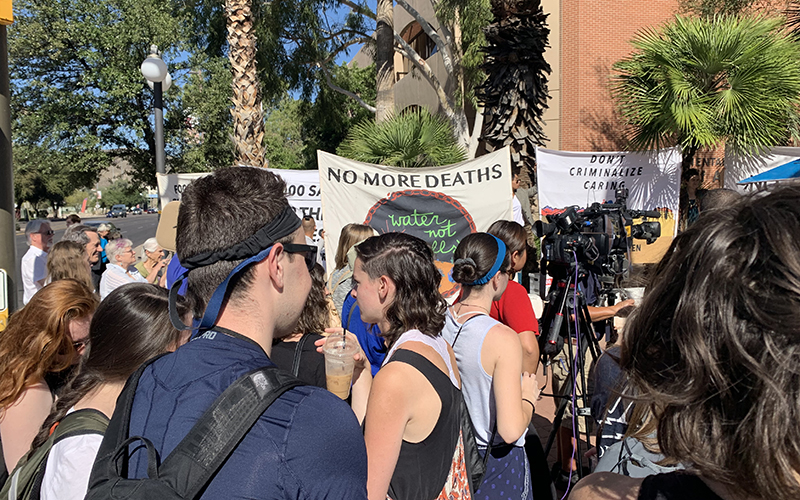 Dozens of supporters listen to members of Scott Warren’s family and fellow volunteers while waiting for his federal trial to begin. (Photo by Abbagail Leon/Cronkite News) 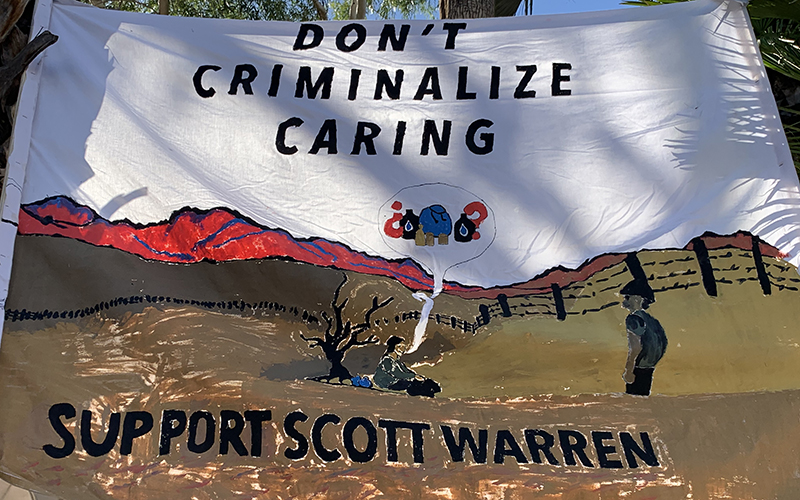 No More Deaths is asking the courts to drop the charges against humanitarian volunteer Scott Warren, who was arrested in January 2018. (Photo by Abbagail Leon/Cronkite News)

TUCSON – The trial of No More Deaths volunteer Scott Warren began Wednesday with the prosecutor asserting that federal authorities are not targeting humanitarian aid along the border with Mexico.

“No More Deaths is not on trial,” Nathaniel Walters told the jury. “Scott Warren is.” 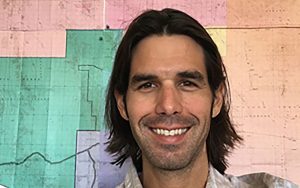 In his opening statement, however, defense attorney Gregory Kuykendall said Warren did not intend to break the law when he came across two undocumented immigrants early last year.

“Scott intended to perform basic human kindness,” he told jurors, and was acting in accordance with his Christian faith.

Warren, who is charged with conspiracy to transport and harbor two undocumented immigrants, faces up to 20 years in prison if convicted. His trial is expected to continue for 10 days.

His family, friends and supporters filled the courtroom and an overflow room, and gathered outside the U.S. District Courthouse downtown. They claim the Trump administration is targeting humanitarian aid groups. 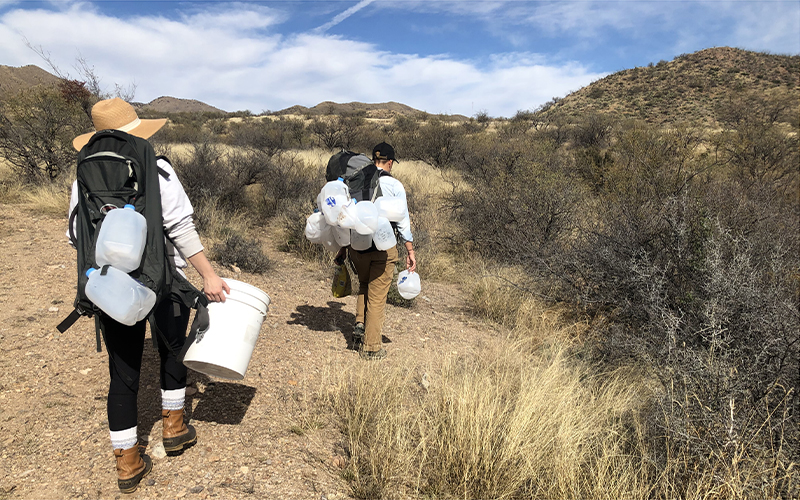 Kuykendall said Warren was careful to follow the health and legal protocols set forth by No More Deaths to make sure efforts to provide water, food and clothing for migrants attempting to cross the inhospitable desert stay within the law.

Outside the courthouse, dozens of supporters carried signs and voiced their alliance with Warren.

One of them, Justine Orlovsky-Schnitzler, the news media coordinator for No More Deaths, said the charges against Warren are an escalation of legal tactics used by federal authorities against the kind of work the group does.

“We think this is stemming from both the current administration and efforts to really target humanitarian aid workers, as the crisis on the border continues,” she said.

Warren was arrested Jan. 17, 2018, near Ajo. Border Patrol agents John Marquez and Brendan Burns were surveilling “the barn,” which is an old house that serves as a base of operations for No More Deaths. As they approached the structure, they spotted Warren and two undocumented Central American immigrants, Kristian Perez-Villanueva and Jose Arnaldo Sacaria-Goday.

Three days before the arrest, Warren had gone to the barn after going grocery shopping to make dinner for 15 volunteers, Kuykendall said, adding that Warren was not expecting to see the two undocumented immigrants there. Warren and the men had a hard time communicating, but it was clear they were hungry and tired, the lawyer said.

Warren has said he provided the men with food and water and contacted a nurse in the area. Both migrants were dehydrated, had blisters on their feet and one of them had severe chest pain. Warren advised them to rest. 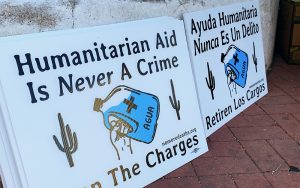 In testimony, Marquez said he saw Warren “making hand gestures pointing to geographical interests.” At that point, Marquez said, he and Burns entered the home.

Border Patrol contends that Warren was helping the two men cross illegally into the United States. The eventual verdict could set a precedent for future cases involving humanitarian aid given to undocumented immigrants.

Pastor Alison Harrington of Southside Presbyterian Church, who was outside the courthouse, said she believes Warren’s faith, just like her own, commanded him to “care for others.”

Orlovsky-Schnitzler is adamant that, no matter the outcome of the trial, it won’t stop No More Deaths from helping those who are in need.

“Regardless of what happens in the courtroom, the need for humanitarian aid continues, and so our work continues.”

Since 2000, the remains of nearly 3,000 people who died while crossing the border in southern Arizona have been recovered, according to the Pima County Medical Examiner’s Office. No More Deaths began operations in 2004.