WASHINGTON – The initial public offering of Uber shares this month fell short of expectations, but there’s at least one audience where the ride-sharing service dominates – members of Congress.

Federal Election Commission reports for the 2017-2018 election cycle show that congressional campaigns spent $2,171,381.99 on rides and on services like UberEats.

Expenses on ride-sharing services far outstripped traditional taxicab trips, with campaigns listing more than 44,000 entries for Uber during the period and another 15,000 for Lyft, compared with only 6,500 for taxis.

Arizona lawmakers were part of the trend, racking up a total of $20,094.13 in Uber and Lyft fares during the cycle, compared to just one taxi fare.

Matthew Feeney, director of the Cato Institute’s Project on Emerging Technologies said he thinks the shift from taxis to ride-share apps will continue because “almost every American adult has access to a smartphone.”

“I think this is probably a trend that we’ll see more of in the future,” Feeney said. “I think, unfortunately for a lot of taxi drivers and their allies, I think taxis are going the way of the horse and buggy in the long run.”

If Rep. Andy Biggs needs another example of his old-fashioned values, his FEC filing may have the answer: The Gilbert Republican was the only lawmaker from Arizona to list a taxi cab fare among his 2017-2018 election cycle expenses, when most other members of the delegation had moved on exclusively to ride-sharing services like Uber and Lyft.

Biggs reported spending just $8.93 for a single cab ride in that cycle. Among Arizona lawmakers, Rep. Ruben Gallego, D-Phoenix, was on the other end of the spectrum, spending a total of $6,865 on Uber rides, the most in the delegation. 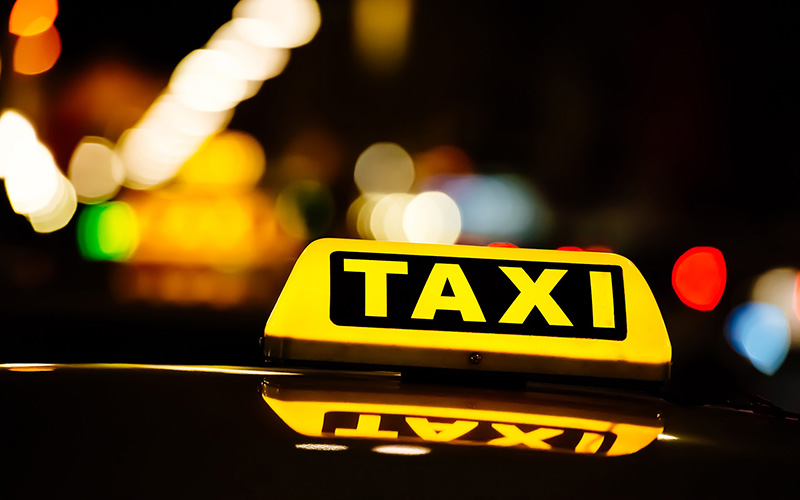 While use of ride-sharing services surged, regular cab fares were just a fraction of that, with only one Arizona lawmaker even expensing a cab ride. (Photo by Automobile Italia/Creative Commons)

Requests for comment from Uber and Lyft on the shift in lawmakers’ travel preferences, as well as from taxi cab companies and unions, were not returned.

Democratic Reps. Tom O’Halleran of Sedona, who spent $313.70 on Lyft rides, and Greg Stanton of Phoenix, who spent $14.85, were the only two Arizona lawmakers that solely used Lyft. On the other side was Gallego, who spent his money only on Uber.

FEC reports for Reps. Paul Gosar, R-Prescott, Debbie Lesko, R-Peoria, and Ann Kirkpatrick, D-Tucson, did not include any entries for ride-share services or for cab fares in the 2017-2018 cycle.

Feeney said despite efforts to regulate ride-share companies he believes their model will prevail in the long run.

“Now I think in the long-run, they (the regulations) are not going to be successful,” he said. “But that doesn’t mean in the short term they can’t cause some damage.”

That was not evident last week, when Uber went public but never reached its offering price of $45 a share. In the first week of trading, Uber shares have gone from a low of $37.10 to a high of $41.57 – still enough for a market capitalization of almost $69.5 billion.

Feeney remains confident about the industry, even in the face of regulation.

“From a global perspective, or even a national perspective thinking about the United States, these kind of regulations might hamper their growth in the short term, but in the long term this model only shows signs of growing,” Feeney said.