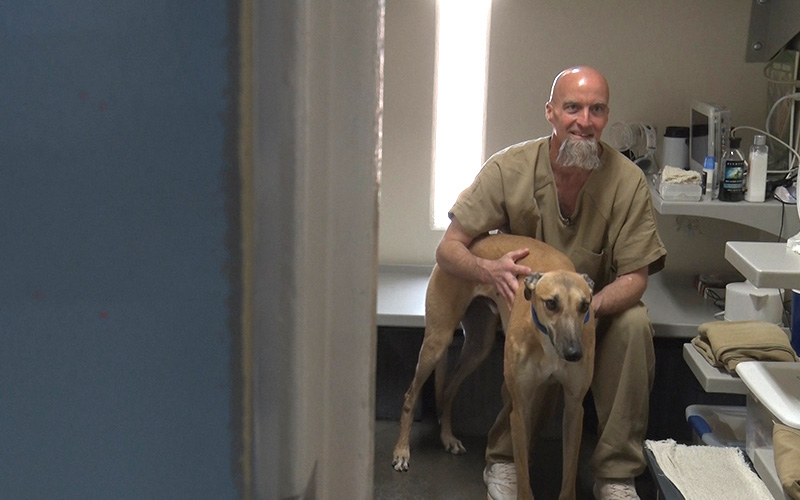 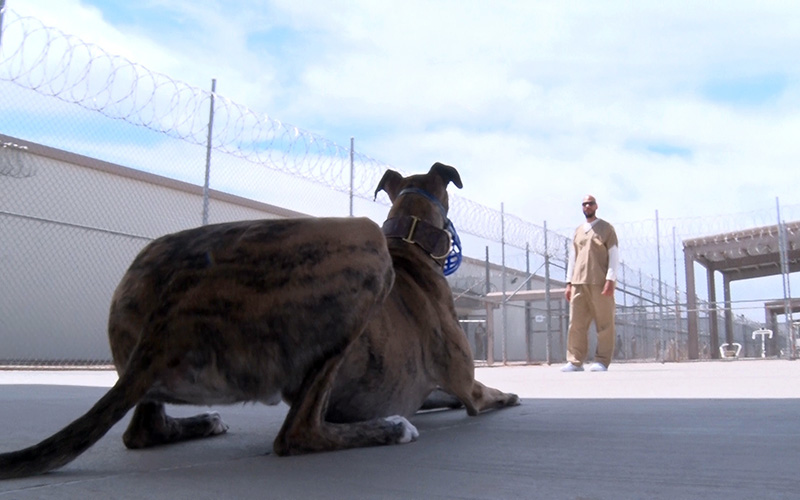 More than a dozen inmates at Saguaro Correctional Center in Eloy spend their days working with former racing greyhounds to understand these commands. 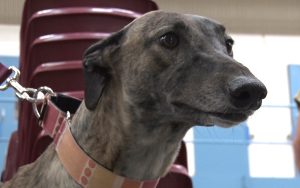 They’re part of a unique program that allows the inmates at the private prison to rehabilitate and train the canines and prepare the dogs to go home with a family.

“Our primary purpose here is to take those K9s and socialize them and get them ready for adoption, and we’ve been doing that through an inmate work program,” Warden Todd Thomas said.

The prison, operated by CoreCivic, houses inmates mostly from Hawaii. And officials say the program not only helps the greyhounds, it gives the inmates an outlet.

“The love that they give me inside of this place is, you know, second to none,” said Marwan Jackson, who is serving time for manslaughter. “We don’t really don’t have no intimacy … and they kinda fill that void.”

He said taking care of the animals has helped him grow because it teaches responsibility and patience.

Inmate David Parker, who was convicted of murder, said he has lived more than half of his life behind bars. He said he can relate to his dog, Crusher.

“We wake up, and we look out the window and we see bars,” he said. “He wakes up, and he sees his bars. I think I’ve grown and matured since that time and hopefully become a better person in people’s eyes.”

Parker, who has trained more than 33 dogs, said the inmates live with the dogs 24 hours a day. The cells have kennels equipped with blankets and toys. The dogs are taken out and walked on the prison grounds several times of day.

“We take care of them,” he said. “We’re responsible for everything about their entire lives, and you can’t help but be bonded with every dog that comes in.”

The dogs usually spend about three or four months in the program before they go out to a home.

The inmates said it’s hard to see their dogs leave, but they usually get a new one almost right away.