Supporters of the Violence Against Women Act at a rally outside the Capitol Thursday after the House approved a renewal of the law, that had lapsed two months ago. Its future in the Senate is less certain. (Photo by Luv Junious/Cronkite News) 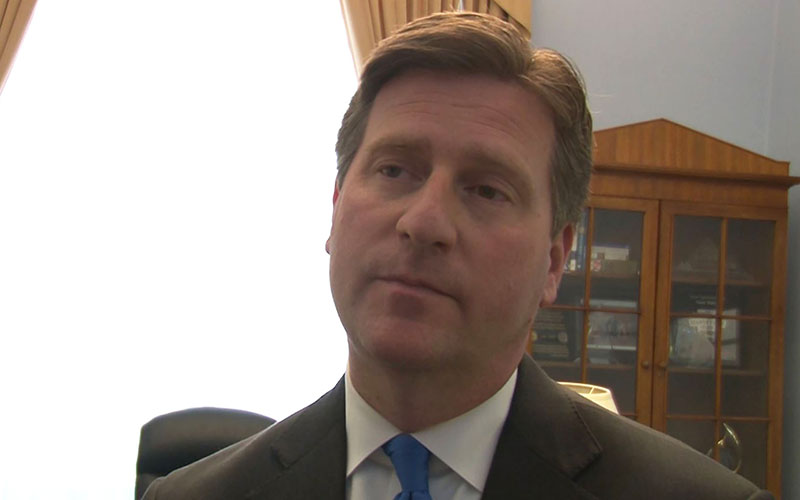 Rep Greg Stanton, D-Phoenix, welcomed the renewal of the Violence Agaisnt women Act, which he said is badly needed to deal with a crisis of domestic violence in Arizona. (Photo by Luv Junious/Cronkite News)

WASHINGTON – Two months after it let the Violence Against Women Act lapse, the House voted Thursday to renew the 25-year-old law that extends protections for victims of domestic violence.

While no one in the House disagreed with the goals of the bill, Republicans accused the Democratic majority of dressing it up “like a Christmas tree” with liberal amendments that could doom it in the Senate.

Those included provisions to take guns from abusers – a move the GOP said violated the Second Amendment, drawing an angry reply from Democrats who accused the other side of bowing to the National Rifle Association.

The final vote was 263-158, with just one Democrat voting against the measure and 33 Republicans crossing the aisle to support it. In Arizona’s delegation, the vote split straight down party lines, with all five Democrats voting for it and all four Republicans opposing it.

“We all want to protect women and children and VAWA has typically received wide-ranging bipartisan support. However, this legislation fails to do that,” said Rep. Debbie Lesko, R-Peoria, a survivor of domestic abuse herself who voted against the bill Thursday.

But Rep. Greg Stanton, D-Phoenix, said voting for the bill was easy, particularly in a state like Arizona, which he said was in the top 10 states in the nation for deaths resulting from domestic violence. 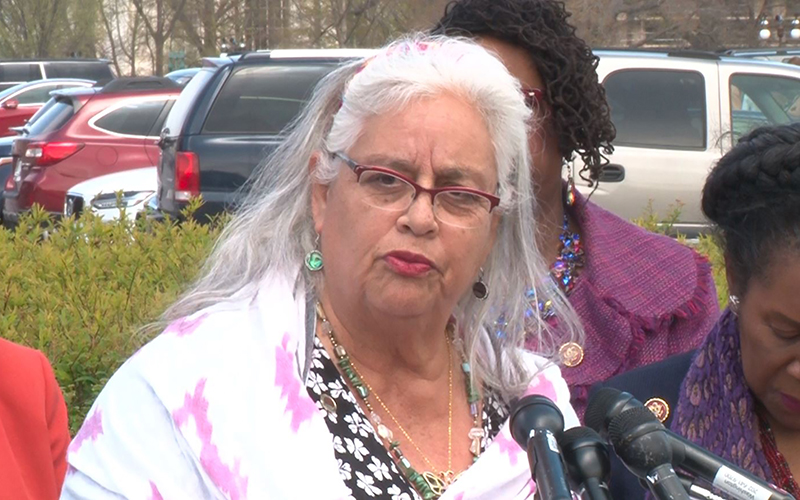 Juana Majel-Dixon, an officer of the National Congress of American Indians, welcomed the renewal of the Violence Against Women Act, saying it will allow tribes to continue to prosecute non-tribal members for domestic assaults of Native American women. (Photo by Luv Junious/Cronkite News)

“There are so many victims, particularly in Arizona,” Stanton said after the vote. “I don’t know why they voted against it, whatever reason it may have been you’re overthinking it. Supporting victims is the right thing to do.”

The Violence Against Women Act was first passed in 1994 and has been reauthorized, and tweaked, about every five years since then. The current version expired during the government shutdown over the holidays, was temporarily renewed before expiring again in February.

The act funds shelters and domestic violence prevention programs, as well as making it easier for tribal courts to prosecute non-tribal abusers, and expands protections to people in same-sex relationships.

Juana Majel-Dixon, secretary of the National Congress of American Indians, said VAWA will help tribes prosecute non-Native people who commit crimes on tribal lands, an area were tribal courts previously had no jurisdiction.

“Unless the tribe had an agreement with a person that was non-native and married into your society to be governed by the laws, there were no laws that protected us and our tribal police,” Majel-Dixon said.

But the latest version of the bill also included provisions that Republicans said were added only to score political points and which are sure to make it harder to pass in the Senate.

One of those changes is a new provision that aims to close the “boyfriend loophole” by barring some people convicted domestic violence cases from buying a gun. Critics said it could deny a gun to someone with misdemeanor convictions of stalking or domestic abuse, which Lesko said in a statement “infringes on Second Amendment rights by taking away a gun owner’s right to due process.”

Lesko and others also latched on to language in the bill aimed at increasing protections for transgender abuse victims by letting them have access to women’s shelters.

“By allowing biological males who identify as women to be placed in shelters and prisons right next to vulnerable women, women could be put in even more danger,” Lesko said.

Democrats said references to the bill’s protections for “biological males” was little more than a dog-whistle appeal to bigots, and said the transgender language was just another protection for a potentially abused group.

Rep. Ann Kirkpatrick, D-Tucson, said in a tweet she voted to reauthorize the bill because it “extends the Rape and Prevention Education grant program and expands training for school-based and campus health centers.”

But Lesko warned that Democrats took too many liberties with new provisions, and it’s unlikely to pass the Republican-controlled Senate. She said Congress should be more focused on bipartisan efforts, rather than “a bill that is a non-starter in the U.S. Senate … that will not be signed by the president.”

Stanton didn’t see it that way. He said he was “very heartened” by the vote to benefit more women in Arizona, which he said “does not provide resources to help victims of domestic violence.”