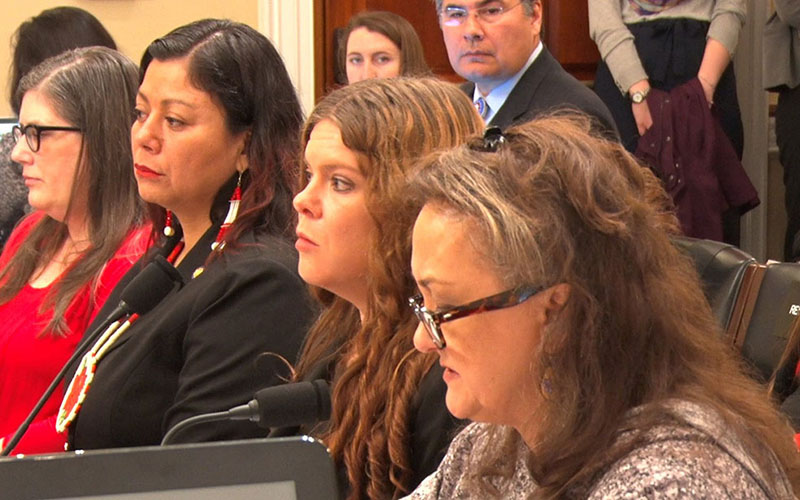 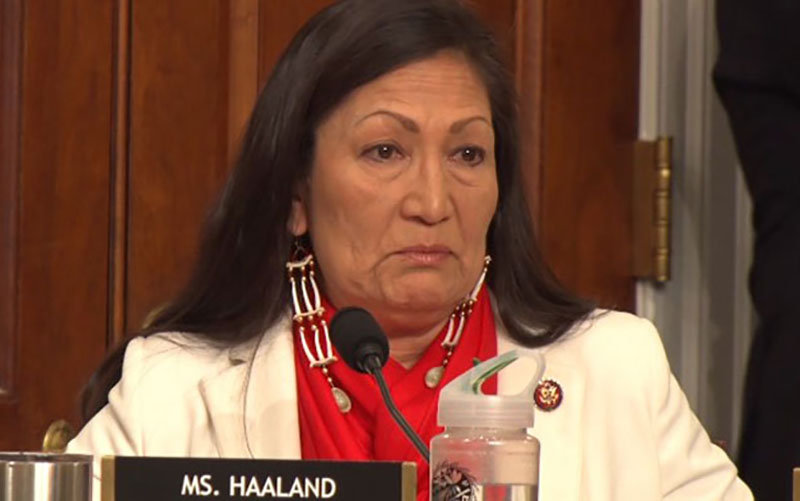 Rep. Deb Haaland, D-New Mexico, teared up at a House Natural Resources subcommittee hearing on missing and murdered indigenous women. Haaland, a member of the Pueblo of Laguna, told witnesses she was “grateful for every single thing all of you have done.” (Photo by Micah Alise Bledsoe/Cronkite News) 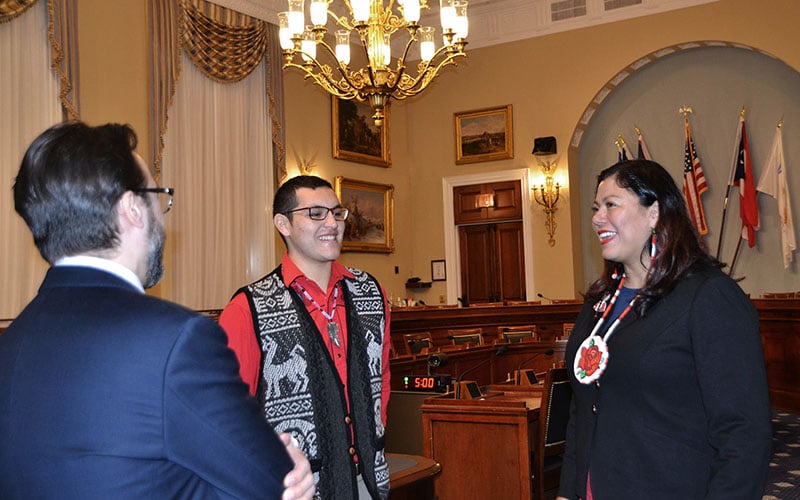 North Dakota state Rep. Ruth Buffalo said that the local communities must have a role in dealing with the problem of missing and murdered indigenous women, but that the federal governmen needs to play a role, too. (Photo by Keerthi Vedantam/Cronkite News)

And the first thing she tells them to do is to report their missing relative to police.

“We want to encourage the families to make sure that these missing relatives are officially put in the database,” she said.

Because too often, that is not the case, said advocates at a House subcommittee hearing Thursday on the problem of missing and murdered indigenous women. The lack of solid data is compounded by a shortage of funding and a legal maze that Native victims and families often face.

“We have to fund, we have to deal with the crisis of domestic violence and sexual assault,” said Mary Kathryn Nagle, counsel for the National Indigenous Women’s Resource Center. “Oftentimes, those crimes escalate to murder and homicide so we need funding for our victim services and our tribal law enforcement.”

The U.S. does not have a uniform system for tracking reports of missing Native women on reservations. And what information is available is wildly inconsistent, depending on whether it is in a federal or private database, or reported by individuals or agencies.

And Yatsayte, who was not at the hearing, said authorities may mischaracterize the race of a murder victim, contributing to the confusion.

Even when cases are reported correctly, following up can be difficult because of the levels of tribal, local and federal law enforcement that deal with crimes on the reservation. That’s one reason it’s important for tribes to be at the heart of any solution, said Sarah Deer, a professor at the University of Kansas and a citizen of the Muscogee (Creek) Nation.

“I believe it is critical Native people are at the forefront of this effort,” said Deer, the chief justice of the Prairie Island Indian Community Court of Appeals. “Even if we were to see federal funding … the tribe members and families and survivors should drive the data collection.”

Deer told the House Natural Resources Subcommittee on Indigenous Peoples of the United States that the federal government should supply funds for tribes to gather information and build their own culturally competent databases.

“We cannot run functional court systems and functional law enforcement agencies without the support of the federal government,” she said. “And they have treaty obligations and trust obligations to make sure that our criminal justice systems function in a way that will allow us to protect our own people.”

When subcommittee members asked how to help, North Dakota state Rep. Ruth Buffalo and other panelists advocated for federal support to local efforts.

For now, Yatsayte’s organization is still encouraging Native families to report missing relatives to law enforcement and to NamUs, a federal database that lets people submit information about missing people.

Yatsayte said she still faces resistance. Some are reluctant to report because of mistrust of the government and fear of not being believed, especially if the missing relative had a prior conviction or a substance abuse problem.

As far as progress goes, Deer says a lot has to be done to rectify and minimize violence against native women.

“I tell my law students, it took centuries to make it as bad as it is and it’s not going to be resolved in one single legislative session,” she said.