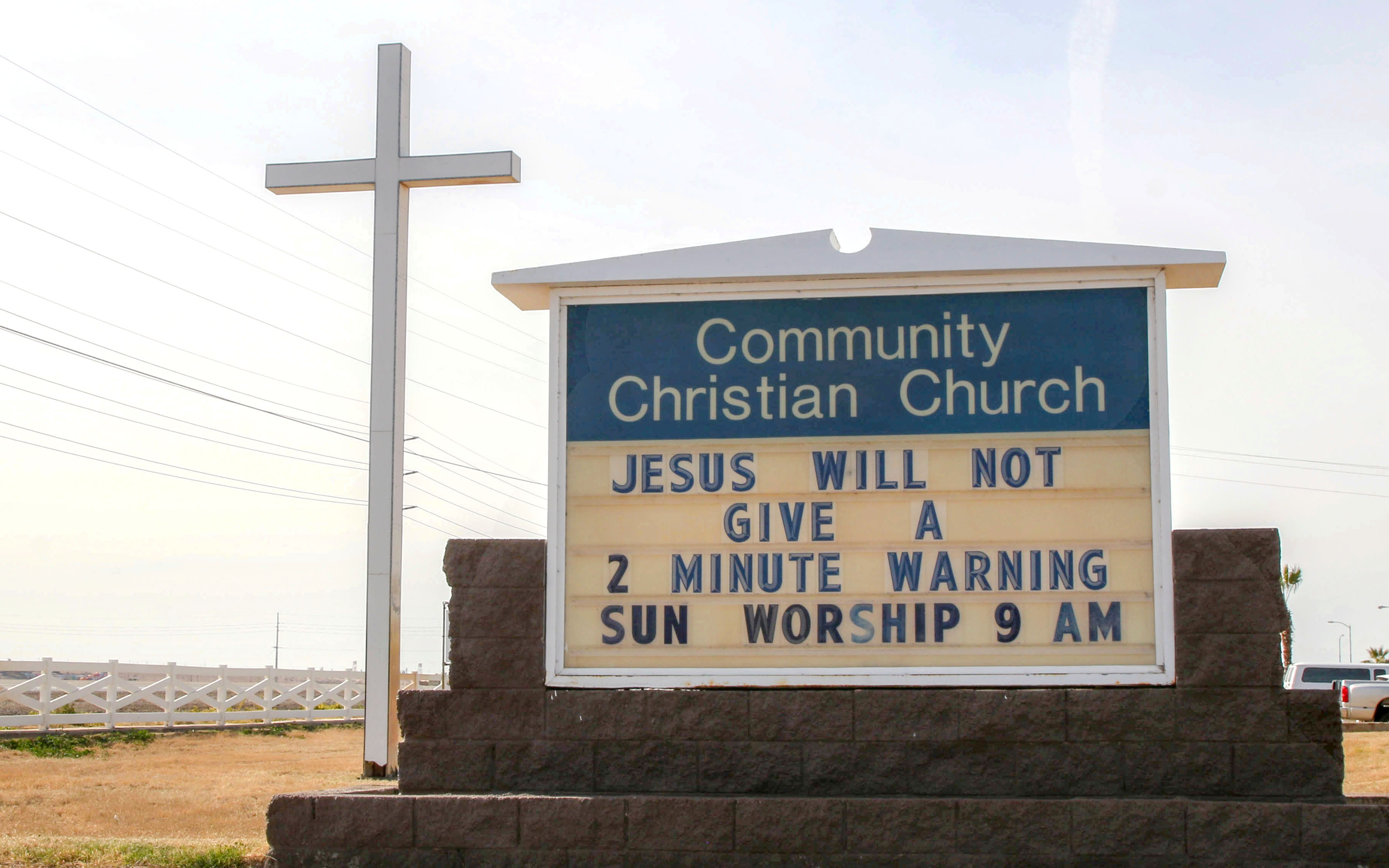 About 80 percent of the young people who go through the faith-based Teen Challenge program are addicted to opiods, mentor Travis Reyna says. (Photo by Meg Potter/Cronkite News)

NOGALES – Despite record seizures of fentanyl at U.S. ports of entry on the southern border, a rise in overdoses is forcing law enforcement officials in some border communities to change their tactics, emphasizing information and public engagement, as well as drugs to reverse opioid overdoses.

Customs and Border Protection officers on Jan. 26 found more than 250 pounds of fentanyl hidden in a cucumber truck attempting to enter Arizona through the commercial port of entry in Nogales. 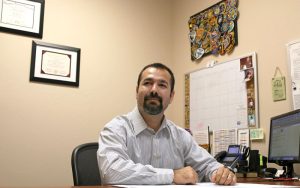 The Drug Enforcement Agency’s 2018 National Drug Threat Assessment said fentanyl and other synthetic opioids now are the most lethal category of opioids in the United States, partly because drug traffickers are increasingly mixing fentanyl into other drugs without the street dealer’s or user’s knowledge.

For police Lt. Marco Santana in San Luis, which is tucked in the southwestern corner of Arizona along the border with Mexico, the rise of fentanyl overdoses has forced a tactical shift. Near the beginning 2018, all emergency services personnel in San Luis received training on how to properly administer naloxone, the prescription medication that rapidly reverses the effects of an opioid overdose. All police officers in San Luis now travel with two doses of naloxone, which also is known by the brand name Narcan, in an OD response kit.

Since 2017, the Arizona Department of Health Services has been providing trained law enforcement agencies and emergency first-responders with free naloxone kits through a request program. Nearly 10,000 kits have been ordered, according to the AZDHS opioid epidemic website.

“The Narcan has really made a difference,” Santana said. “It has saved lives.”

But it’s a tough, ongoing battle. After responding to an increase in overdoses in 2018, Santana said, this year could be worse – maybe far worse.

San Luis police responded to 18 overdose calls last year, he said, and have nearly matched that total In the first six weeks of 2019.

“In 2019, we’ve had more issues and we got about 15 non-accidental overdoses. One person passed away this year,” he said.

In Nogales, every police officer received training in October on how to administer naloxone and now carries two canisters of the drug, Cpl. Oscar Mesta said

In the past six months, Nogales police have administered naloxone on just two occasions, Mesta said, but the department has seen an increase of hard drugs, specifically heroin and crystal methamphetamine.

Yet, according to the Arizona Department of Public Safety’s 2017 Crime in Arizona report, Santa Cruz County recorded just two arrests for possession of a drug other than marijuana, and no arrests for either the sale or manufacturing of a drug other than marijuana. The 2018 Crime in Arizona report isn’t available yet, nor are final 2018 country crime statistics.

In San Luis, Santana, said the majority of the overdose cases police see are related to “M-30s,” counterfeit 30mg oxycodone pills that are laced with fentanyl and making their way to the United States from Mexico. 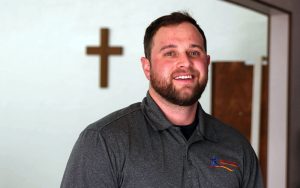 Travis Reyna is a mentor at Teen Challenge and has gone through the program himself. Reyna celebrated one year sober on Feb. 14. (Photo by Meg Potter/Cronkite News)

“These pills are the ones that are clandestinely made,” he said. “Obviously, there’s no control as to how much substance they’re putting in there. They have the fentanyl and they’re adding the other substances in there, like oxycodone and other different substances, which makes it more potent.”

Travis Reyna, 28, is an intern and mentor with Teen Challenge, a national faith-based organization that offers residential drug rehabilitation programs.

“Most of the stuff you see coming in today, whether it’s pills or heroin that comes over from Mexico, it has fentanyl in it,” he said.

And it’s not just adults who are increasingly using the pills. One arrest was made at San Luis High School where a student was found with 46 blue M-30s. With fentanyl distribution moving directly into the local high school, the police department has increased its visibility and engagement.

“We have a school resource officer specifically assigned to deal with these issues, with fentanyl and other opiates,” Santana said.

As law enforcement agencies work to prevent overdose deaths, the focus is shifting toward stronger public engagement and visibility.

The Nogales Police Department in January formed a community action team to foster closer cooperation among residents and officers.

“The citizens love it because we’re going back to the regular foot patrol seeing and shaking hands, knocking on doors and getting people’s information,” said Mesta, who supervises the team.

The public’s help is vital in identifying drug dealers and suspicious activity, he said, as “they’re our eyes and ears out there. They tell us, ‘Hey, they’re using this house for this and this.’ ”

The action team is assigned two officers, who are rotated on a monthly basis because the department lacks sufficient personnel.

In February, a task force consisting of the San Luis Police and Fire departments, the Yuma County probation services, the Yuma County Attorney’s Office, local school officials and local health services organizations was created to educate the public on the dangers of fentanyl and other opiates, and to connect users to drug rehabilitation services.

Reyna said staff members work closely with both adult and juvenile probation services in Yuma, Maricopa and Pima counties to offer their services to those entering probation.

He knows the importance of having those services – he was jailed because of opiate addiction that began when he misused oxycodone at age 16.

But the crisis isn’t confined to border towns, Reyna said.

“The fentanyl and opiate addiction that is going on in the country today is really everywhere.”