“My faith keeps me going,” Vicente Garcia said as he mourns his daughter’s death. “There are tough moments definitely, but I’m pulling through.” (Photo by Julio Lugo/Cronkite News)

Three days later, bleeding internally from a torn uterus, she had a heart attack and died. She was 23. 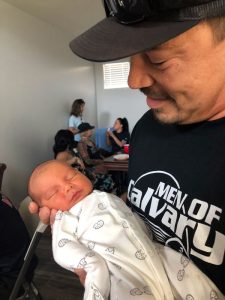 Dodde had a healthy pregnancy, nothing out of the routine. As her stepmother, Leticia Garcia, said, “I don’t think people think anything is going to go wrong when you have a baby.”

But something did go wrong. Even so, said her father, Vicente Garcia, Arianna should have lived.

Garcia is among the supporters of a bill before the Legislature that would establish an advisory committee to research and review maternal deaths and recommend solutions.

About 1,000 American women, on average, die of pregnancy related causes annually, according to the Arizona Department of Health Services report on maternal health from 2012-15. The U.S. maternal mortality rate more than doubled from 2000 to 2014, according to the National Institutes of Health.

Although rare, maternal deaths are devastating.

“Each maternal death is a tragedy that can have rippling effects not only within their own family dynamic, but also throughout our society,” the DHS report said. Eighty-nine percent of pregnancy-related deaths are preventable, it said.

Will Humble, executive director of the Arizona Public Health Association, said such tragedies can be prevented but data are needed first.

Senate Bill 1040 would form an advisory committee to research maternal deaths and birth-related injuries in Arizona. The committee would use the research to recommend policy changes to prevent deaths, most of them the result of cardiac or hypertension problems or hemorrhaging.

And a federal law, Preventing Maternal Deaths, that passed in December will fund research groups in states to investigate deaths. 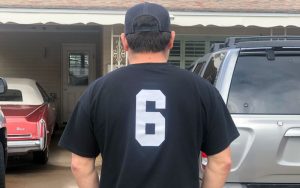 Vicente Garcia wears a shirt with the number on his daughter’s jersey when she played softball. (Photo by Julio Lugo/Cronkite News)

Humble, a former DHS director, said the state report came from a review team, but the law doesn’t require research every year. The new bill would do so.

Sen. Kate Brophy McGee sponsored the bill after she heard about Dodde’s family at a block watch meeting in the Sunnyslope neighborhood of north-central Phoenix.

“The neighborhood leader reported that they had suffered this whole tragedy, and that piqued my interest,” said Brophy McGee, a Republican who represents District 28, which includes central Phoenix and parts of Paradise Valley.

Vicente uses his sorrow over his daughter’s death as fuel to spread awareness of the risks.

“I don’t want another family to lose someone needlessly. It could happen anytime, anywhere, to any family, any segment of society,” Garcia said.