Betting on your favorite teams still on hold in Arizona Legislature 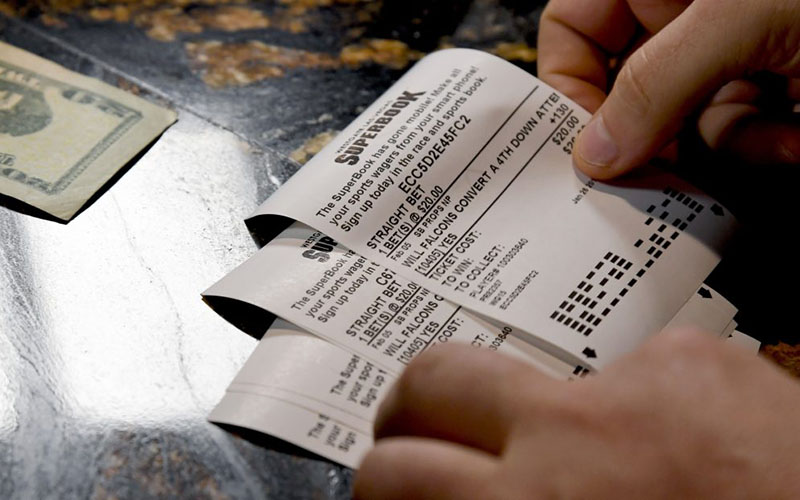 PHOENIX – Ten months after the U.S. Supreme Court cleared a path for states to allow gambling on sporting events, a movement is underway to allow Arizonans to wager on their favorite teams.

It has, however, faced resistance. The Senate Public Commerce Committee has twice postponed discussion in the past week, and Borrelli on Thursday said three tribes were against the bill, which would allow sports gambling on tribal land and through electronic kiosks at certain establishments that serve liquor, including horse tracks and sports stadiums.

“They think it should be negotiated in the (state’s gaming) compact, which is furthest from the truth,” Borrelli said. “It has to be done legislatively. … They’re trying to hijack this issue to strengthen their own position, which weakens the position of the smaller tribes. I have a lot of small tribes in my district and I’m not going to be bullied by anybody.”

Eight states have legalized sports gambling and 31 others plus the District of Columbia have looked into it since the Supreme Court struck down the Professional and Amateur Sports Protection Act of 1992. Arizona did get Gov. Doug Ducey’s support after the decision.

“This is positive news,” he said. “We have been working on a modernized gaming compact. This ruling gives Arizona options that could benefit our citizens and our general fund.”

This is positive news. We have been working on a modernized gaming compact. This ruling gives Arizona options that could benefit our citizens and our general fund. https://t.co/pGUT6yC8tt

Legalized sport betting in Arizona could generate substantial income. New Jersey, which legalized sports gambling last year, took in $330 million in bets for revenue of $21.2 million in November alone, with the state collecting $2.45 million in taxes, according to the New Jersey Department of Law and Public Safety.

Among Arizona’s challenges are already-in-place gaming compacts, or negotiated agreements between the tribes and state government entities.

These Tribal-State Compacts contain “detailed regulatory, technical, and internal control standards for the operation of Indian gaming,” according to the Arizona Department of Gaming. The current compact was passed by Arizona voters in the November 2002 election as Proposition 202. Sixteen Arizona tribes operate 24 Class III casinos in the state.

“My suspicion is that there will be a relatively orderly and civil discourse about what should happen,” he said. “I think it’s most likely that tribes will initially offer sports wagering. After that, it certainly is possible that other entities could receive legal authorization to do it.”

The Professional and Amateur Sports Protection Act of 1992 was a reaction to a 1991 public hearing by the Senate Judiciary Subcommittee on Patents, Copyrights and Trademarks that declared sports gambling a national problem. It effectively outlawed sports betting nationally except for a few states.

But in May, the Supreme Court rule declared PAPSA unconstitutional after critics, including former New Jersey Gov. Chris Christie, said people should be able to make their own decisions about gambling.

“Congress can regulate sports gambling directly, but if it elects not to do so, each state is free to act on its own,” Justice Samuel Alito wrote for the majority.

In Arizona, tribes have operated casino gaming of some kind for 30 years. Last fiscal year, those casinos generated a combined revenue of more than $1.9 billion, according to the Arizona Department of Gaming’s annual report. In accordance with the compact, the casinos contributed $94 million to Arizona’s general fund during the fiscal year.

Casino gaming is a big-money business. Sports gambling may be a different story. Some early projections of the financial impact of legalized sports gambling in the United States were in the hundreds of billions of dollars.

The National Gambling Impact Study projected in 2014 that the total amount gambled yearly would be in the $80 billion to $380 billion range.

However, Richard Wells, the president of Wells Gaming Research, a gaming analytics and research company, believes those numbers are misleading. 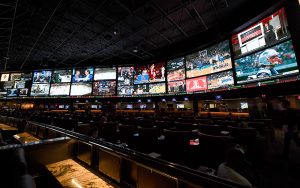 One of the biggest challenges to sports betting in Arizona is addressing the gaming compacts already negotiated by tribes and the state. (Photo by Ethan Miller/Getty Images)

Wells said it was the $380 billion end of the estimate that proponents and the news media seized upon, and “it became that number rather than the range.”

More recent studies done by the American Gaming Association and Gaming Market Advisors suggest a handle of about $150 billion nationwide with a hold (the difference between wins and losses) of 5 percent. That comes to earnings of about $7.5 billion for the casinos before taxes.

That’s not to say sports gambling would be insignificant to casinos. Steve Gallaway a Managing Partner at Global Market Advisors, believes it would bring sports gamblers to the casino where they might try their hand at other types of wagering. Plus, it is another amenity for regular casino guests to enjoy.

“It’s not going to be a lot of money for the tribal casinos, but it’s a very important additional gaming offering that would be very beneficial for them to have,” said Wells, whose expertise includes analyzing gaming markets.

Predictions on the revenue sports gambling would bring to Arizona are difficult to assess because it will depend on the regulations the state and tribes agree upon in the compact. For instance, the parties will have to determine the avenues for placing wagers that will be allowed, such as mobile sports gambling with bets placed through smart-phone applications.

Using Nevada’s data, such as win percentage in the state, Wells arrived at a projection for the potential annual take from sports wagers in Arizona. He estimated the realistic range in between 20 and 33 million.

The current state of offshore gambling will also play a role.

“Frankly the offshore websites are a lot more convenient for customers than the casino or William Hill type internet apps,” Wells said, “Customers can open an account with them with a credit card and in five minutes be up and betting on various sports.”

“In order to get people to get away from their bookie, you’re going to have to get a system that’s superior to what the bookie offers,” he said, “If there’s any little difficulty in it, why would people change?”

The ability to wager from home on a smartphone or a laptop is far more convenient, and offshore sports books already provide those options. Casinos will have to follow suit to compete.

Sports gambling’s value to the NFL could be greater than it is to casinos. A recent American Gaming Association study conducted by Nielsen projects that sports gambling will increase revenue in the NFL by $2.33 billion annually. 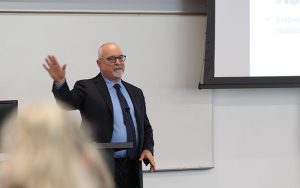 The vast majority of that would come from increased fan engagement that results in larger media deals and league sponsorships. Gamblers tend to watch games much more frequently than non-gamblers do.

The relationship sports gambling will have with professional sports leagues is up in the air, although some deals have already been made.

Earlier this year, the NBA signed a lucrative deal with MGM Resorts International. It is the first deal the NBA has made with a sports book and is focused on improving fan experience. Part of the deal includes giving sports book access to official data collected by the league.

As sports gambling enters this new era, Gallaway believes data will play a vital role because of its influence on in-game wagering.

“I think that’s going to start dominating the field, and that’s a much higher-hold game,” he said. “In order to have in-game wagering, you have to have good live data feeds. And I think that will be the advantage, because the legal books can cut deals.”

That is an area where baseball is making advancements, including a new deal MLB reportedly in the works with DraftKings for a sports-gaming app. DraftKings has denied such a deal.