Dan Collins of We Got Flowers prepares bouquets for a delivery the morning before Valentine’s Day. The wholesale distributor ordered 600 boxes, each with about 200 roses, for the holiday. (Photo by Delia Johnson/Cronkite News) 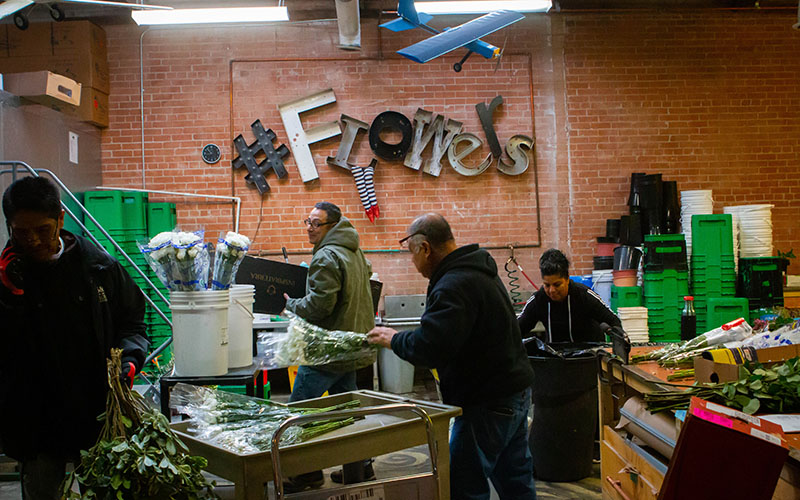 We Got Flowers employees work to fulfill deliveries the before Valentine’s Day. They’ve worked 14-hour days this week to fill orders for the holiday. (Photo by Delia Johnson/Cronkite News) 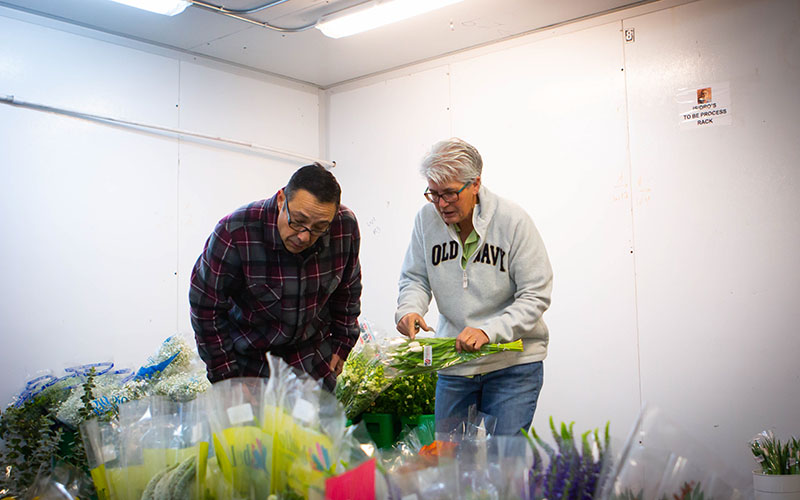 Stephen King helps customer Jan Theodore find a specific flower at We Got Flowers in Phoenix. The warehouse is stocked with flowers from Ecuador, Colombia, Florida and California. (Photo by Delia Johnson/Cronkite News) 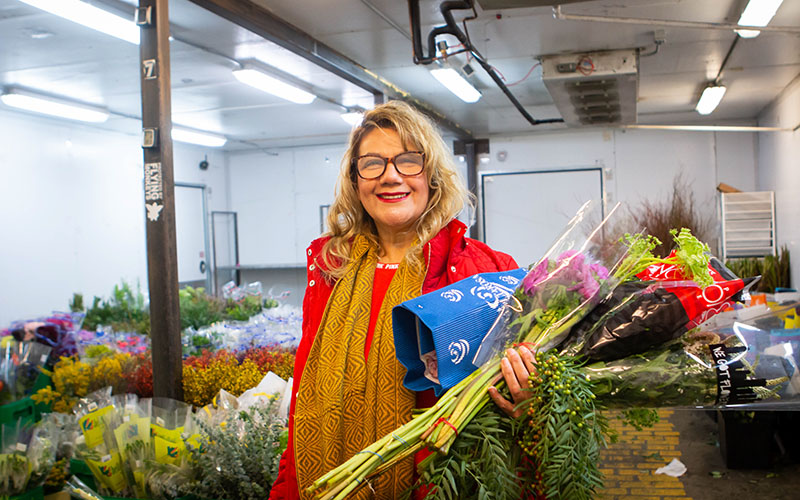 Rosa Quintana, a florist from One of a Kind flower shop, says she’s a frequent We Got Flowers customer because its flowers always are the best and make her customers happy. (Photo by Delia Johnson/Cronkite News) 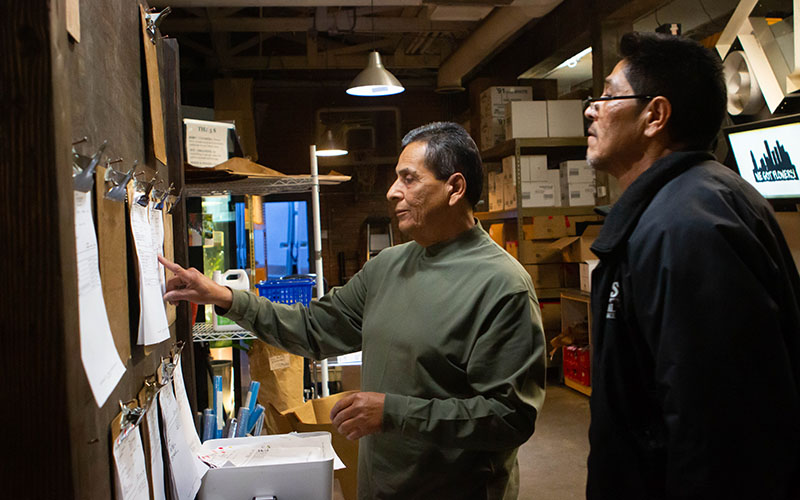 Eddie Torres (left) and Arthur Torres check the list of deliveries to fulfill on Wednesday, the day before Valentine’s. We Got Flowers began preparing two weeks in advance to keep up with demand. (Photo by Delia Johnson/Cronkite News) 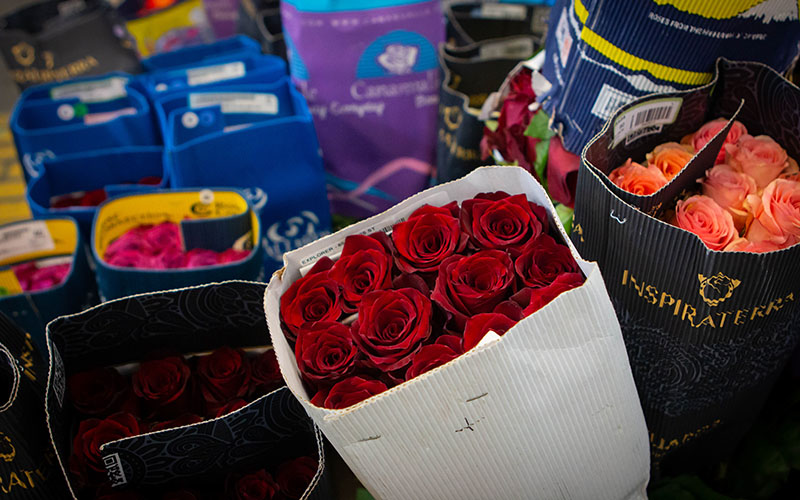 The owner of We Got Flowers has a partnership with flower growers in Ecuador. The roses are flown to Miami International Airport for inspection before arriving in Phoenix. (Photo by Delia Johnson/Cronkite News)

PHOENIX – Demand for Valentine’s Day roses at the flower wholesaler where José Durazo works has spiked in recent years, and he and his co-workers are scrambling to get the fragrant blooms to florists across the city.

“Over the past three years, I know that the flower shops are expecting more customers,” said Durazo, who works for We Got Flowers in downtown Phoenix. “It has seemed as if Valentine’s has become more of a popular event, and specifically with roses.”

According to the National Retail Federation, Americans are expected to spend $1.9 billion on flowers alone this Valentine’s season, about 35 percent of the projected $20.7 billion in overall spending. 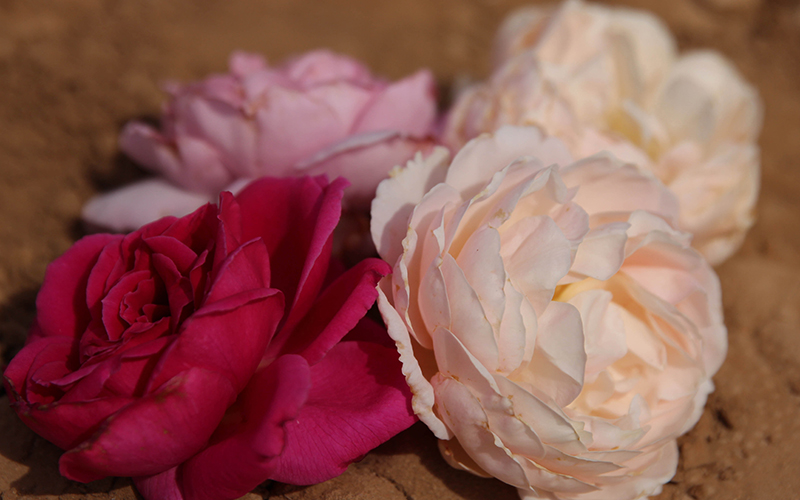 Think rosebushes can't grow in the desert? The industry flourishes in Arizona.

“We’ve been going at it for like two weeks – nonstop, every day – to make sure that we get the flowers out,” Durazo said.

And keeping up with the demand hasn’t been easy or cheap. Most of the roses Americans buy this Valentine’s Day were grown in Latin America, especially Ecuador and Colombia, according to Vox. The roses We Got Flowers sells travel more than 3,000 miles to Phoenix.

Ryan Thompson, who also works at We Got Flowers, said transportation costs have wilted the distributor’s profits.

“During this time, the shipping costs really rise up because this is the influx time,” he said.

The owner of We Got Flowers is from Ecuador, and she has a direct relationship with growers there. During the Valentine’s season, Thompson said, We Got Flowers receives about 600 boxes filled with about 200 roses each.

“It’s right on the equator,” he said of Ecuador. “It’s so high up, and it’s like volcanic … that’s why the roses there are so good because the volcanoes.”

Most of the year, growers ship flowers on passenger planes, but when demand ramps up as Feb. 14 approaches, distributors jam-pack cargo planes to supply the U.S. market, according to a Vox interview with investigative reporter Amy Stewart, author of the 2007 book “Flower Confidential.”

The Latin American roses are flown to Miami International Airport, where the U.S. Customs and Border Protection inspects them for pests. Last Valentine’s season, CBP said, the agency processed more than 9 million stems of cut flowers in the Miami field office alone.

Although Valentine’s brings its share of extra work and logistics struggles, the industry did catch a break in some areas. Recent trade tariffs put in place by President Donald Trump have affected other agricultural industries, according to the American Farm Bureau Federation. But Thompson said the tariffs haven’t affected the floral industry.

Maria Ruiz, who also works at We Got Flowers, said it’s well worth the long hours.

“We get to make people’s days a little bit better,” Ruiz said. “Especially telling somebody that you love them. It makes our job easier.”