People may think roses can’t grow in the desert heat, but local horticulturist Noelle Johnson has dedicated her work to finding the variations that thrive here.

“So the roses in my garden are put here to see how do they do, and the growers ask me for my feedback,” said Johnson, who lives in Chandler. “One of the most exciting things for me is getting free roses in the mail, and I put them in my garden and see what happens.”

When Johnson moved to Arizona from California, she said she killed nearly 40 rose plants. That’s what inspired her to become a horticulturist.

“You have to know what you’re growing for your region,” Johnson said. “The Southwest isn’t just succulents and cactus, we can grow lots of things.”

Johnson grows a wide variety of flowers, fruits and vegetables in her backyard and keeps a special section just for her own rose plants and test roses.

Growers around the world test their variations in Arizona, and the climate here allows the roses to bloom for nearly eight out of 12 months.

“You can have roses in the spring, fall and even blooming at Christmas,” Johnson said. 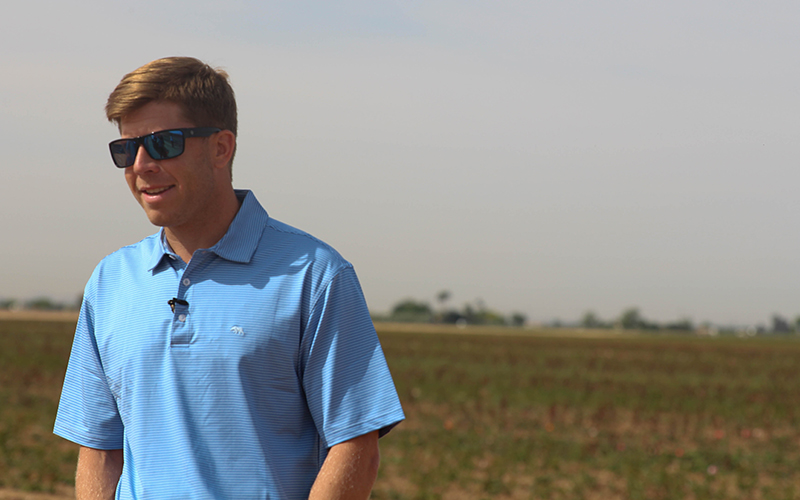 Tyler Francis of Francis Roses in Litchfield Park described the conditions in Arizona as “perfect” for growing roses. (Photo by Erica Apodaca/Cronkite News)

Although the summer months aren’t the best for a full blooming rose, Francis described the overall climate here as “perfect.”

Litchfield Park-based Francis Roses is one of four commercial rose growers in the state. In December, Francis will ship out about five million bushes that range from the traditional “Mr. Johnson” red roses and David Austin English roses, to striped, colorful blooms. 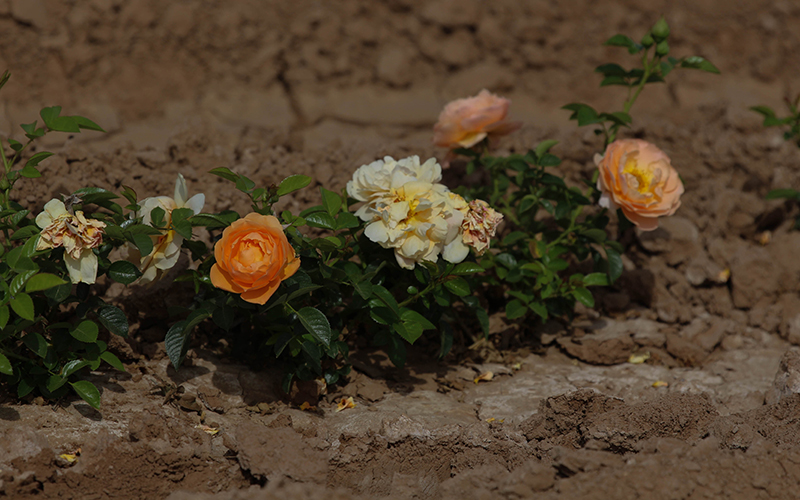 Tyler Francis of Francis Roses in Litchfield Park said they grow more than 1,000 different kinds of rosebushes on their farm. (Photo by Erica Apodaca/Cronkite News)

“We grow over a thousand different rose bushes on this farm,” Francis said. “Of that, there are 50 reds, so there’s lot of different variations. The best thing to do (when choosing a rose) is the one that draws you in is the one you should buy.”

Francis’ family has been growing roses on its 2,000-acre farm in the Phoenix area for about 20 years. They sell to wholesalers and nurseries.

These rosebushes might end up in your backyard, but they likely won’t be cut to create your flower bouquets.

Most stem-cut roses are imported from overseas, and they might last up to two weeks with proper care. But local growers said planting a rosebush in Arizona will allow for blooms almost year round.

“Roses get a bad rap for being finicky, but they’re not,” Francis said. “They’re very, very hardy plants. If you give them a little bit of love and attention and you water them, you don’t need to be a pro.” 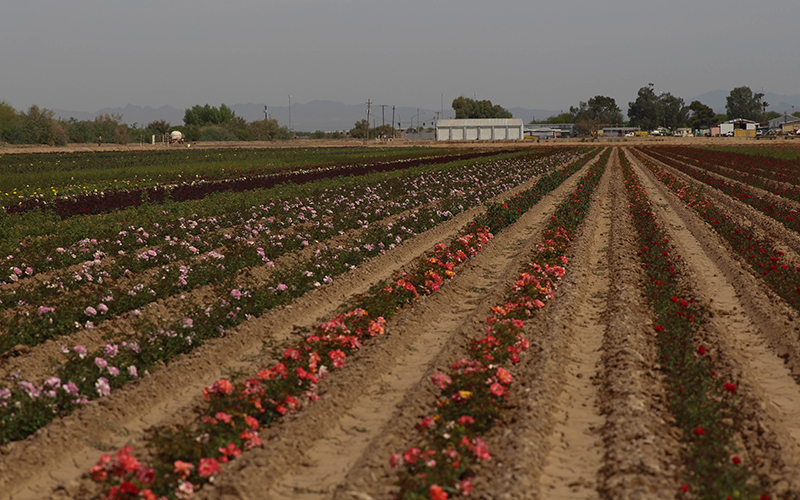 Litchfield Park-based Francis Roses is one of four commercial rose growers in the state. (Photo by Erica Apodaca/Cronkite News)

Francis said the rosebushes are a $500 million industry in the U.S. And roses make up a significant part of Arizona’s agricultural industry, he said.

“I would really like to see 5 C’s and an R because we really are the cornerstone of the entire rose industry here in Arizona,” Francis said. “It’s something all Arizonans should be proud of.”

In fact, one of the largest roses bushes in the world is in Tombstone and covers about 9,000 square feet, according to NPR.

As for Johnson, she said residents can show their pride by getting out our gardening gear: “Grow roses. Life is short!”