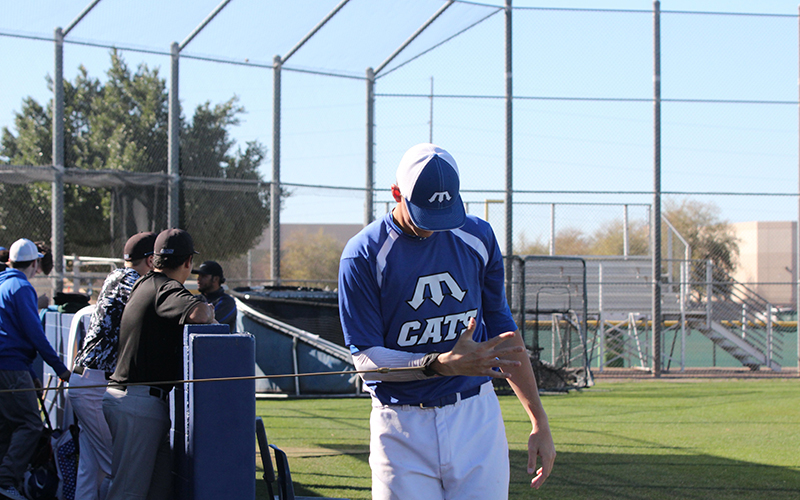 Davis Heller strengthens his arm at an intrasquad scrimmage at Mesquite High School in Gilbert to help keep it in shape.(Stephen Perez/Cronkite News)

PHOENIX – Arm injuries among high school baseball players have been on the rise in recent years due to overuse while playing the game. This has caused not only pitchers to take care of their bodies better, but also a change in how pitch counts are managed in game.

Approximately 30 percent of 203 youth baseball players surveyed experience arm and elbow pain throughout the season, according to a study released in 2015 by the American Journal of Sports Medicine, About 13 percent of those surveyed, who were between the ages of 8 and 18, have undergone ulnar collateral ligament (UCL) reconstruction surgery.

Players, coaches and other athletic trainers have shifted their focus to prevent these injuries from ever happening in the first place.

Right-handed pitcher Davis Heller from Mesquite High School in Gilbert has an extensive training regimen and post-pitching recovery method that he follows to make sure his arm stays in shape.

“So, my key points in making sure I take care of my arm is, I focus a lot on my lower body so when I am pitching I don’t have more stress on my arm that I do my legs,” Heller said. “Then along with my core, recovery wise, I run, do cryotherapy or ice and then a massage to get out any sort of bad blood flow.”

Heller a hard-throwing senior with a fastball that tops out at 91 mph, has committed to the University of Oklahoma. For a young player who throws with such velocity, the risk of an arm injury increases because repetition takes a toll.

Heller said he keys in on how he throws, his mechanics, rather than how fast he throws.

“I tend to focus on learning how to pitch and not worrying about trying to throw the ball as hard as I can,” he said. 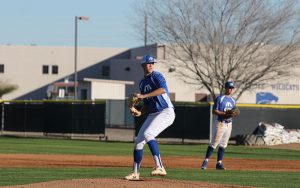 Davis Heller of Mesquite High School, who is headed to to Oklahoma, has an extensive training regimen and post-pitching recovery method. 2019
(Stephen Perez/Cronkite News)

Physical therapists say that understanding the mechanics of baseball and emphasizing the importance of proper recovery can go a long way toward preventing injuries.

“I think it is important for guys to see a sports physical therapist who knows baseball or knows the throwing mechanics, so they know what to look for in the body to know what they are doing wrong,” said Brett Fischer of the Fischer Institute of Physical Therapy and Performance.

Fischer added that players need to have rest time and understand that they will not see positive changes from throwing all year long.

“Stop playing baseball year-round,” he said. “Take time off and play another sport. And if you don’t want to play another sport, go to a facility and get a nice athletic workout in. But just don’t throw a baseball. You’re giving yourself time for your body to heal.”

Partly because of what he has learned at the Fischer Institute the past three years, Heller stops throwing in October and avoids any serious pitching work until preparation for the season begins in January.

“I can hit year-round, but as far as pitching, I’ll throw from about January and finish throwing off the mound in October,” he said. “So I’ll take about two to three months off of pitching. But I continue to throw soft toss to keep my arm motion the same.”

This has helped him gain a better sense of how his body works. When he returns at the start of the year, his arm feels stronger.

“I feel super strong,” Heller said. “Your arm feels really alive. You feel completely refreshed and a lot stronger. There is no strain at all.” 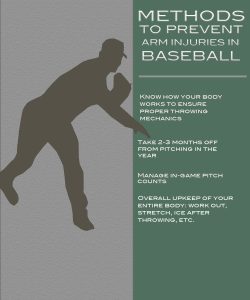 The Arizona Interscholastic Association, which governs high school sports in Arizona has also taken a more proactive approach to keep athletes healthy. The AIA is entering its third season using specific pitch-count limits as well as required rest periods based on the number of pitches a student has thrown.

Garye LaFevers, chairman of the AIA’s Baseball Sports Advisory Committee, adopted similar guidelines throughout his career around the game of baseball, including a stint as a coach with USA Baseball.

Some leagues set guidelines based on age or team, but the AIA’s are set according to the athlete’s grade. LaFevers said it is easier to manage because there are often different age groups on the same team.

“I came in and presented it, then as a committee we got together and adapted it to the same USA pitching guidelines, but changed them a bit to what we thought would be a better fit here in Arizona,” LaFevers said.

LaFevers said the USA pitching guidelines were broken down by age, and rather than exchanging birthdates and birth certificates, the change to academic classes was made.

“So if you’re a junior, you go by the junior guidelines,” he said.

LaFevers believes arranging limits by grade instead of age group makes it easier to protect the youngest athletes.

“We are trying to protect the younger kids on the freshman (and) JV level,” he said.

LaFevers said that there are occasions when a freshman pitches on the varsity team, but he would still be treated as a freshman under the AIA rules, making it a lot easier to manage the player’s pitching load.

The goal across the board is to help ballplayers avoid overuse injuries by educating them about taking care of their bodies and monitoring their pitch counts.

The hope is that the guidelines will keep players healthy and change the game for the better.