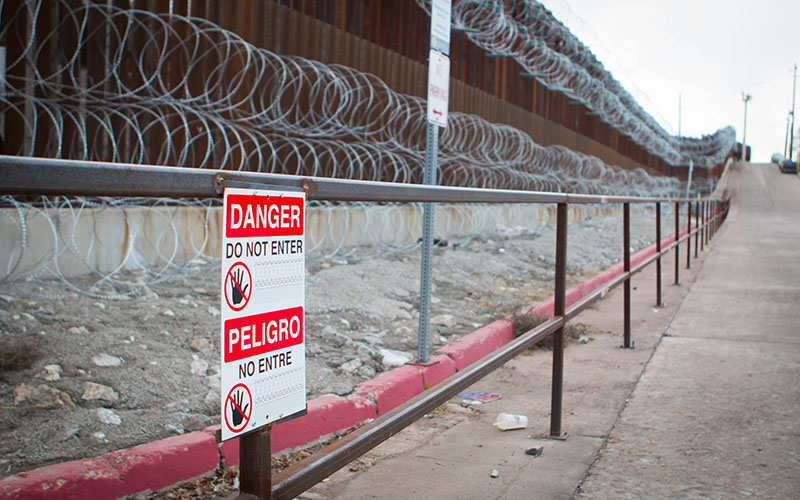 Critics of the additional concertina wire say it not only is dangerous, it prevents people from talking to family members on the other side. (Photo by Delia Johnson/Cronkite News) 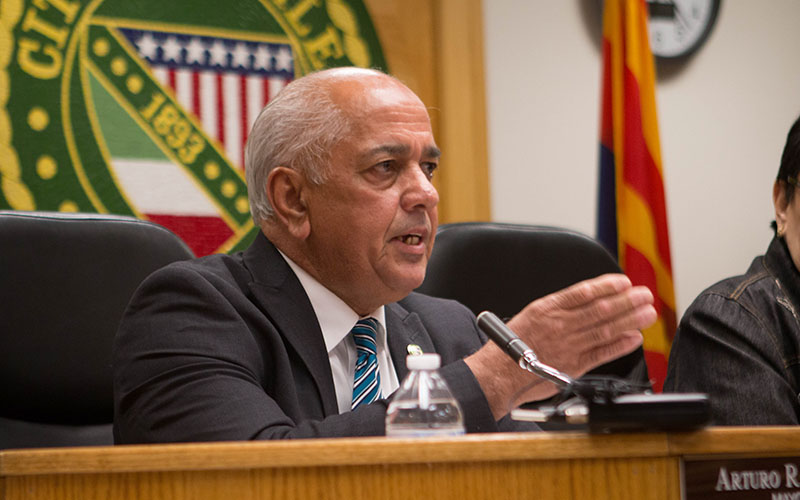 Nogales Mayor Arturo Garino calls the concertina wire at the base of the border fence a crisis. “This is not right. We cannot allow this to happen, not in Nogales.” (Photo by Delia Johnson/Cronkite News) 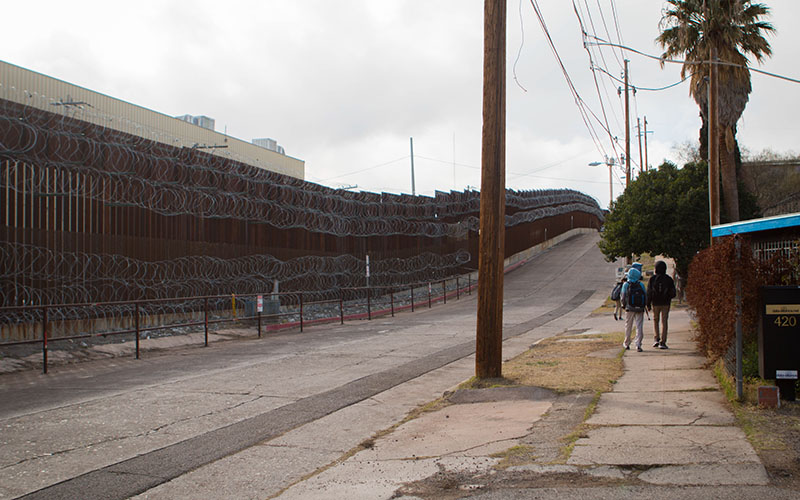 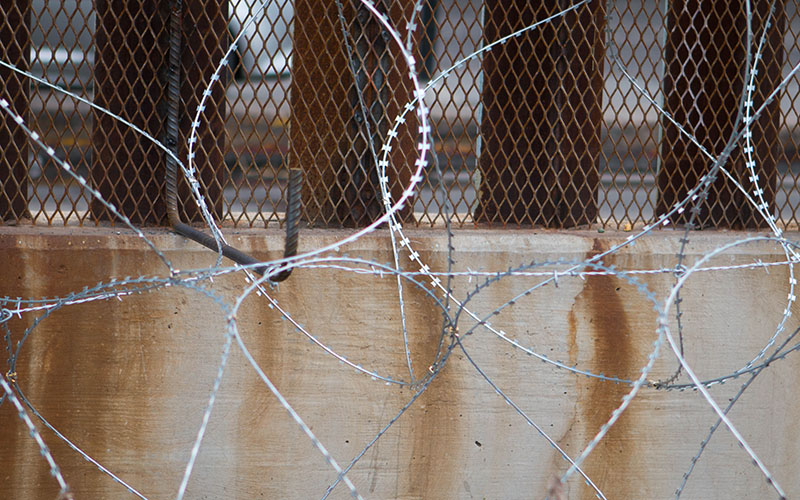 Concertina wire has razor-sharp blades that are meant to entangle and deeply cut victims. Nogales residents worry that the wire is a safety concern, especially for children. (Photo by Delia Johnson/Cronkite News)

The resolution demands that Customs and Border Protection immediately remove the wire.

It also states that the city’s development code bans the use of this type of fencing in areas other than commercial or industrial storage areas and only at a minimum height of 6 feet.

Christine Courtland, a resident who frequently walks by the fence, said the additional wiring will potentially scare away visitors, the economic backbone of the city.

“I have never seen anything to make a border crossing look more like a war zone than this,” she said. “I’m absolutely insulted.”

Before city officials passed the resolution demanding removal of the wire, Nogales residents filed into the small government building on the west side of North Grand Avenue to express their displeasure.

“That razor wire against the wall, it made me want to cry. It truly did,” said Sherrie Nixon, who has lived in Nogales for 33 years.

According to Mayor Arturo Garino, Border Patrol crews began installing the concertina wire on the lower parts of the fence Feb. 1 to fulfill orders from Customs and Border Protection to fortify the border.
Until then, the wire had been strung only at the top of the fence.

In a statement, a CPB spokesperson said the additional wire was installed in response to a request for additional support in high-risk urban areas commonly exploited by criminal smuggling organizations. It said CBP is constantly evaluating operational needs and that, currently, there are no plans to remove the wire.

The city council’s resolution said that concertina wire strung along the ground typically is found only on a battlefield or in a prison setting. 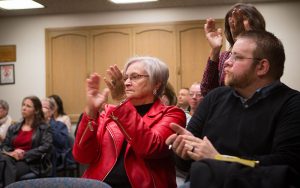 Garino said that if the city council agrees, officials will “probably start working on a lawsuit” against the federal government.

Garino is concerned the concertina wire will be a safety and economic threat.

“I fear the day that one of our firemen or police officers have to go there because somebody fell into the wire and they need to excavate that person out of there,” he said.

Due to the unsightly wire’s proximity to commercial businesses, Garino said it will deter tourists from the U.S. and shoppers from Mexico, a large component of the city’s economy.

“The first thing someone is going to think is, ‘What is on the other side that I’m so afraid of?'” the mayor said.

Cesar Lopez grew up along the border and has witnessed the progressive increase in security.