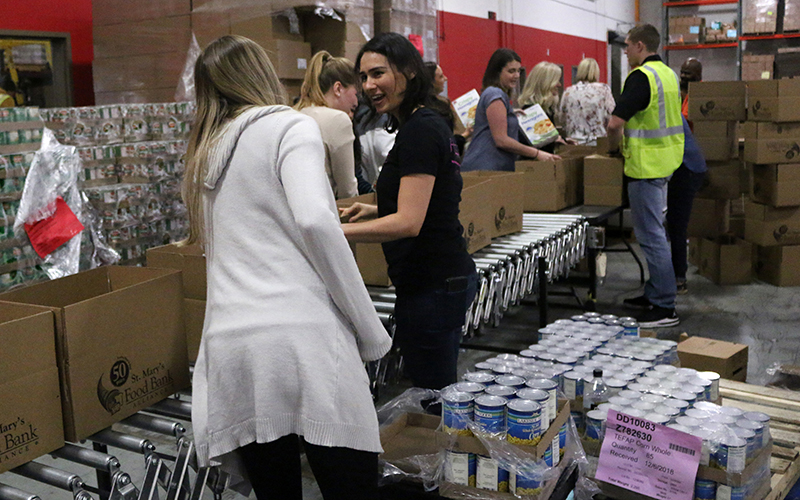 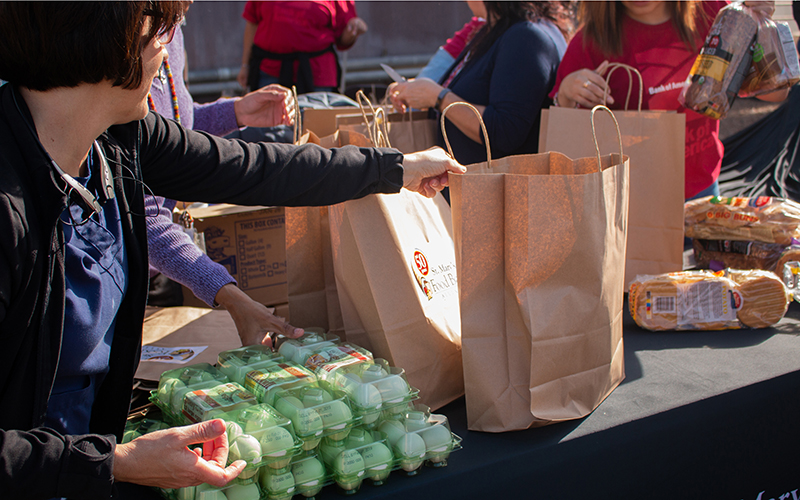 PHOENIX – Food banks across Arizona launched mobile services to help federal workers during the recent five-week shutdown, which taught them how to prepare for the possibility of another shutdown.

He said the 35-day shutdown taught food banks some lessons.

“We’re doing our homework on trying to figure out where are the places we need to go if the shutdown happens again,” Brown said. For example, the bank might expand its mobile locations to reach more federal employees in Arizona, such as prison workers and Coast Guard workers.

The Feb. 15 deadline for congressional leaders and President Donald Trump to come up with a funding agreement is looming, with Trump still requiring authorization of a border wall.

It’s unclear whether there will be enough donations if there’s another shutdown, Brown and other food bank leaders fear.

“We collect food in November and December, and we expect that food to last us until April or May,” Brown said. “We get a large share of our donations during that time. We had to use a lot of our donations in the month of January that we didn’t expect.

“We definitely need donations to help. Not that we need food today or tomorrow, but to help us replenish the stock pile that we normally have during this time of year. Canned fruits and vegetables, peanut butter, canned tuna, those are the things that we need the most.”

Angie Rodgers, president and chief executive of the Association of Arizona Food Banks, said its network of the state’s five food banks received plenty of donations for the first shutdown, which began three days before Christmas.

“We were very blessed to have obviously have some wonderful donations around the holidays, we have lots of commodities, and lots of products from grocery stores,” she said at the time.

Brown said he has seen former volunteers return to the food bank – this time to use the services.

“They’ve been on the other side, and they never thought that they would find themselves in this situation – but here they are,” he said.

Bryan Bentley knows what it’s like. A lead officer for the Transportation Security Administration at Phoenix Sky Harbor International Airport, he was one of about 800,000 federal workers who weren’t paid in January, He both volunteered and received food from a mobile food drive at a church in Queen Creek.

“My family is struggling as much as anyone,” Bentley said as prepared boxes of food for delivery during the shutdown. He said his extended family and the church community worked to help when the paychecks stopped.

Bentley, executive vice president of AFGE Local 1250, a union for TSA employees in Arizona and Nevada, said union members also are reaching out and receiving help from the community.

“The union, we’ve been trying to look at all different avenues, working with local businesses,” he said. “People have been dropping off some donations, non-perishable items to our union office.”

The Arizona Department of Economic Security and officials in other states also released February benefits from the Supplemental Nutrition Assistance Program (SNAP) two weeks early. That was planned as a relief valve for Arizona’s nearly 320,000 low-income recipients, but they still have to wait until March for more benefits, according to an Arizona Department of Economic Security news release.

“We’re hoping that they will budget their food correctly so that their food stamps will last throughout the month,” Brown said. “If they don’t, we expect that we’re going to see them coming to food banks for help.”

Rodgers said this week that food bank resources could last if a shutdown recurs but it’s difficult to know for sure, especially if SNAP recipients also need help.

“It’s hard to estimate what that need and demand would look like, given the large populations that we already serve,” Rodgers said. “If we were only talking about federal employees, I anticipate we would have enough food.”

But if SNAP recipients need help, “we do not have enough food or support for to be able to meet that need,” she said.

CORRECTION: A previous version of the graphic, shown above, incorrectly stated how many people received emergency food help from the Association of Arizona Food Banks each month, on average, in 2018. The number is 450,000.