TEMPE – As college football players, coaches and fans tune in to bowl games across the country, one select group is staying busy preparing for the big games: the groundskeepers. 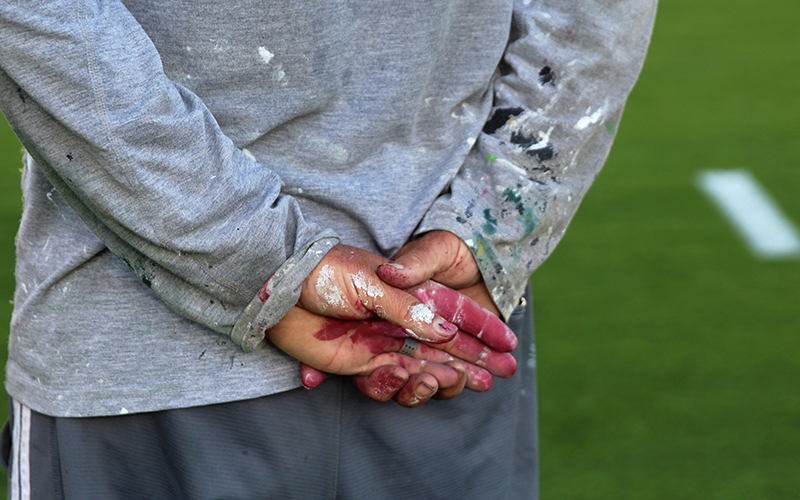 “It isn’t just a field to me,” he told Cronkite News at the start of the season. “I’m walking around and treating it like it’s my child.”

Johnson’s work is known throughout the country. He also has painted all but one Super Bowl field in the past 21 years.

His skills were on display Wednesday at the Cheez-It Bowl, played at Chase Field in Phoenix. (Texas Christian University beat the University of California, 10-7, in overtime.)

He has painted the field for that game since it was the Insight Bowl in Tucson, he said via Twitter message.

Johnson noted that his crews don’t use stencils; they brush the outline of all the logos and team names by hand – much as they do at Sun Devil Stadium.

“We’re probably the only school in the country that doesn’t use a big stencil for those letters,” he said of ASU’s field. “We have it all drawn, hand drawn on graph paper, and we run strings and tape measures and paint brushes and outline our letters.”

“We have probably one of the top three best fields, top five … in the country,” ASU quarterback Manny Wilkins told Cronkite News in August. “I make sure I let him know how appreciative I am.”