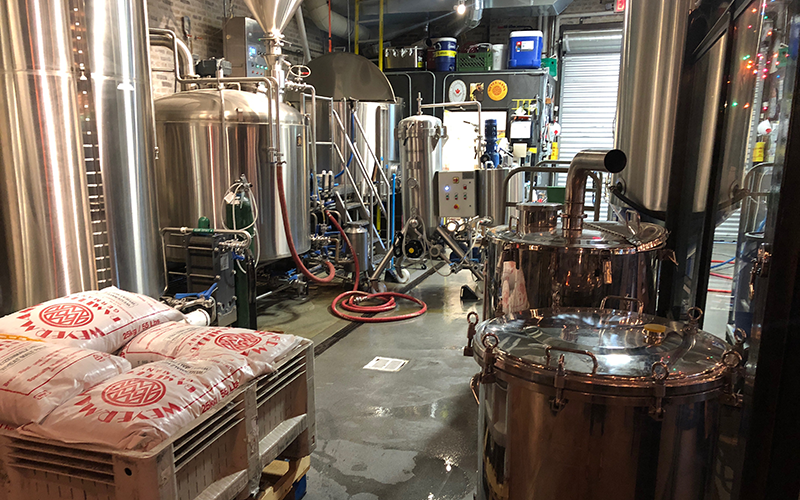 At Pedal Haus Brewery in Tempe, head brewer Derek Osborne said rising temperatures have affected beer production for more than two decades. Arizona breweries largely depend on Canada’s barley, so if farmers there have a bad year, brewers in Arizona pay more for the grain. (Photo by Samie Gebers/Cronkite News)

PHOENIX – Climate change could double your beer tab, according to a recent global study, and craft breweries fear they’ll be hurt the most.

The study, published in October in the peer-reviewed online journal Nature Plants, suggests that the barley supply could decrease up to 15 percent over the next several decades due to ongoing drought and rising temperatures.

One likely effect: A sharp rise in the cost of a frosty pint of beer.

Rob Fullmer, executive director of the Arizona Craft Brewers Guild, which represents more than 100 breweries in the state, said craft breweries will feel the impact of tight barley supplies more than big beermakers, such as Heineken and Anheuser-Busch.

“We’re more price-sensitive,” Fullmer said. “We’re more sensitive to delays in product, and that’s what we’re seeing. (Suppliers) are going to be taking care of the bigger customers before they take care of us.”

A 2016 study by the Beer Institute, a national trade association for the U.S. brewing industry, found that Arizona’s beer industry employees more than 23,000 people, from brewers to retailers. The economic impact? More than $2 billion a year.

For Pool and other smaller brewers, cost fluctuations can have disproportionate effects because of the money they sink into their businesses. Each of the seven fermentors he owns cost about $20,000. 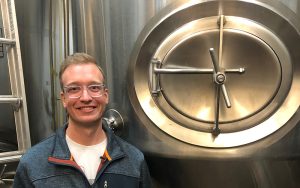 “It costs us a lot more to make a barrel of beer than it does MillerCoors or Anheuser-Busch,” Drew Pool, said co-founder of Wren House Brewing Co. in Phoenix. “Any little change affects us a lot.” A recent study finds climate change will increase the cost for a pint of beer because barley supplies will decline. (Photo by Samie Gebers/Cronkite News)

“We haven’t taken a dime out of the business yet, and we’re four years in,” Pool said.

The study, written by researchers from around the world, projected different scenarios based on the impacts of climate change. In the most extreme climate scenario, prices on average would double and beer consumption would fall. The study did not give a timeline for the predicted price increase.

Derek Osborne has 22 years of brewing experience, and as head brewer for Pedal Haus Brewery in Tempe, he already has seen rising temperatures affect production every year.

Arizona breweries largely depend on Canada’s barley yields, he said, and when farmers have a bad year in the north due to heat or lack of rain, brewers in the Southwestern U.S. have to pay more for their barley.

Osborne said breweries try to cope with the bad years by contracting and buying more ingredients when favorable weather produces abundant barley harvests. But as temperatures continue to rise, as U.S. environmental scientists predicted in a report released after Thanksgiving, there likely will be fewer years where that’s the case.

“There’s always concern, personally, of global warming and what that’s going to do to the future of our business and our city, everything, ” Pool said.

“That’s worst-case scenario,” Pool said. “We would adjust as a business.”

But climate change could raise costs across the board for small brewers, not just the price of barley. Transportation costs and electricity rates can affect a business just as much as the cost of ingredients, Fullmer said.

But businesses and farmers are constantly looking for ways to adjust to the ever-changing climate.

“In some cases, it will raise the price of the beer. In other cases, businesses will assume those costs,” Fullmer said.