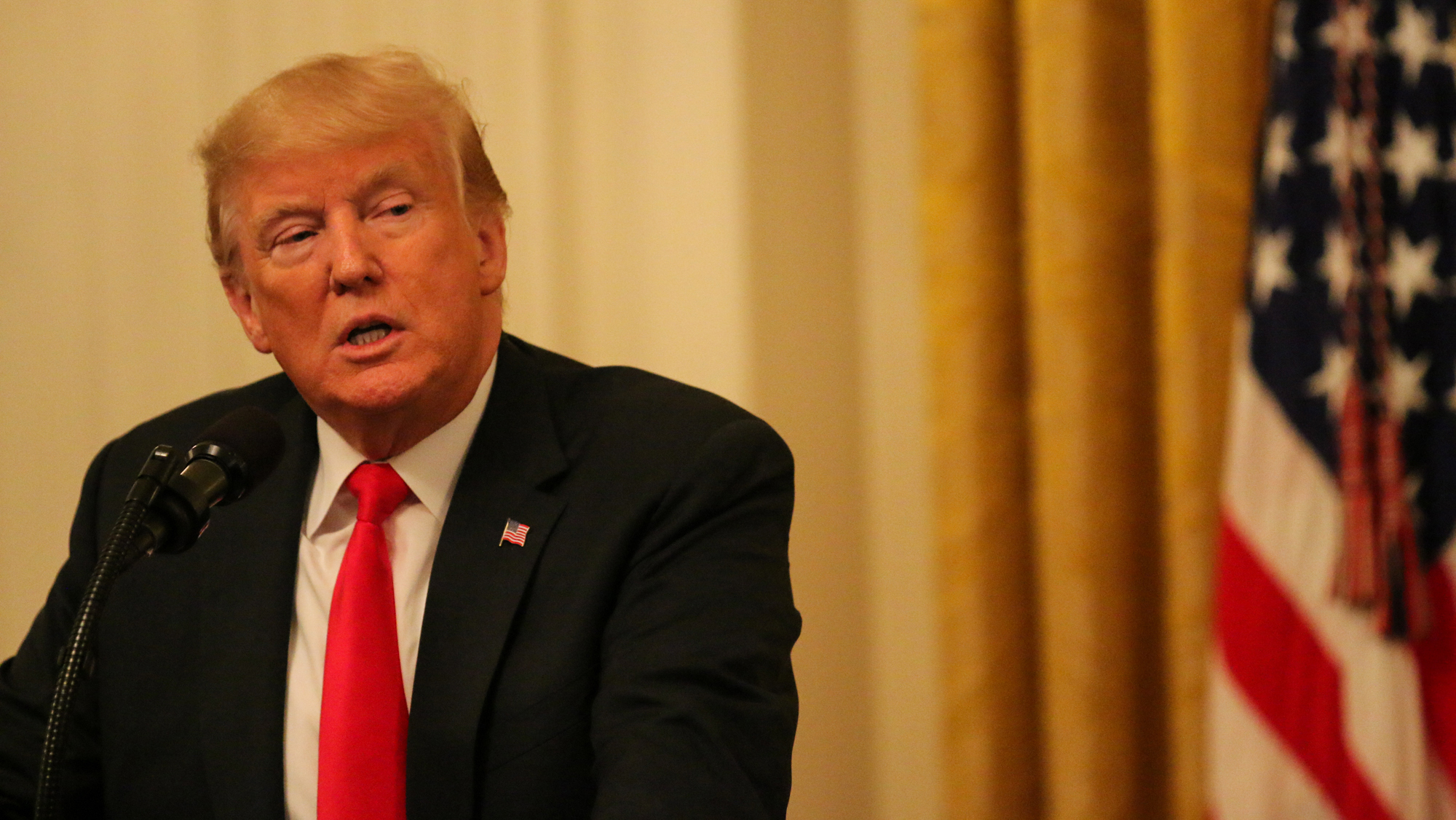 U.S. District Judge Jon S. Tigar late Monday ruled that a Nov. 9 policy to deny asylum to immigrants if they do not turn themselves over at designated ports of entry “irreparably conflicts” with the Immigration and Nationality Act.

Tigar cited language of the act that says “any alien who arrives in the United States, irrespective of that alien’s status, may apply for asylum – ‘whether or not at a designated port of arrival.'”

“Whatever the scope of the President’s authority, he may not rewrite the immigration laws to impose a condition that Congress has expressly forbidden,” Tigar wrote.

He agreed with plaintiffs in the case who argued that letting the policy take effect would cause immigrants to “suffer irreparable injury” and face “increased risk of violence and other harms at the border.”

Tigar ordered the administration to return to the previous way of processing asylum applications and set a Dec. 19 hearing to determine if the injunction on the policy should be made permanent.

In a joint statement, the departments of Justice and Homeland Security said they will definitely defend the president’s use of his “authority to address the crisis at our southern border.”

The statement from DHS spokeswoman Katie Waldman and Justice spokesman Steven Stafford said the current asylum system is “being abused by tens of thousands of meritless claims every year.”

“It is lawful and appropriate that this discretionary benefit not be given to those who violate a lawful and tailored presidential proclamation aimed at controlling immigration in the national interest,” their statement said.

The suit was filed by the American Civil Liberties Union, the Southern Poverty Law Center, and the Center for Constitutional Rights, who argued that the asylum rule would have endangered immigrant lives and violated the separation of powers.

Administration officials called it “absurd” that those advocacy groups were found by “activist judges” to have standing to sue “so that illegal aliens can receive a government benefit to which they are not entitled.”

But attorneys for the advocates said the asylum law is clear – and the administration clearly violated the law.

“There is no justifiable reason to flatly deny people the right to apply for asylum, and we cannot send them back to danger based on the manner of their entry,” ACLU attorney Lee Gelernt said in a written statement. “Congress has been clear on this point for decades.”

“I think that rather than spending a lot of resources just whacking at the situation, people with values, moral values, can sit down at the table and try to figure out what’s going on,” said Petra Falcon, founder of Promise Arizona, a nonprofit that aims to build Latino political power.

Trump, speaking to reporters before heading to Mar-a-Lago for Thanksgiving, said he would “file a major complaint” in the case, adding that Tigar was appointed to the bench by former President Barack Obama. He added that the Northern District of California, where Tigar sits, is part of the U.S. 9th Circuit, which he called “a disgrace.”

“This was an Obama judge and I’ll tell you what, this is not going to happen anymore,” Trump vowed. “It means an automatic loss no matter what you do. People should not be allowed to immediately run to this very friendly circuit and file their case.”

But Falcon said the court did the right thing, adding that immigrants crossing the border need to get “due diligence” on their asylum applications, and that this ruling might bring them one step closer to getting it.

“There’s a reason people are seeking asylum, and they need to be heard,” she said.