Dr. Osaf Ahmed has been a primary care provider in Show Low for almost a decade. His passion is assisting patients in communities that don’t have easy access to proper medical services. “I’m proud of where I am from,” he said, “but I think I’m prouder of where I am today.” (Photo by SuElen Rivera/Cronkite News)

For Ahmed, who came from Pakistan in 1995, this city in the White Mountains of eastern Arizona is home.

The former international medical student has lived in this underserved community of 12,000 and other small Arizona towns for nearly a decade, performing the sorely needed job of primary care physician.

U.S.-trained foreign doctors have been practicing in rural areas throughout Arizona for years, filling the demand for primary care providers, known as PCPs. Arizona ranks 42nd in the nation for the number of active primary care physicians per 100,000 residents, and, according to the University of Portland, 23.3 percent of doctors in Arizona are foreign born. 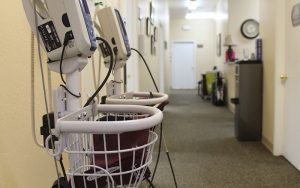 Ahmed came to the U.S. dreaming of becoming a doctor, although his journey wasn’t always easy, especially when it came time to apply for proper immigration status.

Ahmed first had to apply for a visitor visa before he was matched with a training hospital and approved for a student visa, known as a J-1 exchange visitor visa. The process of obtaining that visa was hard, he said, because he had only about a month to get it after being matched with a hospital – in his case, Staten Island University Hospital in New York.

When he finished his education, he said he was offered a job in Springerville, where he worked for more than a year as a primary health care provider. The position also allowed Ahmed to continue working in the U.S., and it’s where he first got his start in helping rural communities.

What’s now called the J-1 Visa Waiver Program, which is managed by the Arizona Department of Health Services, allowed Ahmed to continue practicing in Arizona. The program, which currently accepts only 30 applications from foreign-born doctors who have obtained a J-1 visa to study in the U.S., gives these doctors a three-year residence permit to work specifically in medically underserved areas.

H-1B visas are granted to workers with graduate level education in specialty occupations, such as engineering, mathematics, science and medicine for a minimum of at least three years.

Recently, however, the Trump administration has narrowed the number of people who can migrate to the United States, and it is working on revising the special occupations and definition of employment regulations under the H-1B visa, possibly deterring foreign international students from choosing to work in underserved communities like Show Low. 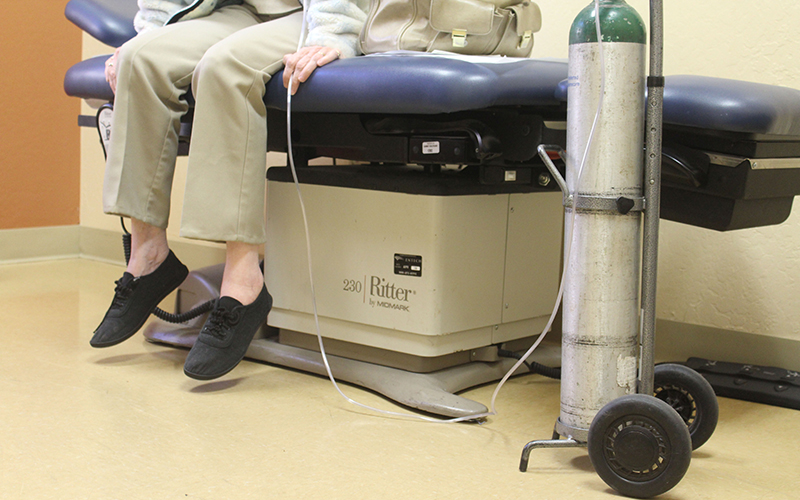 Arizona ranks 42nd in the number of active primary care physicians per 100,000 residents, and nearly a quarter of doctors in Arizona are foreign born, studies say. (Photo by SuElen Rivera/Cronkite News)

That’s a lot of patients in a single day, but options are few.

“The rural health is so important. These people can’t commute 3½ hours to Phoenix just for a minor problem,” Ahmed said.

Out of the 30,000 first-year residency positions available across the country, 7,000 are devoted to international medical graduates, with about 3,000 for U.S. citizens and about 4,000 for foreign-born – which means foreign-born doctors play an important role in the delivery of health care, according to Heidi Chumley, executive dean of the American University of the Caribbean School of Medicine. 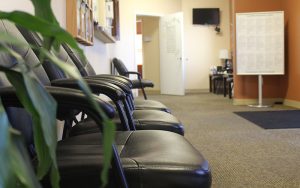 Summit Healthcare Internal Medicine serves many patients in the Show Low area who are older and unable to travel long distances to see a doctor. (Photo by SuElen Rivera/Cronkite News)

For some patients living in rural areas, being treated by a foreign doctor is the only option they have.

Earl Richmond, who moved to Show Low 12 years ago, had three doctors before finding Ahmed.

“When I find a good doctor like the one I have here – he’s great,” said Richmond, 77. “What he does is try to figure out the problem that you have and then send you to somebody that can really take care of that problem.”

Other patients need advice on which specialty doctors to visit. For Sean Recob, who is transgender and needs specialized treatment, living hours away from a big city makes it difficult to find doctors who can help him.

“The smaller towns typically tend to have more close-minded communities sometimes, but to begin with that, less doctors means there is less people to handle such,” Recob said. “Most of it has been my own research. Obviously, there’s not really a specialist for it anywhere in Show Low, or anyone near except for Phoenix.”

Recob originally found his own primary care provider, but when she relocated, she recommended Ahmed.

“It’s really a dream to come to America, but there are so many steps which need to fall into the right place before you get here,” he said. “I’m proud of where I am from, but I think I’m prouder of where I am today.”