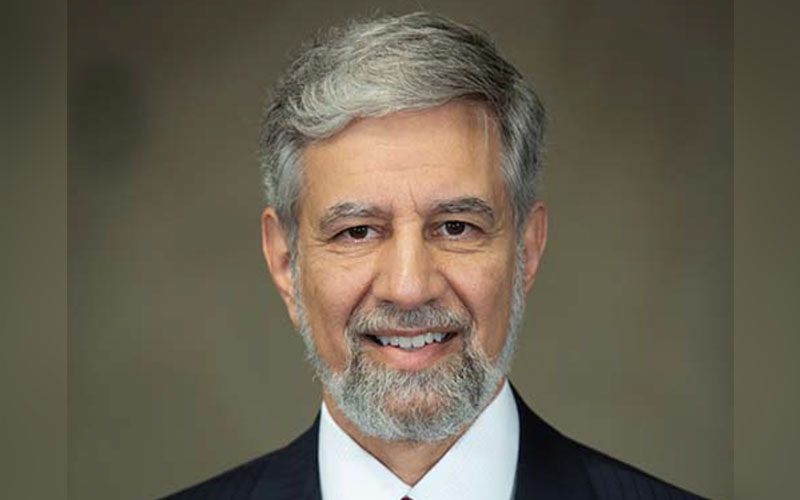 Steve Gaynor is a Republican running for Arizona Secretary of State against Democrat Katie Hobbs. Gaynor, a successful businessman stated on his website, “I will bring order, discipline and accountability to voters and I will work hard to end illegal voting.” (Photo courtesy of Steve Gaynor for Secretary of State)

EDITOR’S NOTE: Steve Gaynor did not respond to multiple requests for an interview. Because he did not respond to questions about his priorities and qualifications, Cronkite News is publishing information about his candidacy based on web research, statements issued by his campaign and media coverage.

Gaynor is relatively unknown in state political circles, although he has lived in Arizona nearly four decades.

A graduate of Harvard Business School, he came to Phoenix 37 years ago. He bought a small printing plant in west Phoenix, expanded it and eventually bought printing plants in Denver and Los Angeles, according to his website. He still owns the Los Angeles plant.

In interviews, he has said his business background gives him an advantage in this race.

During a debate Oct. 3 on Arizona PBS, he said he is running for secretary of state “because the office was broken. I am running to fix it so that everyone can get good service from the office, and we can get good elections.”

As an example of a problem, he said the Secretary of State’s Office failed to send out 200,000 information packets on Proposition 123 in 2016. He said it is an example of how lack of quality control and proper procedures can lead to errors.

In the Arizona PBS debate, he said the office, with its 200 employees and $25 million budget, is smaller than operations he has led.

He also said officials need to take cybersecurity more seriously. “Malicious interference” in elections is a serious threat, he said.

Gaynor also vowed to rebuild relationships with all 15 county recorders.

“I will bring order, discipline and accountability to voters, and I will work hard to end illegal voting,” he is quoted as saying on his website.