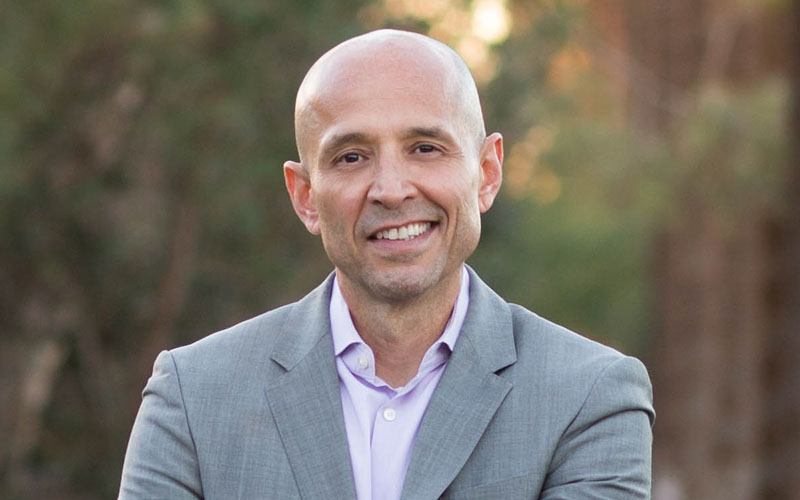 “The biggest issue out there without question is public education,” Garcia said. “When at the end of the legislative session, you have 75,000 teachers walking out, looking for and demanding better public school conditions, that is without a question the No. 1 issue.”

Garcia, 49, said he would change this by improving funding for education. He plans to put existing revenue into public education, eliminate tax credits that funnel public education dollars to private schools and reduce tax exemptions or corporate loopholes that drain money out of the general fund.

Garcia said Arizona needs a dedicated revenue source so teachers can “rest assured that the Legislature in the future is not going to hack away at public education funds.”

Additionally, Garcia said he wants to get creativity back in the classroom by de-emphasizing standardized testing, which he said takes creativity and innovation away from teachers.

“There are no multiple-choice questions in life,” he said. “I’d like to see us get back to teaching again.”

Instead, he said he’d focus on schools that offer not just high school diplomas but real-world skills. He pointed to Southwest Leadership Academy’s programs, which allow students to receive certificates in cosmetology, drone building, or barber school programs alongside their diplomas. He also cited Phoenix Union High School’s coding academy and schools that offer Advanced Placement classes, college courses, or certificates for being bilingual to do business in Spanish.

He said education is important not just for students and their families, but also for economic development.

“Over and over and over again, companies say much the same thing: Arizona has a lot going for it, but lacks investment in public education and lacks a highly skilled workforce,” he said.

Garcia pointed to Arizona’s water crisis and the stress people put on natural resources as topics that come up a lot, particularly in rural Arizona.

“People come to Arizona to enjoy its natural beauty, and I believe it’s an issue that a lot of Arizonans care about,” he said. As governor, he said he would bring all stakeholders together to have a tough conversation about water and water resources in the state.

“I will look Arizonans in the eye and tell them we are committed to working hard for affordable, accessible health care, regardless of who you are and where you are in Arizona,” he said.

Garcia said Arizona could allow residents to buy a Medicaid-based public insurance option to use as a safety net.

Garcia said he has the support of teachers because they know he understands them.

If he wins, Garcia said, “for the first time in a long time, we will have a governor who is an educator. It will be a very different view of the world.”

Garcia also pointed to his experience as an educator at ASU as well as his work helping manage a statewide education agency as experience that could help him lead the charge to improve public education in the state. Garcia served as the associate superintendent of public instruction in Arizona from 2000 to 2002.

“I know what it’s like to be in an executive position, working with and moving the state forward,” he said.

In addition, he’s an Army veteran, which he said “matters to a lot of people who are looking for integrity in public service again.” He served as an infantryman from 1987 to 1989.

“We are going to win this campaign with people power,” Garcia said.

Garcia said the campaign has been a grueling experience, and dealing with the negative advertising has been his biggest personal challenge.

“We look forward to winning, despite all of the fear and negativity that’s out there, and when we win, getting back to a conversation that’s policy-oriented, that’s positive, and it’s not going to be based off of hit pieces and fear,” he said.

When he was in camp in high school, Garcia heard an expression he said he still lives by: “To G-E-T, you have to A-S-K.”

Garcia said he spends a lot of time on Facebook Messenger, “just because there’s so much communication that comes in through our social media.” He said it’s important to connect with the segment of Arizona that gets their information on social media, and in a campaign, it’s essential.

“Get out there and vote,” Garcia said.

“A lot of Arizonans have heard from ads and negativity out there. Now it’s time to hear from the people of Arizona.”