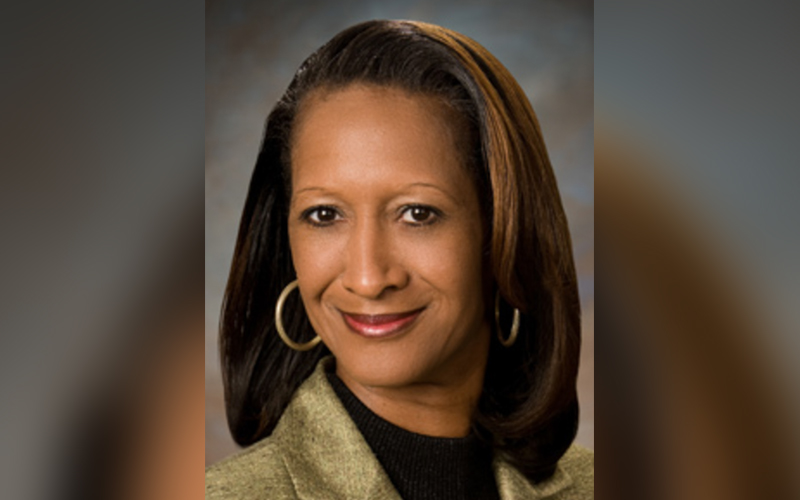 A headshot of Arizona Corporate Commission Candidate Sandra Kennedy. Kennedy has previously served on the commission once from 2009-2013. Photo Provided By: Campaign Manager Steve Brittle.

Kennedy’s main goal is rid the Arizona Corporation Commission of corruption and restore integrity. Kennedy, who served on the commission from 2009 to 2013, calls the regulatory agency “the Corruption Commission.”

A poll by High Ground Public Affairs Consultants in August 2017 reported that more than 65 percent of Arizonans thought the five-person commission has been corrupted by outside influences and spending.

“We can start there by working with those small water companies and implementing conservation measures,” she said.

Corporation commissioners can’t talk to all those companies at once but, when they come in for rate increases and to repair infrastructure, commissioners can address conservation measures at that time, Kennedy said.

Her third issue is that the Corporation Commission isn’t the “bright, sparkly gem” it should be when it comes to serving the public. In addition to regulating public utilities, the commission’s responsibilities include facilitating the incorporation of businesses and organizations, securities regulation and railroad/pipeline safety.

Kennedy said she discovered that disfunction firsthand when she filed paperwork to start the incorporation process for a foundation in 2017. Even though she paid an extra fee to expedite the process, it took three months instead of a week to 10 days.

“I found they have had multiple new computer systems installed that aren’t really operating the way they should be,” Kennedy said. “So, the very people who need that system to be up and operating have not had it functioning for over a year and a half now.”

She said she would try to make improvements in all those areas if returned for another term on the commission.

“The commission has been bought and paid for by one of the biggest monopolies in the state,” Kennedy said. “The customers don’t have the benefit of choosing A, B, C or D as their utility company.”

Having only one company from which customers must purchase power, water or sewer services puts many people in a bind, she said.

If she is elected to the commission, Kennedy said she would try to make sure ratepayers get good service at fair rates.

In addition, Kennedy said Arizona needs to generate more of its power from renewable energy sources. She says Arizona should become the solar capital of the world.

“Three hundred sixty days out of the year, we have an abundance of sunshine. We’re not utilizing that sun.”

Kennedy, 57, pointed to her extensive experience in politics, including her previous four-year term on the commission.

“I don’t need any on-the-job training, I can hit the ground running,” she said.

In addition, she also served 12 years in the Legislature, half in the Senate and half in the House, and did a term on the Phoenix Union High School Governing Board.

“I know as one individual I can’t do it by myself,” Kennedy said, pledging to work hard to get the other commissioners’ support on issues she’s concerned about.

What is a quote or advice you live by?

Kennedy recalled a quote that her mother often recited:

“Remember where you come from. Remember the people that you see going up the ladder. When you fall from that ladder, remember those same people you’re going to see coming down that ladder.”

What app on your phone can you not live without?

She didn’t specify a particular app but said, “I don’t think now that I could live without my phone.”

She said she is a big proponent of Proposition 127, which would require state-regulated utilities to get half their electricity from renewable energy sources by 2030.

“I’d like to get back to the commission and help implement clean and healthy Arizona energy (policies),” Kennedy said.