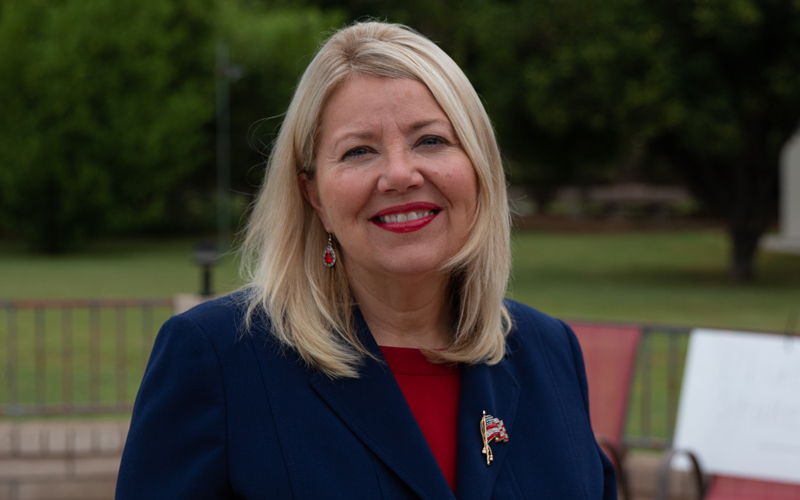 “The Number 1 job of government is to protect its citizens,” said Lesko who serves on the House Committee on Homeland Security, where she said she has advocated for increased border security and military funding. Lesko mentioned protection from terrorist activity as motivation for national security reform.

Lesko, 59, is new to Congress, although not new to Arizona politics. She won her seat in Congress in a special election in April, replacing Trent Franks, who resigned in December amid sexual misconduct allegations. She is running for the second time in seven months against Democrat Hiral Tipirneni. The seat includes most of the north and west part of the Valley.

She also was a member of the Arizona Legislature from 2009-18.

Education is another concern Lesko would like to address if re-elected Nov. 6.

She has volunteered at her children’s school and works as a school site council member.

“We need to make sure that our students are qualified to compete in the world society,” Lesko said.

While she fights for increased funding in public education, she also said it is important that citizens have an opportunity to keep their hard-earned dollars in their pockets, which is why she voted in late September to support what has been called “Tax Cuts 2.0,” which would extend individual tax cuts beyond seven years, when they are supposed to expire.

The average family in her district will keep about $1,200 to $2,600 per family in their pocket this year, she said.

“I have never seen a tax that I didn’t want to cut.”

She said the work that she completed during her nine years in the Legislature, in addition to what she’s done in Congress over the past five months, have made her a qualified candidate.

“I have built a reputation of trying to communicate and listen to my constituents to really help them get things done,” Lesko said.

Communication is one of the most important aspects of her work, she said, and she has a track record or working across party lines. She said helped pass pension reform for firefighters and police in Arizona by working with both Republicans and Democrats in the Legislature.

“I really like eating food … and as you get older, it’s hard to stay on a diet. I wish I could be more disciplined on that,” Lesko said.

“’Be yourself. Don’t be something that you’re not.’ I think this is good advice because it’s got me this far.”

“In Washington, D.C., the app that I use is Uber,” she said, adding that traffic congestion is terrible in the capital.

Is there anything else that you would like to add?

Lesko said she urges people to subscribe to her newsletter to stay updated on what she is doing to help her constituents. The newsletter can be found on her House website.