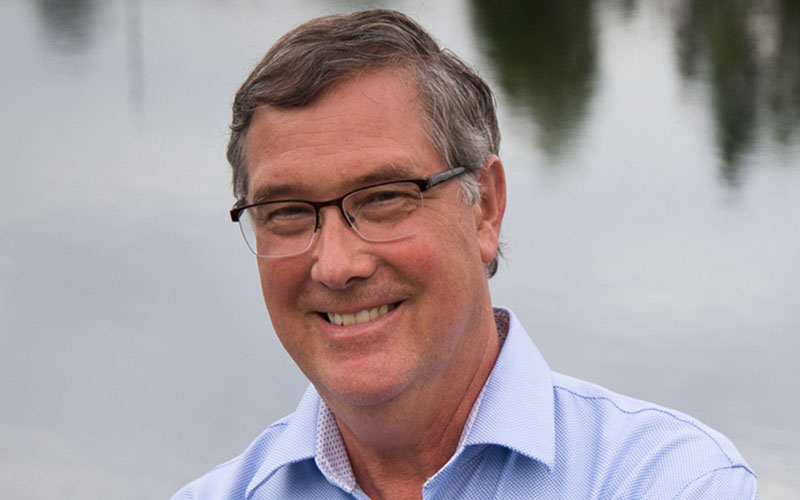 David Brill is the Democratic nominee for the 4th Congressional District’s seat in the Nov. 6 election. (Photo courtesy of Brill for Congress)

Health care. Brill said his experience as a doctor and hospital administrator working with veterans has informed his political views. He said he wants everyone to have access to stable, affordable coverage.

“The easiest, fastest, simplest way to get there is to just make Medicare available voluntarily, as an option for everyone,” Brill said.

Brill vowed to challenge the pharmaceutical companies if elected, saying they use their financial influence to obstruct health care reform in Congress.

Improving rural infrastructure is important, he said, noting that his district includes many rural communities. He said he would propose legislation to create more jobs, particularly through renewable energy, with an emphasis on solar.

Education is also important to Brill, who said he would encourage Congress to take steps to encourage more people to become teachers by pushing for student-loan debt forgiveness for teachers. Teachers also need to be a properly compensated for their work, he said.

Telemedicine was a focus of some of his work at VA, and he would like to see it strengthen in the remote parts of Arizona.

What in your past work, political or volunteer experience makes you a better choice for this office?

Brill, 65, said his educational and work background qualify him to tackle the diverse issues before Congress, especially issues in health care, education and small business.

“These are the topics that our lives are made out of, and that all of us who are working hard to get by care about,” he said.

Brill has masters’ degrees in public health and education, and he earned a medical degree in 1991 from Stony Brook University in New York. Before joining the Department of Veterans Affairs, he was a businessman and a teacher. He founded three companies doing international business.

Brill described himself as having a hands-on management style throughout his working life. It is a challenge to let his campaign team do the day-to-day managing, he said, but it has allowed him to spend more time with voters and on other important issues.

Brill prizes a quote from a former boss: “If you treat other people as you want to be treated, you won’t be far off target.”

Text messages capture his attention, he said. Other apps or forms of communication don’t resonate with him.

Brill said he was disappointed his opponent turned down an offer to debate on Arizona PBS.

“Our voters deserve a side-by-side debate with Congressman (Paul) Gosar and me,” Brill said.