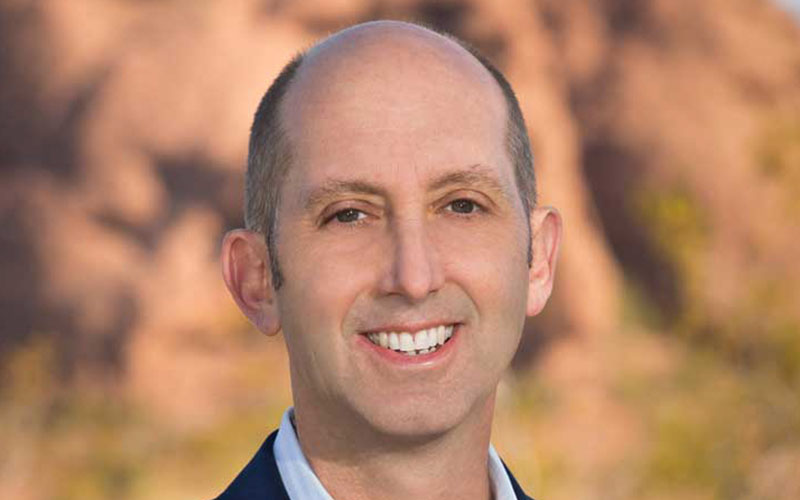 Steve Ferrara is the Republican candidate to represent Arizona’s Congressional District 9. A physician with 25 years in the Navy, he describes himself as a “servant leader.” (Photo courtesy of Steve Ferrara for Congress)

Ferrara said he’s concerned about the future of our educational and health care systems. Both issues, he said, “speak to our country’s investment in human capital, educating our youth and (in) having a healthy community.”

Ferrara emphasized that the state spends most of its money on education and its alternative form of Medicaid, the Arizona Health Care Cost Containment System (AHCCCS).

“We put billions of dollars into these two issues, so it is really important we get each one right,” Ferrara said.

His first goal if elected would be to help stabilize educational funding to ensure attractive compensation for teachers.

“If you want high quality people, if you want the best … you should pay them well,” Ferrara said.

In addition, Ferrara said he wants to increase state control of the education system. He said autonomy will empower local parents and educators to care for students most effectively – free from a federal “one-size-fits-all” education system.

Ferrara also said he wants to increase autonomy in the health care system by enabling state control of Medicaid funding.

“More autonomy will free up those dollars” and allow Arizonans to decide the best ways to use health care funds to care for the variety of populations our state serves, Ferrara said.

He said his experience as a military medical doctor could help him produce a better health care system for the country.

Ferrara’s website lists 11 issues important to his campaign; the first is veterans.

What in your past work, political, or volunteer experience makes you a better choice to hold this office?

As a 25-year Navy veteran and former Navy chief medical officer, Ferrara said his experiences working in disaster and combat taught him a lot that could help him in Congress, including the benefits of bipartisanship.

He cited two experiences in particular. In 2004, after an Asian tsunami left more than 230,000 dead, he spent months helping the victims aboard the USNS Mercy, a hospital ship. In 2009, he volunteered to be the first of his specialty to go into combat in Afghanistan, where he deployed what a Wall Street Journal story reported as pioneering life-saving endovascular techniques.

“Veterans are bipartisan because we are used to working as a team,” he said. “We’re used to problem-solving.”

He also pointed to his stint on Capitol Hill as a National Academy of Sciences fellow, where he worked with Republican and Democratic members of Congress to draft bipartisan legislation to transform Medicare Part B.

“When I worked with (members of Congress), I never doubted their motives. Even though we didn’t wear the same color jersey, I know in my heart that we wanted to accomplish the same thing, which was to improve health care,” Ferrara said.

If elected, Ferrara said he would approach his work with mutual respect for all – believing that partisanship does not create durable results, but instead it creates suffering among the American people.

“I try to be really introspective. I try to be mindful,” Ferrara said, adding that daily reflection is essential to remaining true to self.

Ferrara shared a part of the “Citizenship in a Republic” speech delivered in 1910 by President Theodore Roosevelt. The important portion to Ferrara, “The Man in the Arena,” is framed in his home.

“It is not the critic who counts; not the man who points out how the strong man stumbles, or where the doer of deed could have done them better, Roosevelt said. “The credit belongs to the man who is actually in the arena, whose face is marred by dust and sweat and blood.”

Ferrara compared this quote to the world today, saying Americans need to get in the arena and make a difference in the political system rather than just criticizing it.

“We need people who are willing to run towards the gunfire, and I consider this (congressional race) just another example of that,” Ferrara said.

“I’ll just go wherever (the calendar app) tells me. I have a pretty busy schedule,” Ferrara said.

Ferrara highlighted that if elected, he would be the only military spouse in Congress. His wife is an active duty Navy captain, and he has a daughter and son at home.

“Military families sacrifice a lot. It’s not easy to be the one left behind,” he said. “I think it would be nice for there to be a person in Washington that can empathize with that.”