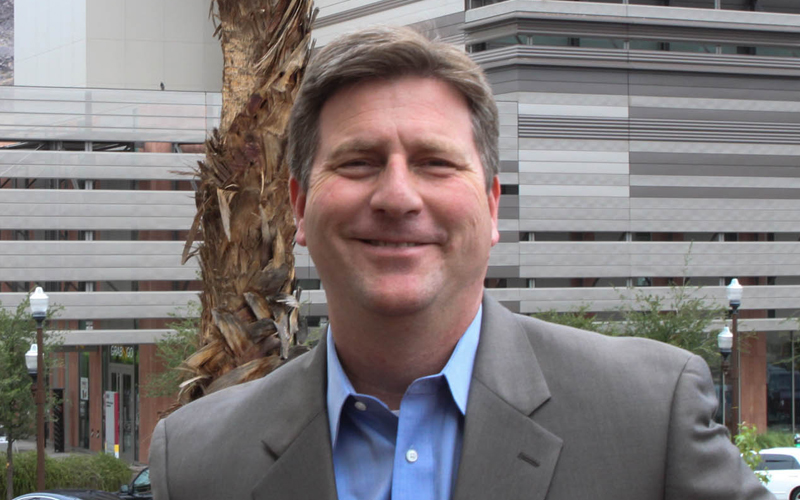 Setting water policies would be one of Stanton’s top priorities.

He said there needs to be multistate conversations about water. Deals he helped negotiate as Phoenix mayor have prepared him to take a leadership role on water issues in Congress, he said.

He pointed to what Phoenix has done to prevent a water crisis, including the city’s partnership with the Gila River Indian Community on groundwater recharging, which he said resulted in less water taken from the Colorado River. The city also partnered with Tucson to allow Phoenix to store long-term water supplies in Tucson’s aquifers.

“We were the most innovative (city) in Arizona when it came to doing unique, innovative arrangements,” Stanton said.

He also mentioned the creation of the Colorado River Resiliency Fund, which he said allows Phoenix residents to pay a portion of their water bill toward water-protection projects, such as forest restoration in northern Arizona.

At the federal level, Stanton, 48, said his goal is to make sure that water can continue to be secured, not only for his district, but the entire state.

“If any part of Arizona suffers, all parts of Arizona suffer,” he said. “I want to be a very strong substantive leader on the issue of water, which is in the great tradition of federal officials representing Arizona in Washington.”

Stanton addressed immigration on two fronts. He vowed to continue the push for comprehensive immigration reform, and he stressed the need for Congress to pass the Development, Relief and Education for Alien Minors (DREAM) Act.

“We have so many young talented people here, that grew up in Arizona, that can’t get citizenship and therefore they can’t take their rightful place as leaders,” Stanton said. “We’re a diverse city, and a diverse community and a diverse state. That’s a strategic advantage.”

He doesn’t see this issue as a challenge but as an opportunity to fix the country’s “broken” immigration system. Stanton said would push for bipartisan, progressive reforms.

“We already have the outline of exactly what smart bipartisan, comprehensive immigration reform would look like,” Stanton said. He referenced the Border Security, Economic Opportunity, and Immigration Modernization Act of 2013 that was introduced by the “Gang of Eight,” which included Sen. Jeff Flake and the late Sen. John McCain. That bill received about two-thirds of the Senate vote but was never given a hearing past that point.

“It would be a huge shot in the arm to get hundreds of thousands of Arizonans out of the shadows fully into the economy if we do this,” Stanton said.

Although he acknowledged the issue is highly contentious, he said his history as a bipartisan leader could make the difference in getting legislation passed in Washington.

As Phoenix’s mayor for six years, Stanton said, he learned that partisanship does not play a factor in success, results do.

Even though City Council members didn’t always agree on every issue, Stanton cited the 130,000 jobs created during his tenure, as well as overseeing the highest wage growth of any city in the country – confirmed by the U.S. Bureau of Labor Statistics.

Stanton said he hopes his history of economic growth and bipartisanship can continue in Washington to benefit all of Arizona.

“People complain about the ‘tribalism’ that’s going on in Washington, D.C. – that’s not me,” Stanton said. “I’m a guy that has a track record of reaching across the aisle and doing the right thing for the people I represent.”

Stanton said one of the biggest challenges he would face would be his family life. With two small children at home, Stanton said his new role would not be easy on them.

“It’s going to be tough flying every week back to Washington,” Stanton said. “I’m lucky to have the support of my family, but I’m not naive (to think that) won’t be a challenge once elected.”

Growing up, Stanton said his parents ran an organization called Christian Needs Network in west Phoenix, which delivered food, clothing, diapers and other needs to migrant workers and their families.

“Their attitude was, if there’s a need, fill it. Don’t make such a big deal about it, just fill it,” Stanton said. “I grew up in an atmosphere in which giving back and helping others, that’s what life’s about.”

Four main apps help get him through the day: Apple Music, Google News, Amazon Kindle and Spelltower, a word game.

“I don’t play throughout the day, but late at night, that’s my kind of unwind game,” Stanton said.

Stanton touted the transportation infrastructure investment that he and the Phoenix City Council passed to increase services in the city. At the federal level, Stanton said he believes he can help lead this overlooked issue based on his experiences.

“When I get there as a big-city mayor, I can really help push an infrastructure bill that would really help move the American economy, jobs and make us more competitive,” Stanton said. “That’s an area I’m really concerned about. … We’re not investing in America.”