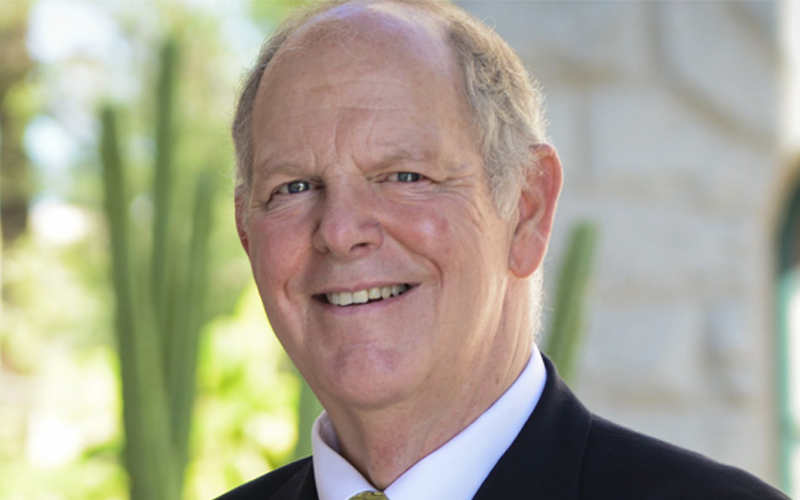 Tom O’Halleran, a Democrat, is running for re-election in Arizona’s 1st Congressional District. (Photo courtesy of Tom O’Halleran for Congress)

O’Halleran’s top priority is making sure Arizonans have jobs that provide for a good life. He plans to address that issue in his sprawling, mostly rural district by fixing broadband internet problems and switching to fiber optics. This will make the area more competitive, leading to better jobs.

“Our university system is doing pretty well, but we have to find a way to mitigate some of the issues with tuition for those students,” he said.

O’Halleran, 72, said he wants to make sure residents of his district have reliable and cost efficient health insurance. He also said it is important to protect coverage of pre-existing conditions and women’s health programs, which are “currently available, but under attack.”

His campaign website also lists his views on veterans affairs, immigration and such programs as Social Security and Medicare.

O’Halleran said his time as a homicide detective with the Chicago Police Department showed him some of the worst elements of society. He wants to stop the crimes he saw during that time from happening in Arizona as much as possible.

O’Halleran served in the Arizona Legislature, in both the House and Senate, from 2001 to 2009. He said his reputation among other legislators and business leaders was that of a person who “brings people together.” He added that because of the country’s current political environment, bipartisan leadership is a critical skill.

O’Halleran previously ran for office as both a Republican and an independent.

“I believe that unifying people is a much better way of addressing our country’s overall priorities than trying to address them from a political-only standpoint,” he said.

“I’d like to improve my ability to understand the complicated processes that our society is going through, and how we can improve both my perspective and the rest of society’s.”

O’Halleran said he tries to remember that although it’s easier to make enemies than friends, it’s much better to have a cooperative environment.

Because O’Halleran travels so much, Yelp is his most important app.