Arizona braces for Rosa, which already has caused flash floods in southern Arizona

PHOENIX – Much of the state is under flash-flood warnings as Tropical Storm Rosa continues to churn north. Showers and thunderstorms are expected to last through Wednesday.

Rosa will make landfall late Monday along the west coast of Baja California, Mexico. Tuesday morning, the storm will veer across the northern tip of the Gulf of California to make a second landfall as a tropical depression west of Puerto Peñasco, Sonora, Mexico. The National Hurricane Center says remnants of the storm are expected to move across central Arizona on Tuesday and Wednesday, with sufficient rain to pose a flash flood threat to the entire state.

The National Weather Service issued flash flood warnings for much of central and western Arizona and southeastern California until 5 a.m. Wednesday. Drivers should avoid flooded roads, as it can take as little as 12 inches of rain to float a vehicle. 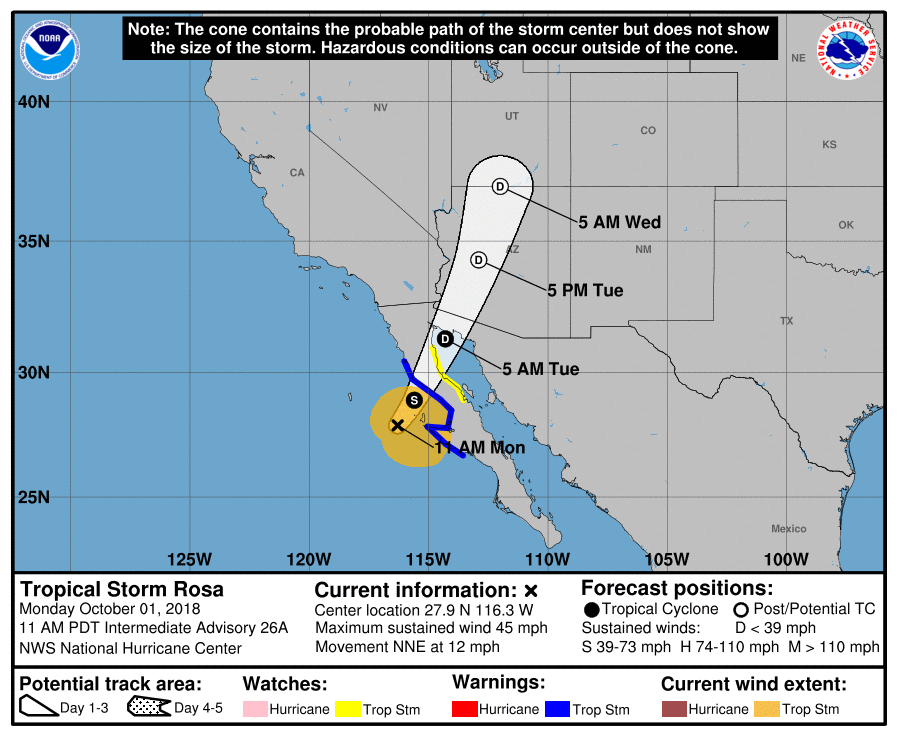 The Phoenix area should dry out by the end of the week. Temperatures are expected to stay below average heading into the weekend.