A federal court reinstated lawsuits by waiters and bartenders in Arizona who claimed that they should be paid minimum wage for time spent on tasks that do not generate tips, which are exempt from the minimum-wage law. (Photo by Dave Dugdale/www.learningvideo.com via Creative Commons)

WASHINGTON – A federal appeals court ruled Tuesday that Arizona bars and restaurants cannot pay tipped employees less than minimum wage for doing work that does not directly generate tips, a decision that one attorney called “a game changer.”

The ruling by the 9th U.S. Circuit Court of Appeals overturned a district court ruling and was a victory for 14 bartenders and servers who sued nine businesses that they said used the minimum wage exemption to illegally underpay them.

But in a dissent, Judge Sandra Ikuta said the majority’s opinion will impose impossible requirements that leave employers open to “unfair and unexpected imposition of staggering liability.”

The case centered on a rule defining how much and what type of work can be done that does not directly generate tips before the employer has to pay the minimum wage: When are workers no longer servers or bartenders, but rather dishwashers or janitors?

“Today’s decision is an important victory for employees across the country,” said Cliff Bendau, a Phoenix attorney who was part of a team of attorneys representing the workers.

They successfully argued that federal law that lets businesses pay less than minimum wage for tipped work cannot be applied to hours a tipped worker performs unrelated jobs – like cleaning – or related work – like rolling silverware – that takes up more than 20 percent of the work week.

Attorneys for the restaurants argued that the regulations went too far and that the ruling would burden business owners with impossible time-tracking requirements.

“This kind of a new rule is a game-changer for restaurants,” said Julie Pace, an attorney for the Phoenix-based Cavanagh Law Firm, which represented the International House of Pancakes’ parent company in the suit. “This has long-term ramifications for an industry that’s operated a certain way for decades and decades.

“The burden of trying to keep track of each person and employee when they’re doing something that’s considered a tip-related duty, versus a non-tip-related credit is pretty significant,” Pace said, warning that employees who enjoy tipped positions now may lose out as restaurants cut back.

But the opinion, written by Circuit Judge Richard Paez, addresses that directly.

Paez pointed to several other courts that have found it reasonable for employers to “keep track of time spent on related tasks by requiring employees to clock in any time spent rolling silverware or cleaning the restaurant” outside of operating hours or during slow periods of the shift.

Ikuta disagreed, saying the Labor Department overstepped its authority with the regulation, which “eviscerates the statutory tip credit.”

“In the guise of interpreting a regulation (that itself is far afield from the statute at issue), the Department of Labor … created detailed and specific legislation that effectively eliminated an employer’s statutory right to take a tip credit,” Ikuta wrote at the start of her 31-page dissent.

She also said enforcing the rule would be unworkable. 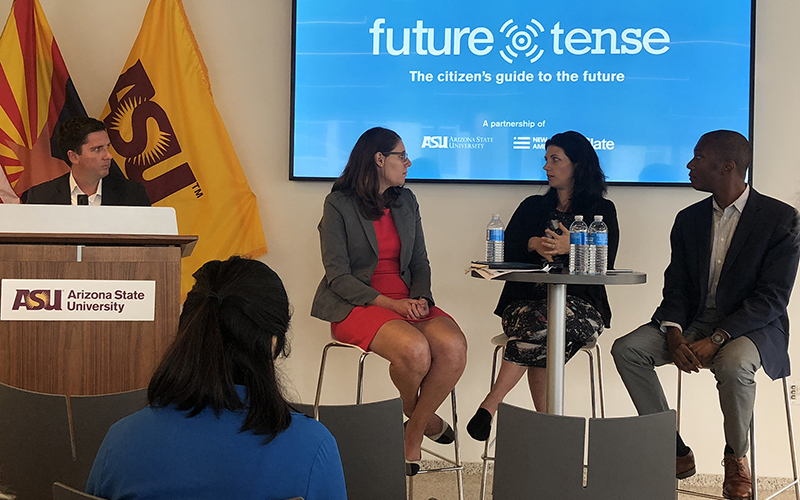 Ikuta pointed to the lead plaintiff in the case, a J. Alexander’s worker named Alec Marsh, who calculated that he spent 40 minutes a week brewing tea, 80 minutes brewing coffee, cut lemons for 40 minutes and tended the soft-drink machine for over an hour a week. Marsh also said he spent more than four hours a week wiping down tables, sweeping, scrubbing walls, taking out trash and other unrelated tasks.

“The facts of this case illustrate why the complexity of the time-tracking requirement makes it unreasonable,” she wrote.

But Paez wrote that the “dual job” rule and definitions were simply needed clarifications to ambiguous law that were not challenged in a timely manner by any supposedly aggrieved employers.

He shot back at Ikuta’s claim that the Labor Department was engaged in “undercover legislative enactment” through its regulations.

“Contrary to the dissent’s suggestions, the DOL did not embark on a fifty-year undercover mission spanning multiple administrations to erode the FLSA’s (Fair Labor Standards Act) tip credit provision,” Paez wrote. “There are no rogue agencies or tales of intrigue to be found in the case. The reality is much less exciting.”

“It helps to ensure that employees receive fair pay for an honest day’s work, and it eliminates the payment of sub-standard wages to some of the nation’s most vulnerable workers,” he said.