TEMPE – One run. One run was all it took to grab the attention of Arizona State football fans.

With that 19-yard touchdown run against Colorado in November, true freshman Eno Benjamin showed ASU fans what life after Demario Richard and Kalen Ballage could look like.

The Wylie, Texas, native was a U.S. Army All-American after his 2016 senior season. He then chose to enroll at ASU early in order to participate in spring practice.

Third-year running backs coach John Simon was the coach recruiting Benjamin throughout his high school years. Simon has a certain type of running back that he looks for in a recruit and Benjamin fit that role.

“He’s competitive enough that if he does something wrong, he wants to do it over. He wants to be the best at all the little things,” Simon said. “Those are the attributes that I’m looking for when I’m looking for a high school running back and he had all those things as we developed a relationship in recruiting.”

Snaps came neither early nor often for Benjamin his freshman year. He found himself stuck behind the senior tandem of Ballage and Richard, and that coupled with injuries made it hard for Benjamin to see consistent time on the field.

Instead of wallowing in self pity, Benjamin chose to learn as much as he could as a freshman from the guys ahead of him on the depth chart. 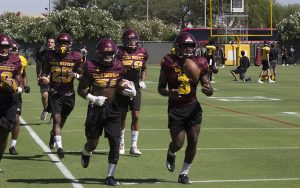 Having Eno Benjamin healthy has been a key for Arizona State football this season. (Photo by Andre Simms/Cronkite News)

Battling injuries often stunts the progress of young players in college football. Benjamin chose to not let it affect him too much and let his work ethic set him up for success down the road.

“He’s a very detailed kid … and the game is important to him,” Simon said. “He studies, he prepares, watches film, takes notes in the meetings, does all the little things that you don’t have to question.”

Fast forward to this season and Benjamin’s time has come. He finds himself firmly in the feature back role for the Sun Devils and through two games has 227 yards from scrimmage. Benjamin’s performance could be a key to ASU’s success at San Diego State on Saturday.

In the upset win against then No. 15 Michigan State, Benjamin helped the Sun Devils march down the field on the game-winning drive, picking up two first downs along the way. Coach Herm Edwards attributed Benjamin’s big contributions to the preparation done days before kickoff. 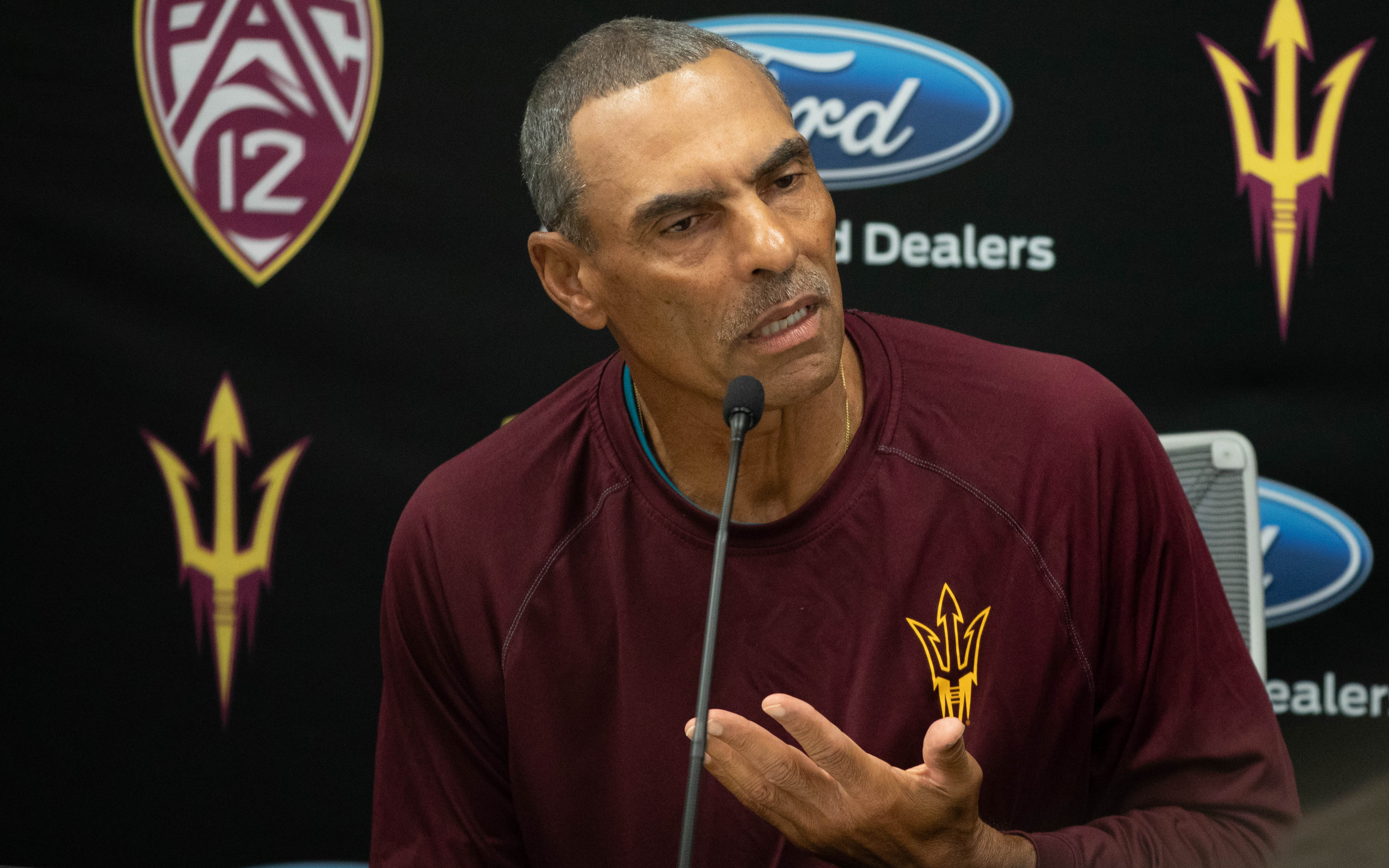 “He’s one of those guys when they install the runs … he sits in that front row with the offensive linemen because he wants to see exactly what these guys are doing,” Edwards said. “The back has a lot to do with the success of the offensive line. How he presses the hole, creates running lanes for him. A lot of running backs don’t realize that, but he’s smart enough to figure that out.”

For many in and around ASU football, his early season success comes as no surprise. Now healthy Benjamin looks primed to make good on his opportunity. He was a member of the preseason Doak Walker Award list, which goes to the best running back in college football.

“I would never question what he could, or what he would, be,” Simon said. “It was just a matter of time of getting his body back right after a couple surgeries that he had to go through as a freshman.”

The time is now for Eno Benjamin, and he’s ready to capitalize on it.