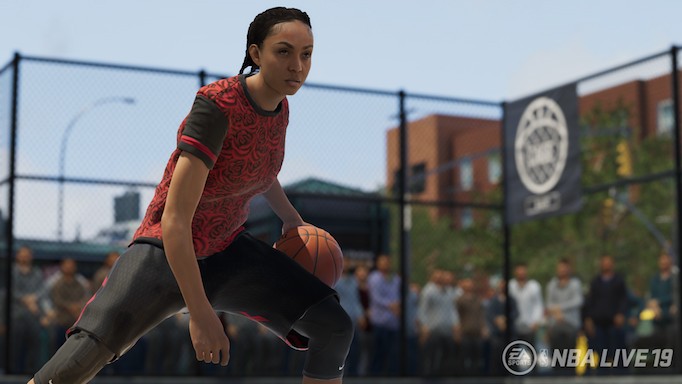 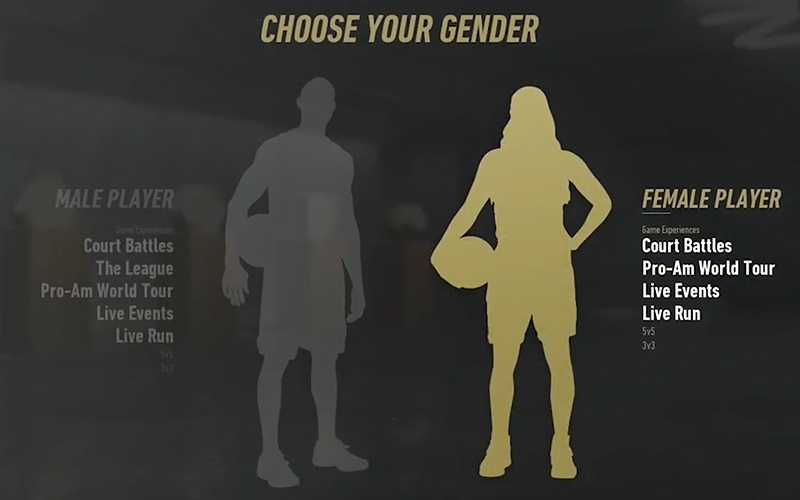 PHOENIX – For the second year in a row, gamers can hit the virtual hardwood with such WNBA superstars as Diana Taurasi and Breanna Stewart. But NBA Live 19 – released today on Xbox One and Playstation 4 – allows them for the first time to “create a female” player of the same height and weight as male players.

As a child, Taurasi, a guard for the Phoenix Mercury, didn’t have the opportunity to play video games with characters who looked like her.

WNBA viewership increased 36 percent since last season, according to Forbes.

EA Sports introduced predesigned WNBA players last year. With NBA Live 19, gamers can create custom players by choosing not only physical dimensions and hairstyles but playing styles patterned after WNBA greats. There are no differences in height and weight limits for female players and male players. 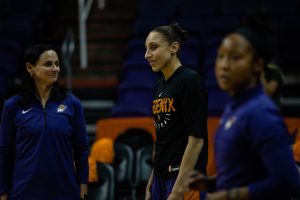 Diana Taurasi wishes she could have played a video game that allowed her to customize female players. (Photo by Justin Parham/Cronkite News)

Stewart, a forward for the Seattle Storm, was surprised to hear about the change to NBA Live 19.

“I didn’t know that there was a ‘create a player’ option,” she said. “To have that for a woman’s player gives a lot of young girls and even young boys an opportunity to see the other side of things and see how the WNBA is and have something to inspire to.”

That representation by NBA Live 19 is important, said Devereaux Peters, a forward for the Phoenix Mercury.

“It’s really great for them to create their own players and be women,” Peters said. “Our league has been around for a long time, and just being able to see them on the court and being able to create these players on video games it just really gives them that step that, yes, this is something I can do.”

Even though the addition of WNBA players in video games may be good for their league, many pro players more focused on just playing basketball.

Sue Bird, a guard for the Seattle Storm, didn’t spend many late nights in front of the TV.

“I wasn’t a gamer,” she said. “Super Mario was about as far as I got, maybe Mike Tyson Punch Out. For basketball it was Double Dribble. Those dudes were faceless. I can see the importance just having that embed in our culture starting at a young age. It means something when those narratives are such where people can see women being successful.”