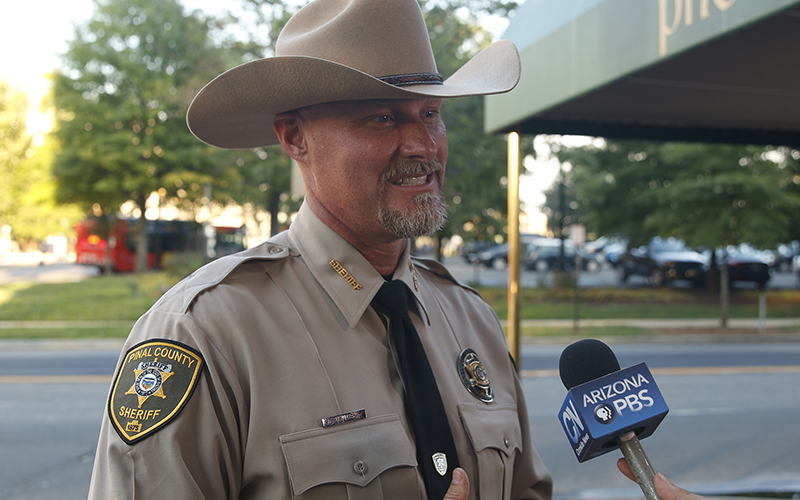 Pinal County Sheriff Mark Lamb said a border wall with Mexico is a first step, but there are “a lot of other pieces – sensors, cameras, it’s a whole myriad of different things that come together to help protect our borders.” (Photo by Vandana Ravikumar/Cronkite News) 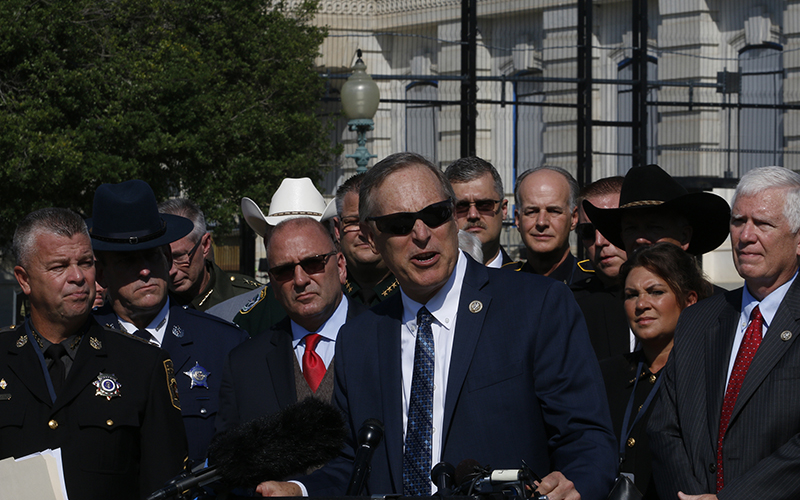 Rep. Andy Biggs, R-Gilbert, joined other Republican House members and a group of sheriffs from around the country Wednesday who were in Washington to push for stiffer immigration enforcement. (Photo by Vandana Ravikumar/Cronkite News) 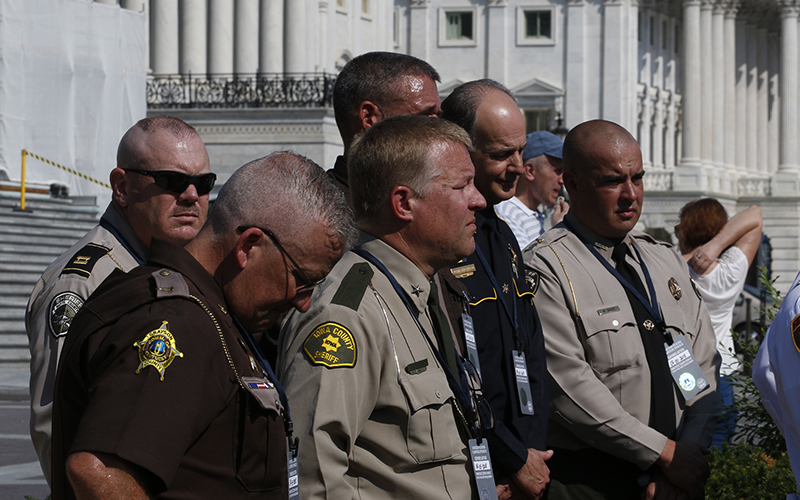 Fifty sheriffs from across the country were in Washington for a meeting with administration officials at the White House as well as other events around town to bring attention to proposals for tougher border enforcement. (Photo by Vandana Ravikumar/Cronkite News)

WASHINGTON – Pinal County Sheriff Mark Lamb told a White House audience Wednesday that sheriffs see the problems that come with illegal immigration firsthand and that, as a result, they “want to be part of the solution.”

Lamb was one of 50 sheriffs invited to the White House to meet with Trump administration officials Wednesday and discuss proposals to strengthen border control.

The meeting was just one of a number of events organized in Washington by Republicans or conservative groups aiming to bring attention to border security – particularly Trump’s call for a border wall. They included a two-day gathering of conservative radio talk-show hosts, conferences and a news conference outside the Capitol with GOP House members touting a range of get-tough immigration bills.

“Thank goodness for these men and women here,” Rep. Andy Biggs, R-Gilbert, said at the morning news conference with the sheriffs behind him. “They need support from the federal government.”

Biggs was joined by four other House members who called for the administration to take more steps to reduce illegal immigration.

But critics said the events, and the get-tough talk, were little more than a Republican attempt to position themselves with their supporters in advance of this fall’s elections. 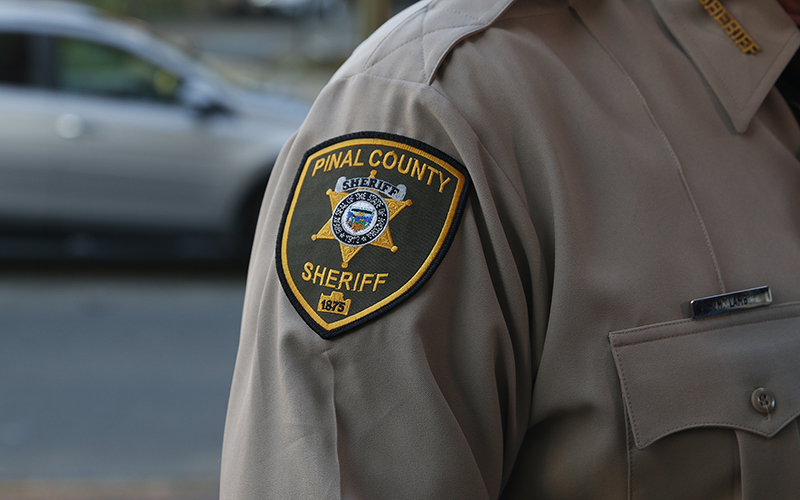 “They want to frame themselves as the hard line party on immigration, both illegal immigration and in some cases, legal immigration,” said Sarah Pierce, a policy analyst from the Migration Policy Institute. “And to do that, they’re framing immigration as a security issue for the United States.

“By doing that, they’re painting themselves as the heroes, the ones who are going to come in and protect the United States from the dangers of illegal and maybe legal immigration,” she said.

“If Republicans were serious about doing what’s best for perceived security issues at the border, they would invest more in modernizing our ports of entry instead of pontificating over a ridiculous, divisive, and expensive border wall,” Grijalva said in an email.

But Lamb rejected the charge that the push for a wall is a partisan issue, saying something needs to be done to improve border security.

“No matter what side of the fence you’re on, whether you’re a Republican or Democrat or independent, we all agree that we need to have some immigration reform,” Lamb said. “What we’re here to say is – look, we need to change some things, and it’s important to us as sheriffs, and we want to be part of the solution.”

But another part of the solution touted Wednesday was the administration’s proposed border wall.

It was a highlight of the day’s events, which included the White House meeting with sheriffs who were invited because the share the administration’s “public safety priorities, including the importance of border security and partnerships to ensure safe communities.”

Lamb said the meeting consisted of a round-table discussion with officials from Homeland Security, Immigration and Customs Enforcement, the Border Patrol and the Justice Department. Afterward, the sheriffs took a photo with Trump, to whom they presented a plaque from the National Sheriff’s Association to thank him for his support of local law enforcement.

At the Capitol event, Biggs touted his bill to create a separate Treasury fund to collect money to construct a wall along the Mexican border. The bill is currently being reviewed by several subcommittees, including the Committee on Homeland Security.

Although Lamb agrees a wall must be built, he said that is “just one piece of what we need.”

“If you go down there and look at the terrain, it’s impossible to build a wall across that whole area,” he said of the border. “When we talk about a wall, that includes a lot of other pieces – sensors, cameras, it’s a whole myriad of different things that come together to help protect our borders.”

Several of the speakers at the news conference, including Lamb, claimed that violent crime among undocumented immigrants make a crackdown on immigration a matter of national security.