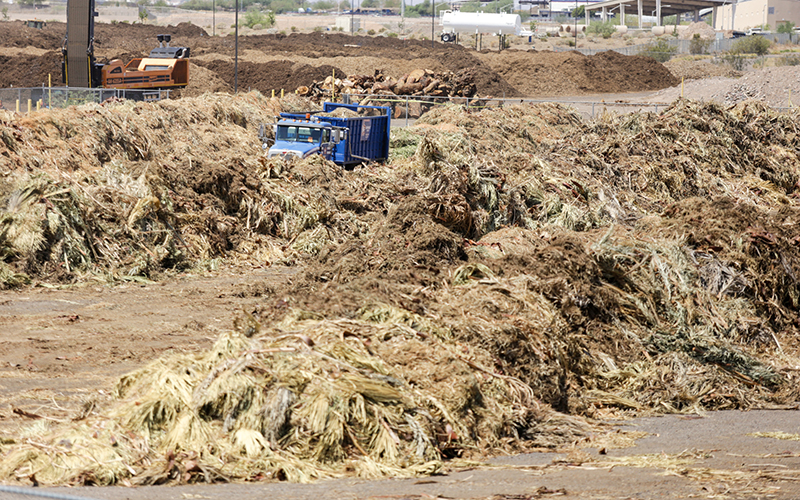 Phoenix has partnered with Palm Silage Inc. of Thermal, California, to turn palm fronds into feed for cattle, horses, sheep, goats and pigs. The city’s goal is to divert 40 percent of solid waste from landfills by 2020. (Photo by Ellen O’Brien/Cronkite News) 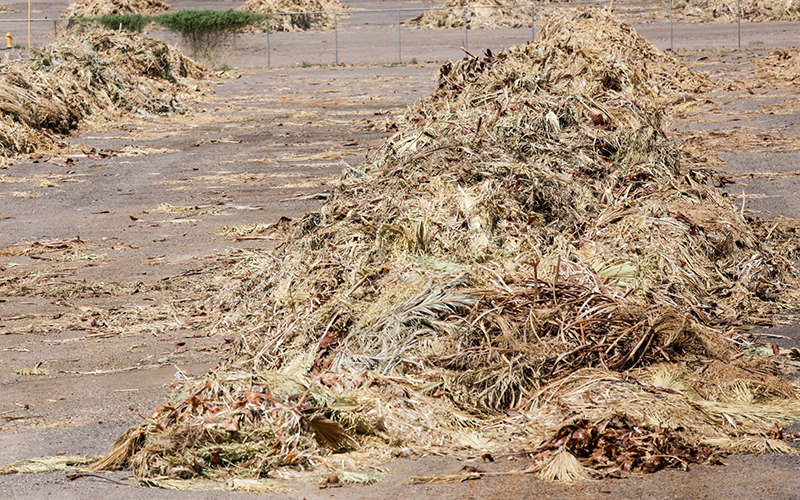 Piles of palm fronds at 27th Avenue Transfer Station will be reworked into feed for livestock as Phoenix moves to be more sustainable. The city hopes to divert 34,000 tons of palm fronds from landfills each year. (Photo by Ellen O’Brien/Cronkite News) 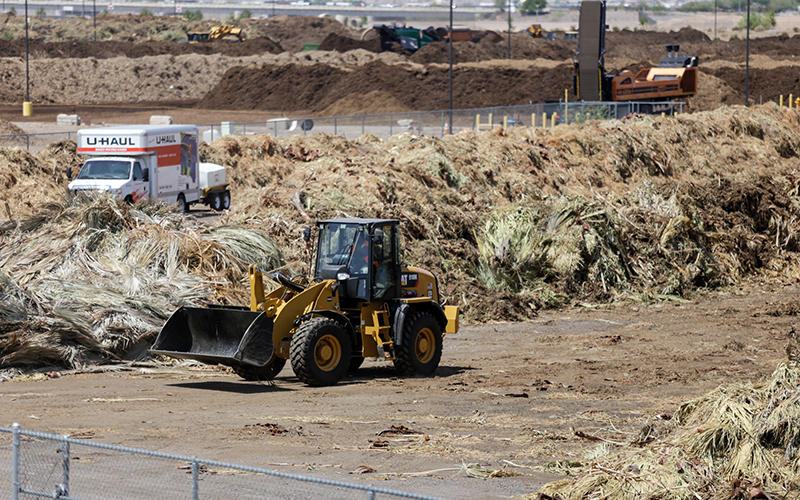 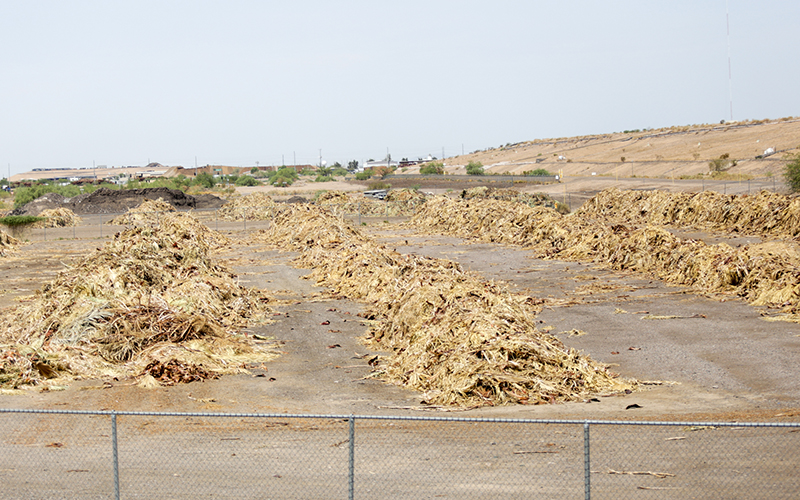 Palm Silage Inc. is one of the first tenants at the 50-acre Resource Innovation Campus, where the city hopes to attract more businesses that can convert trash into resources. (Photo by Ellen O’Brien/Cronkite News) 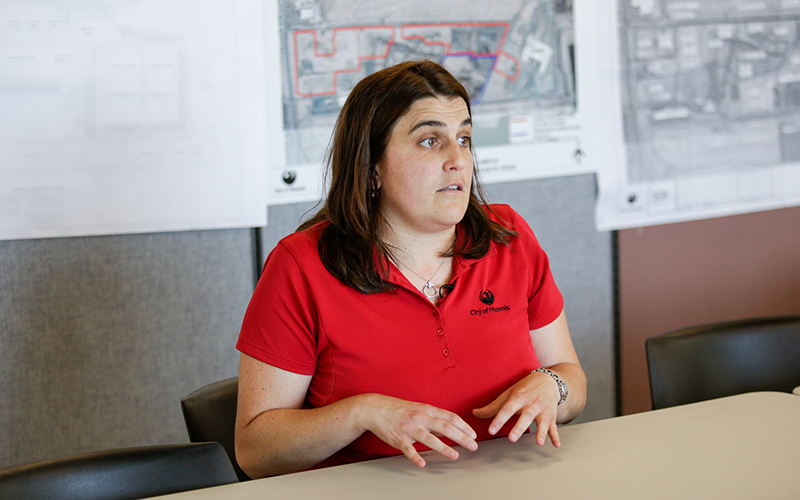 To encourage landscapers to bring palm fronds to the 27th Avenue Transfer Station for recycling into cattle feed, the city is discounting the standard rate of $38.25 per ton to $24 per ton, said Stacy Hettmansperger, operations manager for the Phoenix Public Works Department. (Photo by Ellen O’Brien/Cronkite News)

The push to reclaim reusable materials like palm fronds in innovative ways is driven by the city’s ongoing move to divert about 40 percent of trash from landfills, Yanez said.

Palm Silage has operated a palm-recycling business in California for five years, but the partnership is the first time the company has worked with a city to keep fronds out of landfills, company president Gary Green said.

Cattle, horses, goats and other livestock typically don’t feed directly on palm fronds, Green said, mainly because few thought of it as a viable food source. But Palm Silage turns the fronds – which it says contain as much roughage as medium-grade hay – into a key ingredient of a casserole for cattle.

Workers first collect fronds that are free of lawn clippings, palm trunks or other landscaping refuse, and stack them up to dry. The dried fronds are then ground up with four ingredients – discarded dates, canola meal, wheat middlings and rice bran – that are pressed into hay or pellets, which can be used as primary feed or as a high-fiber energy supplement, according to Palm Silage.

Landscapers and homeowners can bring palm fronds to the 27th Avenue Transfer Station, 3060 S. 27th Ave. The price of palm-frond disposal is discounted to $24 per ton from the standard rate of $38.25 per ton, said Stacy Hettmansperger, operations manager for the Phoenix Public Works Department.