Michael Ray White was sentenced to die by lethal injection for the 1987 murder of a Bagdad man, but a federal appeals court overturned that sentence because of failings of his defense attorneys. (Photo courtesy Arizona Department of Corrections)

WASHINGTON – A federal appeals court Wednesday reversed the death sentence given to a Prescott man for the 1987 murder of his lover’s husband in an alleged scheme to collect on the victim’s insurance policy.

A three-judge panel of the 9th U.S. Circuit Court of Appeals said that Michael Ray White’s lawyer failed to challenge the state’s claim that White shot David Johnson for monetary gain. And the court said the attorney “utterly failed” to investigate problems in White’s life that could have argued against imposition of the death penalty.

The court said there was “compelling evidence” that White committed the crime “out of love” for his girlfriend, Susan, “rather than financial gain.”

“This was a relatively weak case for imposition of the death penalty,” said the opinion by Circuit Judge Jacqueline H. Nguyen.

“Even the trial prosecutors believed that the death penalty was inappropriate because this was a ‘run-of-the-mill’ case, Susan was the ‘mastermind’ behind the murder, and White succumbed to pressure from her to commit the crime,” Nguyen wrote.

Susan Minter was living with her future husband, David Johnson, in early 1987 when she and White began their affair after the two met at a Prescott nursing home where they were both working. They moved to Michigan for several months before returning in October to Arizona where Minter married Johnson. 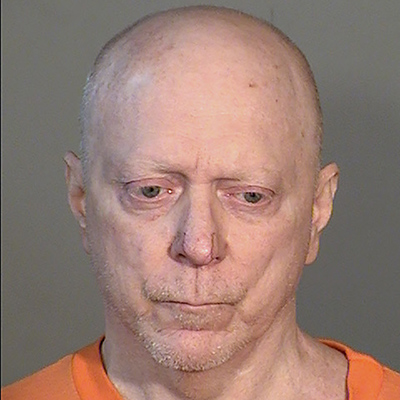 Michael Ray White was convicted for the 1987 murder of David Johnson, but a federal appeals court said there was “compelling evidence” that he did not do it for money, a factor that led to his death sentence. (Photo courtesy Arizona Department of Corrections)

In November, Susan began contacting insurance companies about a life insurance policy on her new husband, asking one insurer about the “time frame on life insurance” and “when you can receive monies,” according to court documents.

About that time, the ruling said, White confided to his estranged wife and to another friend that “Susan wants me to kill her husband. I don’t know what I’m going to do.”

But White bought a .357 Magnum at a pawn shop that month, and when his wife confronted him about missed child-support payments, he told her not to worry because he would be getting $100,000 from Susan.

On Dec. 12, White shot Johnson in the chin and lower back outside Johnson’s house in Bagdad. Susan was in the house at the time, according to Arizona Department of Corrections documents, but locked Johnson out as he called for help.

Later testimony said the gunshot wounds were not fatal and if it weren’t for medical “carelessness” at the hospital where Johnson was taken, he would not have died.

Susan first tried to blame her ex-husband, but police quickly focused on her and White. When he was arrested Dec. 18, White still had an empty box of bullets, a holster, a ski mask and a bag of potatoes – the gunman used a potato as a makeshift silencer on the gun – in his car. Susan was arrested Dec. 23.

They were tried separately and both were convicted of murder and conspiracy. But while she received two sentences of 25 years to life, White was sentenced to death.

Even the original prosecutor believed that the death penalty was “not appropriate” for White, testifying in a later appeal that he thought Susan was “the instigator” and “the brains” behind the murder. But he was told that it was Yavapai County Attorney’s Office policy to ask for death where aggravating circumstances, such as monetary gain, were present.

That was the only aggravating factor in the case, and White’s attorney presented no mitigating factors.

But the appeals court said there was ample evidence of many mitigating factors.

White suffered from Graves’ disease and its psychological effects, had a troubled childhood and low intellectual functioning, and had no criminal record at the time of the murder. Afterward, he claimed repeatedly that the Department of Corrections was monitoring his brain through “listening devices,” according to court documents.

His attorneys failed to investigate those factors, however, and when later attorneys tried to investigate them on appeal, their requests were often rejected by the courts. A mitigation expert in one of White’s later appeals said that in his two decades handling death penalty mitigation, he had never before seen a case in which a mental health professional was not appointed to review the case.

“There is a reasonable likelihood that White would have received a different sentence if counsel had investigated and presented mitigating evidence,” Nguyen wrote.

The appellate court ordered the state to give White a new sentencing hearing or to vacate the death sentence and impose a lesser sentence.

Attorneys in the case did not immediately respond to requests for comment.