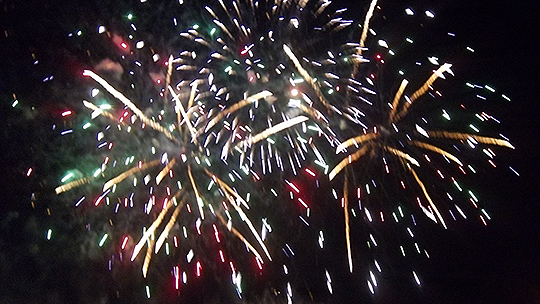 Firework shows across Arizona have been cancelled because of the risk of wildfires. (Photo courtesy of Creative Commons)

PHOENIX – Add Prescott Valley, Show Low and Heber-Overgaard to the list of cities that have canceled their annual firework shows because of extreme fire danger.

That makes seven communities that will celebrate the Fourth of July without the red, white and boom. Flagstaff, Williams, Prescott and Cave Creek all have canceled their shows in the past week.

Cottonwood, Payson, and Sedona still plan firework shows despite fire restrictions in the Coconino National Forest. Cottonwood officials stress that precautions will be taken to make the show as safe as possible.

Show Low officials say there still will be plenty to do in celebration of Independence Day, including a parade and a daylong celebration with food, carnival rides and other activities.

If you’re looking for an innovative alternative to pyrotechnics, Cave Creek will sponsor a light show using drones at a Carefree resort. Officials say that the show will have the added benefit of silence for those suffering from post-traumatic stress disorder or those with pets.