TEMPE – As Jordan Woodruff sits in his black and red gaming chair, he issues directives into his headset to an online crew playing the popular game “Overwatch.”

Woodruff, 28, who lives in Tempe, said he plays and livestreams video games on the popular streaming website Twitch approximately 20 hours per week. He’s big into the online gaming community, and he’s staunchly against the World Health Organization’s recent decision to classify “gaming disorder” as a mental health condition akin to gambling addiction.

The WHO’s classification in the 11th edition of its International Classification of Diseases released June 18 characterizes gaming disorder “by a pattern of persistent or recurrent gaming behavior” that “is of sufficient severity to result in significant impairment.”

In other words, the diagnosis is reserved for gamers who play video games to the point that it negatively impacts work habits and/or personal relationships.

The WHO has considered making this distinction for the past four years, WHO staff writer Priya Joi, wrote via email. The organization now can classify gaming disorder and start tracking data for people diagnosed with it.

Despite its specificity to a small subset of gamers, the WHO’s decision to add video game addiction to its recognized list of mental health disorders set off a spirited discussion among the gaming and psychology communities. Members of the latter in Arizona believe that this added addiction classification is a positive step that can help break down stigmas and prompt more people to seek help. People defending video games, however, think it inappropriately adds to a widespread stigma around gaming.

“I find it to be rather gross and abhorrent, to be honest,” Woodruff said of the WHO’s classification. “I think that it’s just unfair to villainize gaming.”

Through scheduling, Woodruff said, he’s able to balance work, friends and games. So, while he streams games approximately 20 hours per week, he said he doesn’t touch video games outside those hours he’s set for himself.

Woodruff believes that classifying gaming as a mental health condition makes video games the scapegoat for other mental health issues people may be battling.

The Entertainment Software Association also had strong words for the WHO, pushing back against the characterization by issuing a statement that read in part, “The World Health Organization knows that common sense and objective research prove video games are not addictive. And, putting that official label on them recklessly trivializes real mental health issues like depression and social anxiety disorder, which deserve the full attention of the medical community.”

Habib Matar, 21, who grew up in Gilbert, said he would play video games for five to six hours per day as a teen. He didn’t have much of a desire for outside activities – a factor Matar blamed partly on Arizona’s often hazardously hot summers.

“I never thought at the time that it was a lot,” he said.

Despite gaming habits that many, including Matar, would deem excessive, Matar said his gaming did not have much negative impact. Still, he has cut back significantly as an adult. He now only plays video games about six hours per week, he said.

Matar enrolled in community college at age 13. He said he attained a 3.9 GPA throughout his associate’s degree and a 3.6 GPA for his bachelor’s. His gaming didn’t bring down his grades, but he made a personal decision to limit his time gaming when he landed a full-time job after school.

“I think mental health is a really big topic that really needs to be covered,” Matar said. “But I don’t think gaming is so much the issue for that.”

Some experts in Arizona, however, called the World Health Organization’s decision a positive step.

“I think that it’s a really good move in the right direction for the field (of social sciences),” said Dr. Daniel Kaufmann, a professor of counselor education at Grand Canyon University. 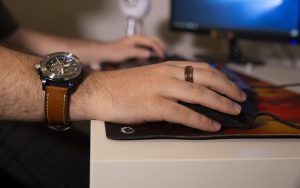 “(The) idea that it would be similar to (gambling addiction) is pretty valid, because there is no chemical that the person is ingesting or injecting into their body, and yet the mind is still getting fixated on behavior,” Kaufmann said. “The dopamine is still releasing throughout the different areas of the brain and creating a pleasure response.”

Playing video games releases the chemical compound dopamine in the brain, which acts as the “feel-good neurotransmitter” providing a similar biological response to thrill-seeking leisure activities, such as riding a roller coaster, said Jack Shier, whose Shier Private Practice in Scottsdale specializes in addiction medicine and psychiatry.

“Some people who struggle with addictions have a difficult time letting go of that feeling,” Shier said. “They’ll continue to increase their usage over time to the point where it affects them on a physiologic level and psychologic level.”

Shier, much like the WHO’s description of gaming disorder, said that patients have to display “pretty significant impairment” to be diagnosed with an addiction.

Kaufmann echoed that sentiment, explaining that just because a person plays video games often or even in excess, it does not automatically mean they have an addiction to games.

“The way that addictions work in terms of classifying them and diagnosing them is it’s not just about time spent,” Kaufmann said. “So, a lot of people wonder, you know, ‘I know someone who plays 20 hours a week of video games, they must be addicted,’ and that’s not necessarily the case.”

Kaufmann said that if a person works a part-time job or attends school classes and has 70 hours of free time per week, spending a chunk of it playing video games does not automatically constitute the addiction the WHO is classifying. Rather, it’s about the individual and whether they’re losing the ability to focus on other life tasks (like a work project or college assignment) because they’re thinking about games.

Not everyone who gambles develops a gambling addiction, just like not everyone who plays video games becomes addicted to their dopamine-inducing appeal.

“The number of people that we actually see with video game addiction is pretty low, so I think it’s important to keep all of this into perspective,” Shier said.

Other factors involved include a genetic disposition to develop addictions and even depression or social anxiety disorders that manifest into playing video games as an outlet in an attempt to “treat” those other conditions.

And those variables, according to people treating addiction disorders, are key distinctions to keep in mind.

Still, the gaming community does not want to be associated with the word addiction. Kaufmann said that carries an inherent degree of irony, provided that video-game marketing often includes lauding the gameplay’s “addictive” qualities.

Although Kaufmann recognized the classification of gaming disorder as a step in the right direction for mental health, he acknowledged a common argument from gamers that video games are perhaps unfairly stigmatized.

“For certain leisure activities we never accuse of being addiction, and then certain ones we’re like jumping and ready to blame all of my child’s problems on that one thing,” Kaufmann said. 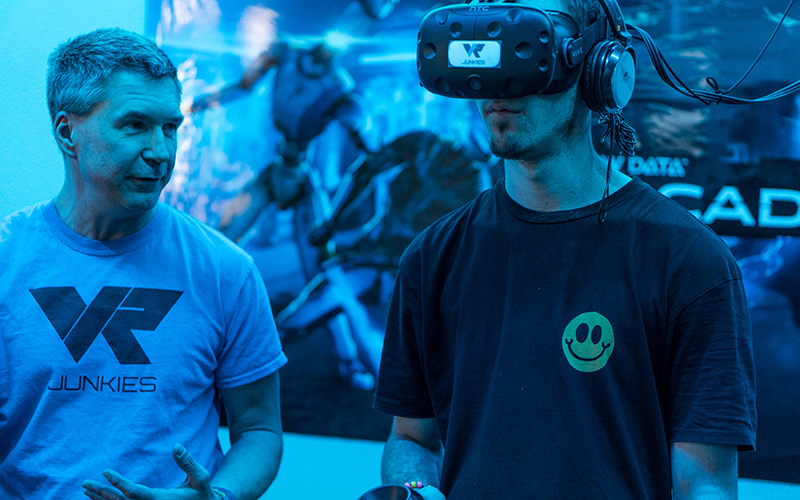 “So, I ask the parent, if it was exercise or a sport or a musical instrument that they were doing 20 hours a week, would that be a problem?” he said.

Matar said that adults have a difficult time connecting with children and teens because those in a younger demographic have fewer responsibilities, thus enabling them to kill time playing games.

“When we categorize something like gaming as a disorder, it just makes it seem like it’s such a villainous thing,” Woodruff said. “I’m not with it.”

The experts stressed keeping everything in the proper perspective.

Although it took until 2018 for the WHO to officially classify video gaming as an addiction, South Korea was far ahead of the curve in terms of seeing it as a real problem that needed to be addressed.

A 2011 article by Newsweek reported shocking deaths tied to excessive gaming — including a story about a couple whose baby starved to death as they played games — and that the South Korean government opened one of the first treatment centers for internet addiction in 2002.

Per Newsweek’s piece, two surveys conducted around the time the article was published found that one in 20 South Korean citizens were “already seriously addicted” to the internet and gaming.

The top five countries in the world by total game revenue in U.S. dollars are China, the United States, Japan, South Korea and Germany, according to Newzoo’s Global Games Market Report. South Korea ranks fourth in total revenue despite being far behind those other countries in total population.

In Asian countries, gaming addiction has been viewed with serious scrutiny for more than a decade. But now it appears other countries have an opportunity to catch up in terms of recognizing what’s seen as an ongoing trend.

“Some people do fall victim to some very addictive style patterns of behavior,” Kaufmann said. “It is helpful to have video game disorder on the table as a diagnosis so a person knows, ‘Hey, people go to counseling for that, and there is help for that.’ ”