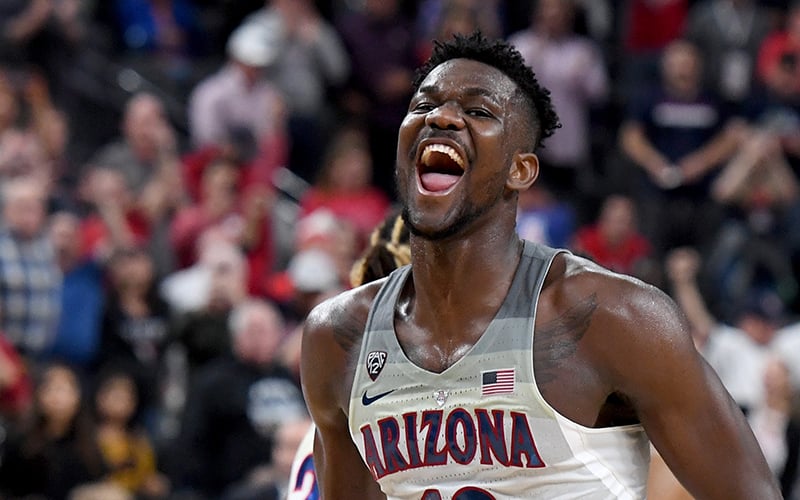 PHOENIX — Following his pre-draft workout with the Phoenix Suns, the one and only team he worked out for this offseason, the NBA draft’s No. 1 overall pick, Deandre Ayton, was asked which player’s game his most resembled.

Although most basketball pundits heralded Ayton as the top prospect in this year’s draft class, his Garnett comparison was lofty. Garnett is a former MVP and perennial All-Star, a four-time All-NBA First Team selection who averaged 20 points, 10 rebounds and four assists per game between 1996-2013, the prime years of his 22-season career.

There were specific parts of Garnett’s game Ayton liked most, skills he is trying to replicate himself: “How he changed the game, rebounding, from offense to defense,” and, “his intensity on both ends of the floor. How he’s so vocal with his teammates.” said Ayton, who the Suns selected with the No. 1 pick Thursday in Brooklyn.

In many ways, the comparison makes sense. Garnett’s long-time trainer, Joe Abunassar, can easily spot some of the similarities.

“If you look at skill set and size and those things … it’s a lot like Garnett.”

Garnett (6-foot-11, 240 pounds in his playing days) and Ayton (7-foot-1, 250 pounds) are blessed with similar physical traits. Their size and athleticism are off the charts and both can play any position in the frontcourt — for most of Garnett’s glory years with the Minnesota Timberwolves, he played as a power forward alongside another big man. Ayton did the same thing last year at Arizona, playing next to fellow 7-footer Dusan Ristic. Ayton might play as a more traditional center in the NBA but has the versatility to rotate in at power forward, too.

“When you think of Garnett and what it means to say someone is like Garnett – great athleticism, great size, great skill set … you don’t get much better than Kevin was,” Abunassar said.

Ayton’s offensive tools mirror Garnett’s as well. During his lone season of college basketball last year, Ayton averaged over 20 points per game with the Wildcats, overmatching the Pac-12 with his strength and mobility down low. Ayton also shot better than 60 percent from the field and 34 percent from beyond the arc, better than Garnett’s career NBA field goal (50 percent) and 3-point (28 percent) shooting numbers.

In February, Ayton scored 25 points and snagged 16 rebounds to lead Arizona to a win over rival Arizona State. Afterward, Sun Devils coach Bobby Hurley said Ayton “may be the best big that I’ve seen in college, as a player and as a coach, in terms of his future and his upside.” Hurley played with and against the likes of Christian Laettner, Chris Webber and Shaquille O’Neal in college.

Sean Miller, Ayton’s college coach at Arizona, wasn’t shy in his assessment of his one-and-done All-American either. 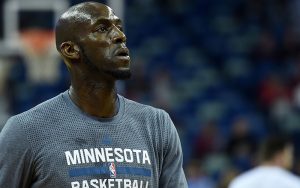 “There’s nobody like Deandre. Nobody,” Miller said recently. “His intelligence. His competitive spirit. His, just, natural athleticism.”

Ayton isn’t a perfect prospect though.

Although he stated he wants to be the best two-way player in this draft, the imposing 7-footer might still have some catching up to do defensively to equal Garnett, who was named to the NBA’s All-Defensive First Team nine times in his career. Some analysts have questioned how ready Ayton is to defend NBA bigs right away, especially compared to fellow draft-eligible big men like Texas’ Mo Bamba or Michigan State’s Jaren Jackson Jr.

Some advanced statistics, such as block rate, don’t favor the Arizona product. Ayton had a block rate (which estimates the percentage of opponent field goals that a player blocks) of 5.5 percent last season, according to The Ringer. Jackson and Bamba, meanwhile, had block rates of 14.3 percent and 13.2 respectively.

To replicate Garnett, Abunassar cited other defensive areas Ayton will need to conquer: “(Can) you take those Garnett things to the next level: Can he play help-side defense? Can he guard pick-and-rolls?

“It’s a comparison you make based on statistical size and skill set. We’ll see what happens.”

Corey Evans, a national recruiting analyst for Rivals who has scouted Ayton since his high school days at Hillcrest Prep in Phoenix, thinks the defensive concerns around Ayton are “overblown.” He cited the fact that, in Miller’s man-to-man defense at Arizona, Ayton was forced to guard smaller, quicker players on the perimeter instead of acting as a true rim protector.

“Is he going to be an All-NBA First Team, Second Team defender? I don’t think so, but I don’t think he’s a liability either,” Evans told Cronkite News. “He’s a pretty smart kid with good instincts. … As a rim protector, I’m not saying he’s going to shot block but he will shot-change and that’s just as important, I think.”

Miller couldn’t understand why any analysts question Ayton’s defense at all.

“I think anybody that criticizes his defense doesn’t know the game,” Miller said. “He switched ball screens at 7-foot-1. He guarded 3-point shooters. He played pick-and-roll defense. He played transition defense. He guarded every type of player that he will see in the NBA.”

There’s another similarity between Ayton and Garnett, too. They both play with crazed intensity. Abunassar said there is “no matching” Garnett’s passion on the floor — Ayton will try.

If Ayton does become the next Garnett, it could put the Suns on a fast-track back to the postseason, a place the franchise hasn’t been since 2010.

“With Ayton and others who have had the talent that Kevin has, it just depends on how they put it together,” Abunassar said. “He certainly has a great chance to become a great player.”

There are plenty of other players Ayton could take after, too. He’s been likened to David Robinson, Hakeem Olajuwon and Karl Anthony-Towns. He would be a critical building block in the Suns’ rebuilding plan if he becomes a version of any of those players. And Suns general manager Ryan McDonough thinks Ayton is as special as almost any prospect he’s ever seen.

“You can probably count on one hand the number of guys with his size, athleticism, footwork, balance, touch,” McDonough said. “It’s a unique package.”