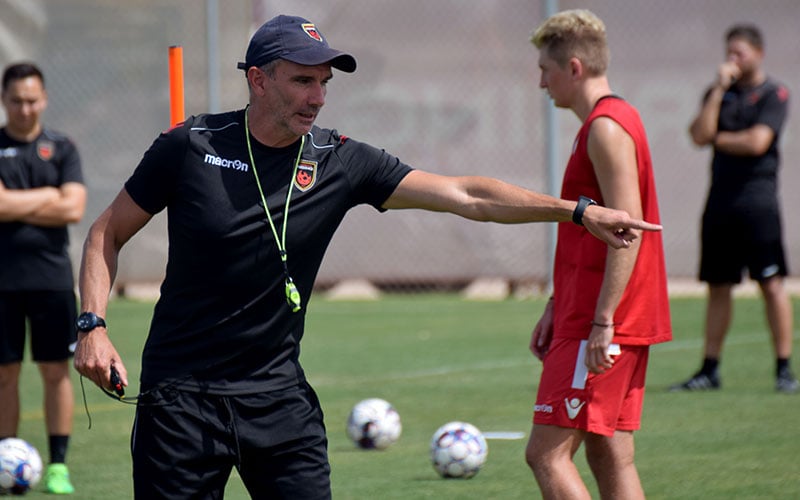 Phoenix Rising FC coach Patrice Carteron is leaving the team after a year with the organization. (Photo by Josh Martinez/Cronkite News)

Carteron has left the club to sign with top Egyptian club Al Ahly, the team announced Tuesday morning via a release. Assistant coach Rick Schantz will take over as interim head coach and will lead the team in Wednesday’s home match against the Las Vegas Lights. The move was first reported by kingfut.com.

Carteron’s departure comes amid Phoenix Rising’s bid to join Major League Soccer. In February, the club produced plans for a proposed stadium that would cost approximately $250 million and seat 21,000.

Because Carteron has been with the club since just May of 2017, the move comes as a surprise.

Al Ahly plays in the Egyptian Premier League, the country’s highest league where the club has had much success. It has won 40 national titles, 36 national cups and 10 national super cups.

This job marks a return for Carteron, a native of France, to Egypt as he coached Wadi Degla out of the Egyptian Premier League. Other coaching jobs include TP Mazembe in the Democratic Republic of the Congo, Al Nassr in Saudi Arabia and the Mali National Team. As a player, Carteron played in the top tier in the French Premier League.

Madison Kerley contributed to this report.