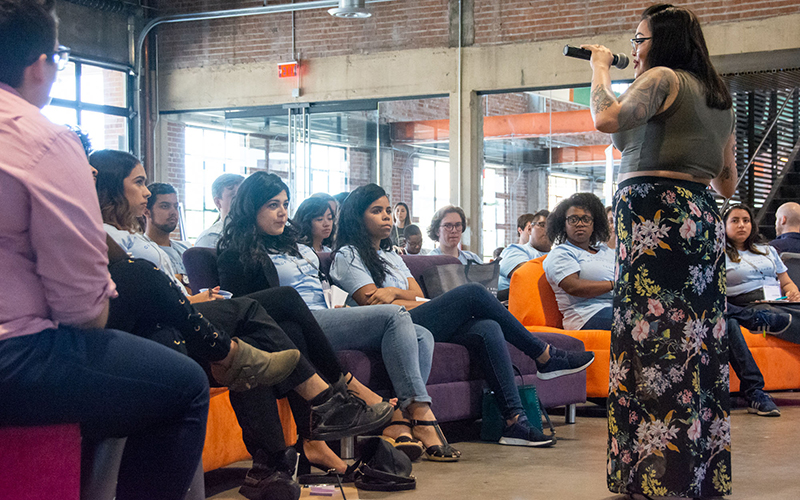 The Community Leadership Corps program kicked off in Phoenix with 35 participants age 18 to 25. Each will recruit two more young people for their project teams. (Photo by Ellen O’Brien/Cronkite News) 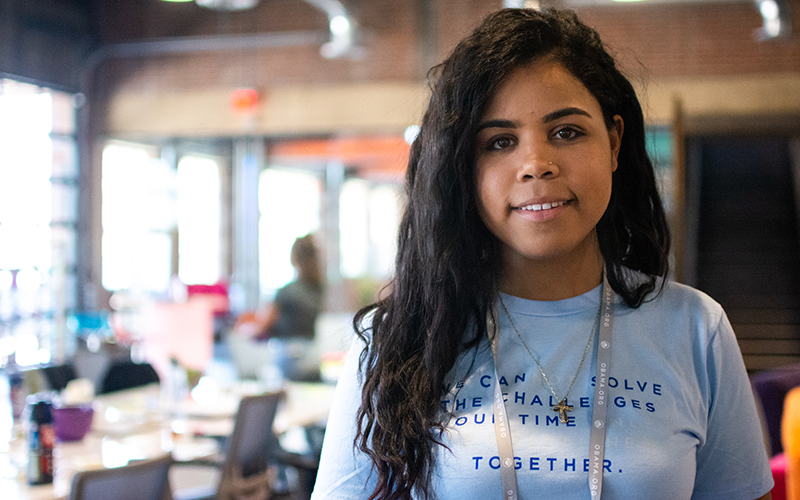 “We’re all here for a common reason,” said Breeonna Combs, who attended the Community Leadership Corps program in Phoenix. “There’s so many things I want to change.” (Photo by Ellen O’Brien/Cronkite News) 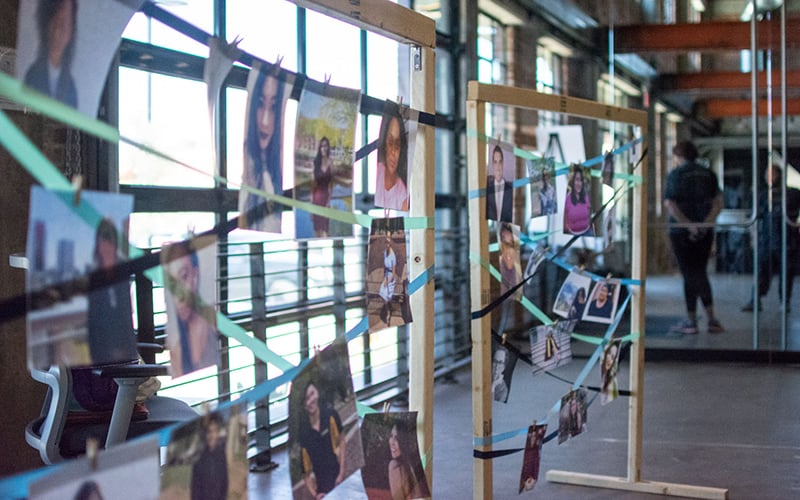 Community Leadership Corps participants were divided into small groups as part of the two-day training event in Phoenix. (Photo by Ellen O’Brien/Cronkite News) 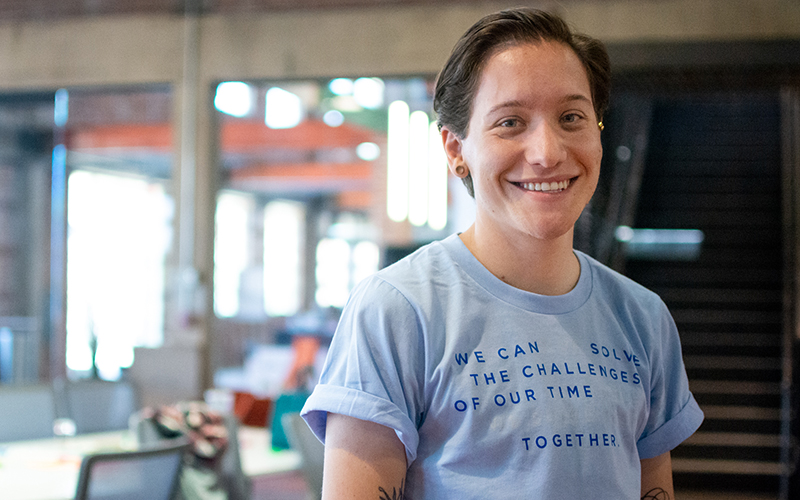 Ashton Skinner learned to advocate for themself at a small private college in Washington. That experience, they said, was “a microcosm of what can be done in a city.” (Photo by Ellen O’Brien/Cronkite News)

PHOENIX – The Obama Foundation launched its first Community Leadership Corps in Phoenix over the weekend, a six-month program designed to help young people bring about change in their communities.

“It’s exciting, the idea of building something from the ground up,” said Breeonna Combs, one of 35 young people chosen to participate in the program.

During the two-day training, participants 18 to 25 learned how to build an organizing framework and engage in dialogue with their communities. Over the next six months, they will use those skills to develop a project, recruit other young people and implement an action plan.

Although she hasn’t done community organizing before, Combs said she’s excited to have an opportunity to make a difference. With her project, she hopes to educate her community about topics that matter to her, such as sustainability or the congressional race in November.

One of the big advantages of the Community Leadership Corps, participants said, was the chance to meet like-minded advocates. Over the next two months, each of the 35 participants will recruit two other people to join their project team. In August, about 100 participants will attend a three-day boot camp to finalize their action plans.

“I’m interested in building a network with people who care about the issues I care about,” participant Ashton Skinner said. “So far, that has been spot-on.”

Skinner is an outreach coordinator at local One Community, a local coalition that advocates for LGBTQ issues.

In advocacy, “we tend to silo,” Skinner said. “The problem is, we don’t live single-issue lives.”

With the Community Leadership Corps, they want to “see where that can overlap with things like sustainability and health care.”

Before he was elected to the Senate, and later the White House, Barack Obama spent three years as a grassroots community organizer in Chicago’s South Side, according to an article in The New York Times.

The Obama Foundation will hold other kickoff events in Columbia, South Carolina, on June 16, and in Chicago on June 23.