Phoenix Comic Fest, formerly known as Phoenix Comicon, has tightened security in the wake of an incident last year in which a man skirted security armed with four loaded guns and other weapons. (Photo by Nick Serpa/Cronkite News)

PHOENIX – Participants in Phoenix Comic Fest have had to rethink some of their props, thanks to new security changes.

Arizona’s largest pop-culture convention, which opened Thursday at the Phoenix Convention Center, does not allow items such as replica firearms, bladed knives or solid wood weapons, said a spokeswoman for Square Egg Entertainment, which is putting on the event. Wands, lightsabers, shields, masks, headpieces and metal armor are allowed at Phoenix Comic Fest, formerly known as Phoenix Comicon. 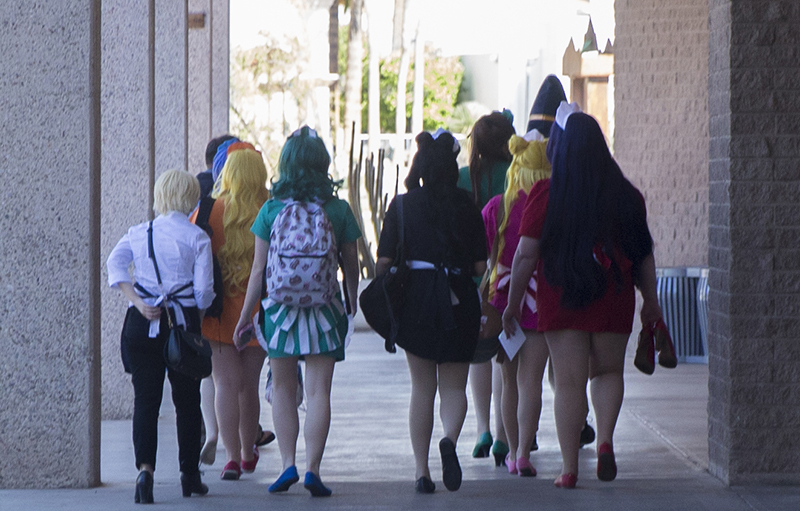 The stricter security measures are in response to an incident last year in which a man had threatened “Mighty Morphin Power Rangers” actor Jason David Frank and got through the convention’s security with four loaded firearms, a combat knife and other weapons.

Phoenix police arrested the man, and no one was hurt. Props were banned immediately, resulting in long lines to enter the convention center.

“After last year’s incident, we implemented some security right away,” said Kristin Rowan, the director of marketing for Square Egg. “We learned a lot from that, learned a lot about what to do and not to do, so we completely changed the security protocol for this year.”

The event is popular for fans who enjoy dressing up as their favorite character in what is known as “cosplay” – a combination of the words “costume” and “play” – and involves people dressing up as characters from video games, television shows, anime, movies or books.

At past conventions, those costumes often involved prop weapons.

“This year, replica firearms of any kind are not permitted,” Rowan said. “Replica ammunition or projectiles such as hand grenades, TNT, that kind of thing, are also not permitted. Bladed weapons such as swords or knives, that have sharp edges, that are made of metal or steel are not allowed and solid wood weapons are not allowed.”

“People should expect to have a little time to check your costume, check your prop and check your bag,” Rowan said. “We recommend them bringing as little as possible in order to get right through as quick as they can.”

Emily Buescher, who was dressed as Harley Quinn, visited the convention on Friday.

“Security checked over my prop and made sure it was not going to harm anyone, then zip tied it to show that it had been checked,” she said. “The whole process took maybe 10 minutes compared to almost two hours last year.”

Last year, the event attracted more than 80,000 people, with turnstile attendance at 182,000 over the weekend, according to the event’s website. Organizers said the “unique” attendance – number of distinct individuals who attended – was down 24 percent from 2016. They attributed the drop to the issuance of fewer complimentary passes and to the “security incident and subsequent safety concerns, line and prop restrictions.” 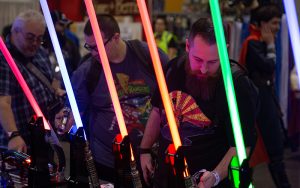 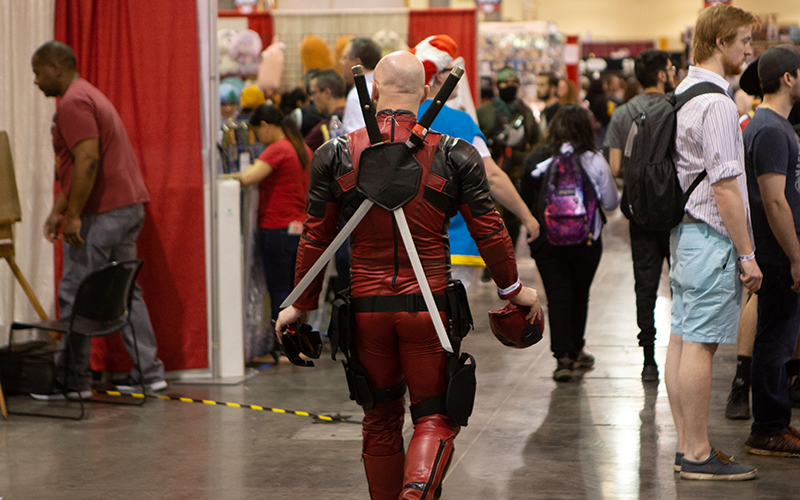 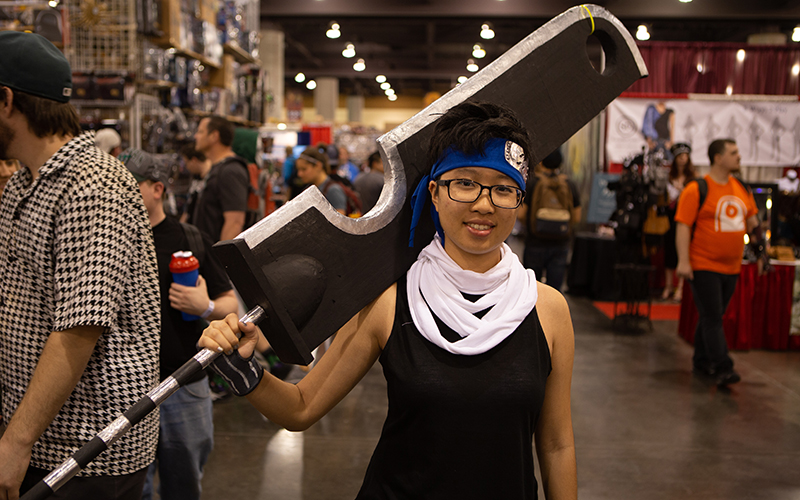 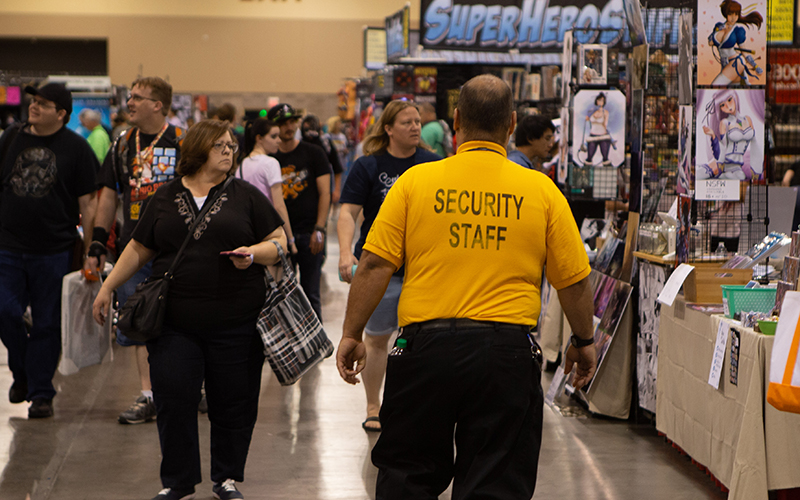 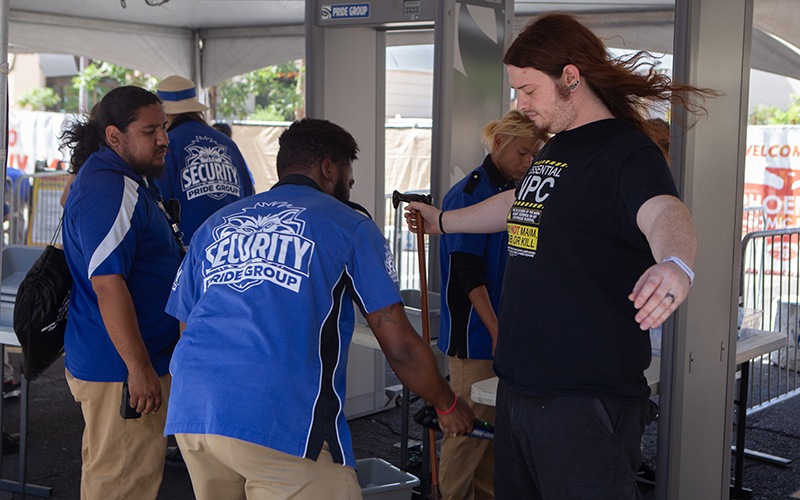 A security worker waves a handheld scanner over Evan Dierolf-Evans as he enters Phoenix Comic Fest on Thursday. (Photo by Nick Serpa/Cronkite News)