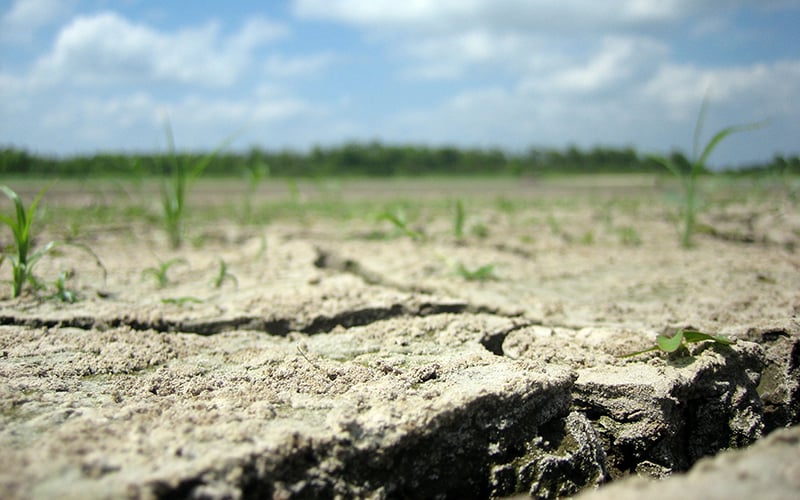 Forecasters are calling for a drier and warmer spring for Arizona and the Southwest, as the state enters its 21st year of long-term drought. (Photo by dasroofless/Creative Commons)

COLLEGE PARK, Md. – It’s spring, which usually means a change in the weather. But long-range forecasters at the National Oceanic and Atmospheric Administration are saying that folks in Arizona may not see much change this year.

Experts at NOAA’s Climate Prediction Center in College Park, Maryland, are calling for a spring with above-average temperatures and below-average precipitation this year.

“We are favoring above-normal temperatures for the spring across parts of Arizona and the Southwest in general,” said Jon Gottschalck, a season forecaster for NOAA. “I can say that the highest probabilities and the greatest confidence in the entire outlook for the Southwest is actually in the Arizona, New Mexico area.” 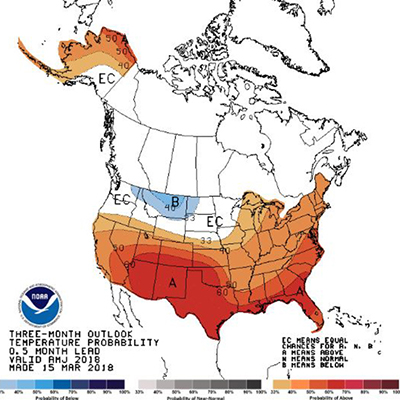 Arizona is expected to see higher-than-normal temperatures this spring. Click on the map for the full outlook. (Map courtesy NOAA)

The warmer and drier spring is being blamed on the past winter’s La Nina formation in the Pacific Ocean, which occurs when ocean temperatures along the equator are colder than normal. The effects are felt all across the U.S., but vary from region to region.

“When you have La Nina conditions in the Pacific, you tend to change the tropical rainfall patterns and the jet stream across the Pacific North America region,” Gottschalck said. “That tends to reduce the storminess across the southern tier of the United States and increases it across parts of the Northern U.S.”

A NOAA spring forecast report indicated that “more than a quarter of the country is currently experiencing drought from Southern California into the Southwest.”

Arizona is currently in its 21st year of a long-term drought, according to the Arizona State Climate Office. It also mentioned the reservoirs the state relies on for its water are currently about half full in the Southwest and supplying an “ever-increasing population.”

The spring forecast indicated above-average temperatures continuing or even expanding through June.

Neil Jacobs, assistant secretary of commerce for environmental observation and prediction, said “the benefits of these seasonal and subseasonal forecasts will continue to grow as we improve them in accordance to the Weather Research and Forecasting Innovation Act.”