The Supreme Court refused to hear a challenge to Arizona’s capital punishment law that claimed it the law is unconstitutionally broad, making “virtually every” first-degree murder case eligible for the death penalty. (Photo by Nathan O’Neal/Cronkite News)

WASHINGTON – The Supreme Court on Monday refused to hear a challenge to the way Arizona decides which criminals can be sentenced to death, a process critics say is so broad that virtually every convicted murderer is eligible for execution.

In a separate statement on the case, four justices said the case of Hidalgo v. Arizona raises important questions about the death penalty statute in Arizona. But they agreed that this particular case should be rejected because of a lack of evidence in lower courts that heard it.

The case charges that the 14 wide-ranging aggravating circumstances that the state uses to determine capital sentences – up from just six when the death penalty was reinstated in 1973 – leaves 99 percent of those convicted of first-degree murder eligible for the death penalty.

That makes imposition of death random in a way that it was in 1972, when the Supreme Court overturned death penalty laws at the time as being “cruel and unusual in the same way that being struck by lightning is cruel and unusual.”

“When everyone falls into the same basket, that seems contrary to the worst of the worst,” Hamm said before the high court’s decision.

But Maricopa County Attorney Bill Montgomery called the study that found 99 percent of murderers eligible for the death penalty little more than a “self-serving” attempt by defense attorneys to point to aggravating factors – factors that still need to be proved to the satisfaction of a jury, he noted.

“First and foremost, the aggravating factors do narrow those defendants that we file a notice of attempt to seek the death penalty” on, Montgomery said last month. “Just because you can say, ‘That aggravating factor is present,’ doesn’t mean you can prove it.” 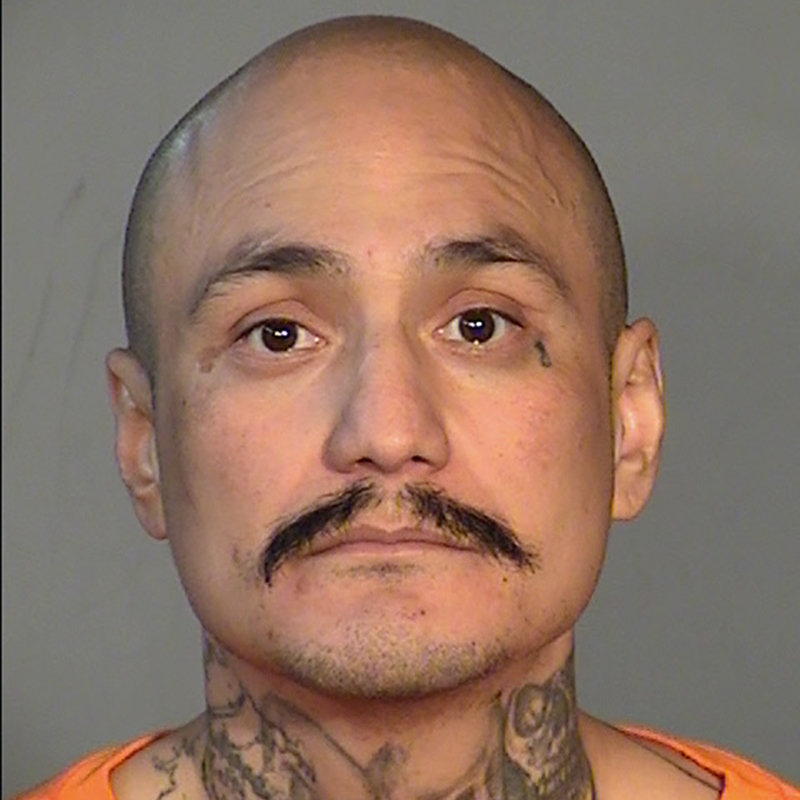 Abel Hidalgo was sentenced to death for the 2001 murders of two men in Phoenix; one was a contract killing. He is challenging the state law that determines the imposition of the death penalty. (Photo courtesy Arizona Department of Corrections)

The appeal the Supreme Court declined to hear Monday challenged the death sentence for Abel Hidalgo, who pleaded guilty to the 2001 gang-related contract killings of Michael Cordova and Jose Rojas in a Phoenix auto shop.

After being paid $1,000 by a gang member to kill Cordova, Hidalgo went to the victim’s auto shop early in the morning and approached Cordova, pretending to need repair work when the shop opened. They were joined by Rojas, who sometimes did upholstery work at the shop.

The three entered the shop, where Hidalgo shot Rojas in the back of the head before shooting Cordova in the forehead. Hidalgo proceeded to shoot both men five more times after they were dead.

Hidalgo fled to Idaho where he was being held for the January 2002 murders of two women when Arizona police caught up to him.

The trial court dismissed Hidalgo’s claim that Arizona’s death penalty statute is unconstitutional, saying it was not within the court’s purview to decide constitutionality of Arizona laws.

On appeal, the Arizona Supreme Court rejected the claim by Hidalgo – joined by 17 other death-row inmates – that there are too many aggravating factors. It said that there is not a single aggravating factor that applies to all those convicted of murder in the state and noted that Maricopa County only pursues the death penalty in about 10 percent of cases, which means the scheme is narrow enough.

The state said that ruling was in line with “a lopsided majority” of other rulings on capital punishment and should be upheld. But Supreme Court Justice Stephen Breyer, in a statement joined by Justices Elena Kagan, Sonia Sotomayor and Ruth Bader Ginsburg, said he believes the Arizona high court misapplied the federal court rulings that require state laws to “genuinely narrow the class of persons eligible for the death penalty.”

Breyer noted that the state court accepted Hidalgo’s argument that “nearly every charged first-degree murder could support at least one aggravating circumstance,” but then listed five ways it thought the state law met the narrowing requirement. But Breyer said the high court has considered and rejected those five arguments.

Despite that, Breyer agreed with the decision to reject Hidalgo, saying lower courts’ refusal to allow evidentiary hearings in the case did not leave enough of a record for the court to act on. If a later case can develop “the sort of empirical evidence that the petitioner points to here … this petition will be better suited” for hearing by the Supreme Court, Breyer wrote.

The Hidalgo appeal also argued that a national consensus has been reached that the death penalty as a whole should be abolished.

“I reject that on its face,” said Montgomery. If there is a consensus, which he denies, the courts are not the way to abolish the death penalty, he said.

The appeal is “a naked attempt to use the justice system to pass what they can’t do at the ballot box,” Montgomery said.

Hamm agreed that there is no national consensus on the death penalty, but she she does not see the purpose of the punishment. There are currently 116 inmates on Arizona’s death row.

“It doesn’t seem to me we gain anything at all with capital punishment,” Hamm said. “They (death row inmates) are going to spend the rest of their life if prison … that’s a very onerous punishment.”