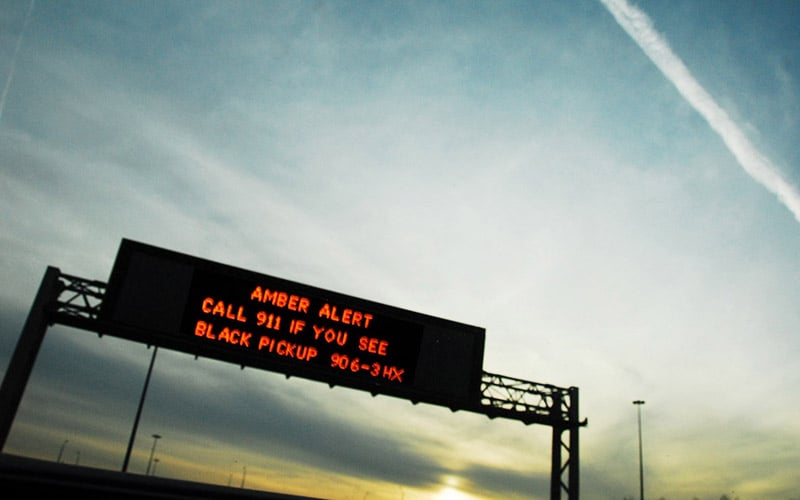 Congress gave final approval to a bill that would give tribal law enforcement agencies more control over AMBER alerts on tribal lands, instead of having to rely on other agencies. (Photo by Taku/Creative Commons)

WASHINGTON – The House gave final approval Monday to a bill that will give tribes direct access to funds that will let them quickly post AMBER alerts over text messaging, radio and television to counties within reservation borders.

The AMBER Alert in Indian Country Act was sparked by the May 2016 abduction of Ashlynne Mike, an 11-year-old Navajo girl. Authorities did not post an alert that Ashlynne was missing until the day her body was found near Shiprock, New Mexico.

The bill, sponsored by Sen. John McCain, R-Arizona, passed the House on a voice vote Monday evening and now goes to the president for his signature. It is identical to a House version that was co-sponsored by all nine members of the state’s congressional delegation, among others.

“There is a massive hole in the system when the only areas in the country not protected with AMBER Alert access are those in tribal lands,” said Rep. Andy Biggs, R-Gilbert, lead sponsor of the House version. “By expanding already available grants to include tribes, we are ensuring Indian country communities have resources that better protect their children.”

“We know that AMBER Alerts are often critical in the safe recovery of an abducted child,” said Emily Farrell, a spokeswoman for the center. “The Amber Alert in Indian Country Act of 2017 will help improve and lead to the expansion of the AMBER Alert system on Native American reservations.”

Until now, tribal law enforcement agencies had to work through state and local police agencies to get an alert posted. The bill passed Monday would give funding directly to tribes to help them improve their technology and post alerts on their own.

A previous version of this story misspelled the name of Virginia Davis, senior policy adviser for the National Congress of American Indians. It also quoted a lawmaker who cited an incorrect number of federally recognized tribes. There are 573 such tribes. The story here has been corrected, but clients who used earlier versions are asked to run the correction that can be found here.

Rep. Raul Grijalva, D-Tucson, said the bill provides the 573 “tribes across Indian Country with the funding they need to secure and protect their children in the unfortunate event that they go missing.”

“By creating tribal AMBER alert systems and integrating them with existing state systems, we’re renewing our commitment to the communities of Indian Country to ensure that their children are protected,” Grijalva said in a statement Monday.

Virginia Davis, a senior policy adviser for the National Congress of American Indians, called it another example of tribes suffering because they do not have a seat at the table.

“What we see across the board in public safety legislation is that tribes aren’t really included upfront in the decision making, so years later we have to go back and rectify policies that end up not working for us,” Davis said. “Unfortunately, this is one of many examples where we are forced to advocate for our voice in legislation that should have included us from the start.”

She welcomed the bill’s requirement for reports to Congress, saying they will let federal lawmakers “understand exactly what safety barriers tribes are facing.”

“Increasing the tribes’ access to funding and support is the first step, but we need to be able to assess what other safety barriers there are so we can fix them and make this new system really work,” Gosar said in a prepared statement.

“Indian tribes shouldn’t be an afterthought to Congress when they are passing these national public safety laws,” she said. “They should be included right there on the front lines, in a direct manner than can help each of their unique circumstances.”