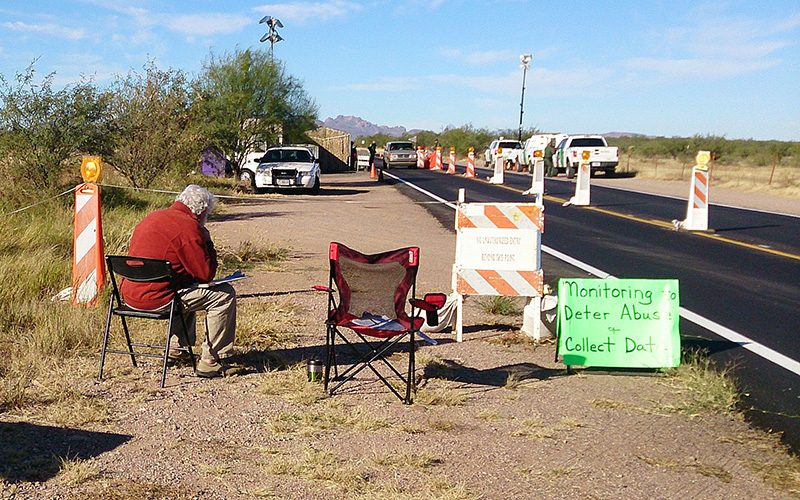 A volunteer monitors the work of Border Patrol agents at a checkpoint in Arivaca in this 2014 photo. When the monitoring began, police set up the ropes and signs to keep monitors 150 feet away from the checkpoint stops. (Photo by Imelda Mejia/Cronkite News) 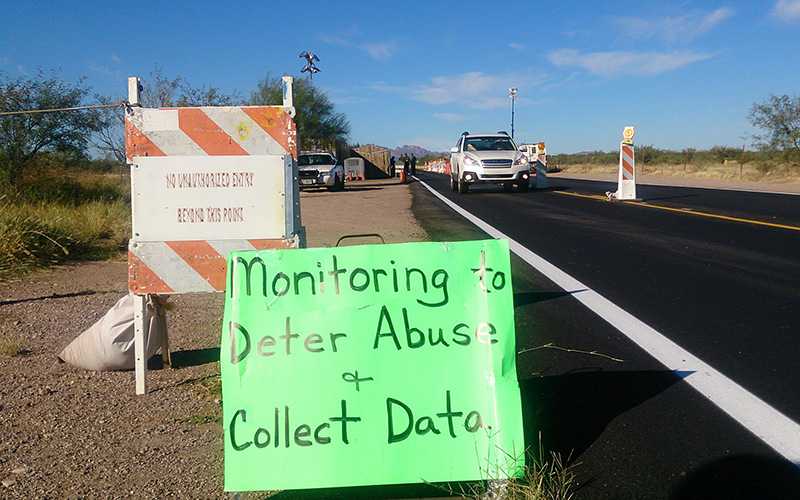 Residents of the southern Arizona community of Arivaca began in 2014 to monitor a Border Patrol checkpoint, started in 2007, that stops traffic through town to check for illegal activity. Critics called the stops a nuisance and abusive. (Photo by Imelda Mejia/Cronkite News)

WASHINGTON – A federal appeals court Tuesday ordered a new hearing for Arivaca protesters who said the Border Patrol violated their First Amendment rights when they tried to monitor a border checkpoint for potential racial profiling.

The group, People Helping People, sued in 2014 after Border Patrol officers established a 391-foot “enforcement zone” around the checkpoint on Arivaca Road and threatened protesters with arrest if they strayed inside the zone.

A federal magistrate sided with the Border Patrol, ruling that the enforcement zone was a “nonpublic forum.” But a three-judge panel of the 9th U.S. Circuit Court of Appeals reversed that ruling Tuesday, saying the protesters should get a chance to investigate the enforcement of the zone so they can make their case in court.

The Department of Justice, which defended the Border Patrol, declined comment on the ruling Tuesday. But a First Amendment lawyer who had filed a friend of the court brief on the side of the protesters said the appellate court made the right ruling.

“I think it’s quite right for the court to say, ‘Look, we need more information,'” said Eugene Volokh, a professor at the University of California Los Angeles School of Law.

A member of People Helping People directed questions to their attorneys. 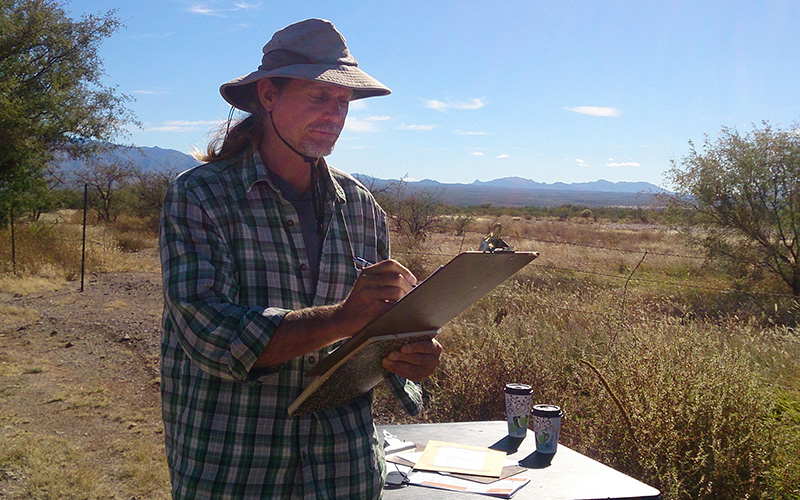 The group was founded in response to “community complaints” of racial profiling, unlawful searches and excessive force by officers at the checkpoint that Border Patrol has run on Arivaca Road since 2007, the court said.

Motorists, including local residents, are routinely stopped and questioned at the checkpoint, and may be directed to a secondary inspection point for further questioning.

People Helping People first protested in late 2013, then began monitoring operations at the site in early 2014. When the group’s members refused to move, Border Patrol agents put up yellow tape to keep them out of the area. By the next week, the tape was replaced with rope and signs “forbidding unauthorized entry.”

Group members said that while they were kept out of the enforcement zone, other residents who were friendly to the Border Patrol were allowed in.

The court said one resident, “a known supporter for the BP (Border Patrol) and an opponent of” People Helping People, was allowed into the enforcement zone where he “questioned and harassed the protestors.” When group members asked an agent about the resident who had been allowed in, the agent said, “It’s a free country,” according to the court ruling.

When the agent in charge found out about the incident he told watch commanders to discuss it with checkpoint agents and “make clear that what had been done was unacceptable.”

The group said there were other occasions when people were allowed into the area, and one occasion when Border Patrol agents parked their vehicles to block the monitors’ view of checkpoint activities.

The group sued in November 2014, but a federal district court judge ruled for the Border Patrol, saying the checkpoint was a nonpublic forum and that “restrictions on speech therein are content-neutral and reasonable.” It rejected the group’s request for discovery.

But the appeals court said the question of whether the checkpoint is a nonpublic forum is “to a large extent, factual.” People Helping People should be allowed to investigate the rules and the Border Patrol’s enforcement of them so they can make their case that the zone was not proper.

Volokh said it is “true that there are certain types of government property that can limit First Amendment speech.” But he does not think a checkpoint applies, and he thinks Border Patrol agents did not follow proper procedure when enforcing the zone.

“They have to ensure they don’t just let border-friendly people in and keep protesters out,” Volokh said.