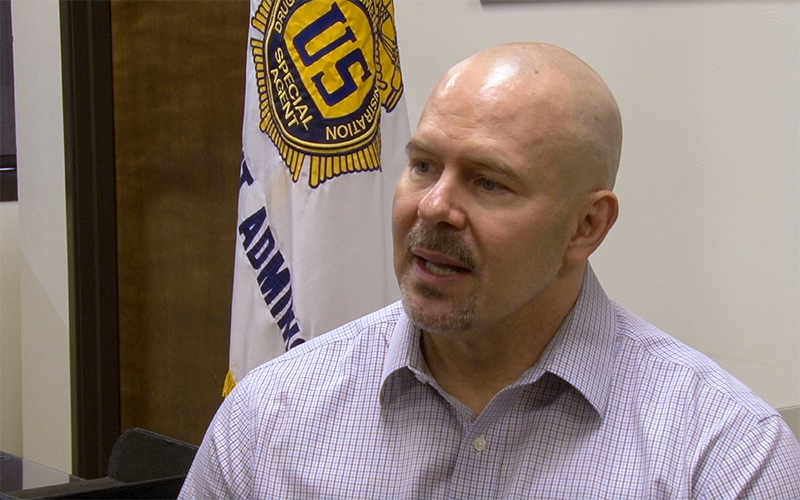 According to the U.S. Department of Justice, MS-13 is an international criminal organization with more than 10,000 U.S. members. The gang deals mostly in drug distribution, extortion, kidnapping and human trafficking.

MS-13 was founded nearly 35 years ago, mostly by immigrants from El Salvador. Some members are American citizens, the children of original gang members. When taking over trafficking territory, they often recruit children and teenagers, especially Salvadoran immigrants.

An Arizona Criminal Justice Commission report in 2015, however, showed a smaller MS-13 impact. Of 59 Arizona law enforcement agencies surveyed, 28.1 percent reported low-level MS-13 activity in their jurisdiction, and more than 60 percent said the gang’s activity was “not applicable.”

Douglas Coleman, special agent in charge of the Drug Enforcement Administration’s Phoenix Division, told Cronkite News that MS-13 does not have an “entrenched footprint” in Arizona, but agents occasionally deal with its members.

“It’s a much bigger problem in other states,” he said. “MS-13 is very prominent in Southern California, the Los Angeles area. We see significant portions of them back East in Washington D.C. New York has some. Here in Arizona, we’re a little bit unique. We every day stare at the biggest, most violent and nastiest organization, the Sinaloa cartel.”

Law enforcement officials characterize the Sinaloa cartel as one of the largest drug traffickers in the world, formed by a number of criminal leaders in Mexico with significant political and military influence.

Compared with the Sinaloa cartel’s operations, Coleman characterized MS-13 as at the “lower, retail end of the drug trade,” supporting gang leadership in El Salvador through their criminal income.

“It is also here, along this border, that transnational gangs like MS-13 and international cartels flood our country with drugs and leave death and violence in their wake,” Sessions said in an April address to Customs and Border Protection agents in Nogales “Depravity and violence are their calling cards.”

In Arizona, the DEA focuses on cartel and Mexican Mafia activity. MS-13 drug trafficking does align with the Mexican Mafia and sometimes is included in investigations.

“When DEA does a case, we call it taking the entire snake,” Coleman sad. “From the head all the way to the rattle.”