The Supreme Court let stand a lower court’s decision that upheld the death penalty for Joseph Clarence Smith, who has been on Arizona’s death row for 40 years – and resentenced twice – for the 1977 murders of two teens in Maricopa County. (Photo by Nathan O’Neal/Cronkite News)

WASHINGTON – The U.S. Supreme Court has refused to hear the appeal of a repeat rapist and murderer who has been on Arizona’s death row for 40 years for a string of grisly crimes in Maricopa County.

The justices without comment Monday declined to hear Joseph Clarence Smith’s claim that the jury that sentenced him to death was improperly instructed on how to weigh mitigating versus aggravating factors in the crimes.

It was the fourth time that Smith – the longest-serving death row inmate in Arizona, and one of the longest in the country – has had an appeal reach the Supreme Court. But it may not be his last, his attorney said Tuesday.

“There are legal avenues still available,” said Dale Baich, a supervising attorney of the capital habeas unit in Arizona’s Federal Public Defender’s Office. He declined to discuss what those options might be.

Smith maintained his innocence throughout his trials.

The Arizona Attorney General’s Office did not comment Tuesday.

Smith, who had been convicted of rape in 1973, was out on probation for that crime in 1976 when he brutally murdered two Arizona teens and raped a third woman in separate incidents. 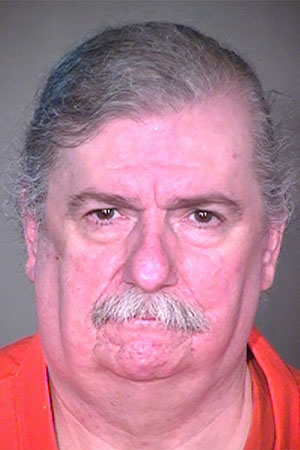 Joe Clarence Smith has been on death row since 1977 for a pair of grisly murders. (Photo courtesy Arizona Department of Corrections)

The mutilated, naked bodies of Sandy Spencer and Neva Lee were found in the desert outside Phoenix in January and February 1976, respectively.

Both appeared to have been tied up before being stabbed repeatedly; Spencer in the groin, chest and breasts, Lee in the chest, abdomen and breasts. Both died of asphyxiation after their mouths and noses were stuffed with sand and taped shut.

Dorothy Fortner, his third victim while he was out on probation, was four or five months pregnant when Smith persuaded her to get in his car by telling her he was a friend of her boyfriend. Smith then drove her into the desert, according to court documents, running a knife up and down her torso and asking if she “would like to be killed fast or slow.”

He repeatedly raped and brutalized Fortner, threatening to kill her throughout the ordeal while brandishing a knife and telling her he was a sadist.

However, Smith let Fortner go. She testified at his sentencing that he threatened to cut out her baby and let them both “die on the desert floor, and that he was going to watch this.”

In a ruling two years ago, the 9th U.S. Circuit Court of Appeals rejected Smith’s claim that prosecutors had improperly used his defense of a diagnosis of “sexual sadism” to enter inflammatory evidence against him.

His latest appeal claimed that the Supreme Court’s 2016 ruling in Hurst v. Florida required that he be given a new sentencing hearing because of the way the jury was instructed in his case.

Under Hurst v. Florida, Baich said in a statement, “the determination of whether there are insufficient mitigating circumstances to outweigh the aggravating circumstances at the penalty phase of a capital trial, is a fact necessary for the death penalty to be imposed.

Smith was convicted in 1977 in the murders of Spencer and Lee and sentenced to death for the first time that year. He has since had two resentencing hearings and been sentenced to death both times, in 1979 and in 2004, the sentence from which his latest appeal arose.