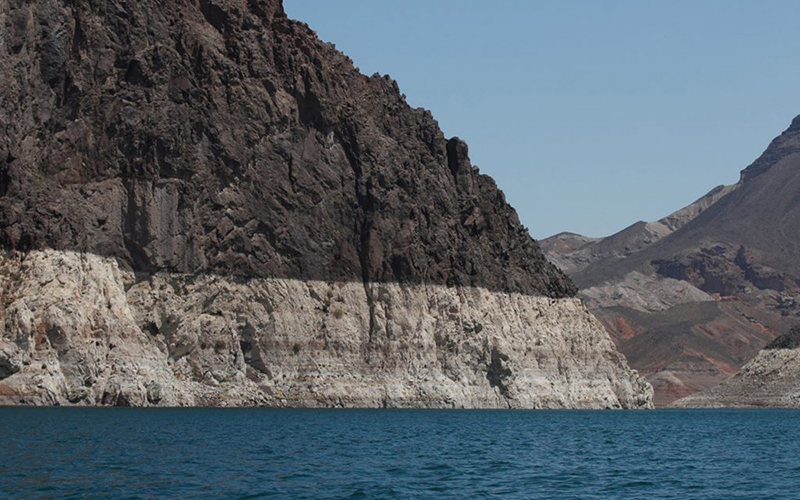 The effects of a 17-year drought can be seen in calcium markings on sides of Lake Mead in this June photo. Officials have high hopes for a new plan to respond to droughts in the region, but negotiations on the deal have been slow going. (Photo by Alexis Kuhbander/Cronkite News)

WASHINGTON – States, federal and Mexican officials hailed a binational agreement this fall that they said could lead to a radical shift in how the region prepares for and responds to drought.

But three months later, they appear no closer to a drought contingency plan, as negotiations have pitted states and water districts against one another, as the U.S. tries to hammer out details of the plan.

The deal signed at the end of September extends guidelines that were set up under a 2012 agreement that was set to expire at the end of this year, and establishes new water sharing guidelines and binational water improvement projects.

The plan, known as Minute 323, calls for Mexico to give up claim to some water in exchange for U.S. investment in water improvement projects there. It also calls for an international plan to respond to drought conditions in Lake Mead that would include Mexico in water reductions.

Before that can take effect, however, a drought contingency plan between U.S. states and water users has to be worked out.

At the time of Minute 323’s approval, Sen. Jeff Flake, R- Arizona, called the deal “a major step forward in guaranteeing a reliable long-term water supply by protecting Arizona’s share of the Colorado River” and said the binational deal was “setting the table for the Lower Basin Drought Contingency Plan.”

That drought response plan would call on California, Nevada, Arizona, Mexico and the Bureau of Reclamation to reduce their shares of the Colorado River water in times of drought, according to Sarah Porter, the director of the Kyl Center for Water Policy at Arizona State University.

“What it is really about is creating an accounting system for water forbearance,” Porter said. “The plan creates an incentive for all the lower basin states, and the big water players to keep their water in Lake Mead, ensuring its levels.”

Even though serious negotiations are ongoing, however, the draft plan is far from completion. Disagreements between states, namely Arizona and California over who would take cuts, as well as conflicts within the states have stalled any draft from moving forward.

Negotiations on the latest agreement began in 2007, when a set of drought guidelines were approved under which Arizona and Nevada suffer massive reductions in water allocation when drought conditions occur.

Under the new plan, Arizona would still take the bulk of the reductions under the most extreme drought conditions, but California would be required to give up some of its share for the first time. Officials hope that sharing the water among the lower basin states, the Bureau of Reclamation and Mexico will help to alleviate the stress put on Arizona’s taxpayers, and agricultural interests. 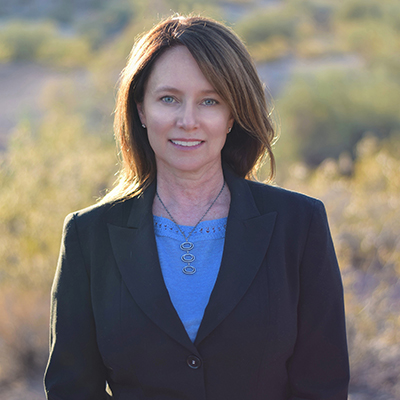 “When you are dealing with water you need predictability,” she said.

Another major problem facing the reservoir is the structural deficit, when more water is pulled out of the river than is recharged in the reservoir. Porter said that while some of the proposed cuts “are very big, the whole point of the plan is to make sure we never get to that level.”

“The plan would actually be very good for Arizona,” she said. “It creates an incentive for all lower basin states, and fosters big water users to keep water in the lake, which provides more security for everyone.”

One of the largest water consumers in Arizona are the state’s agriculture industry, which would be among the first and hardest hit by a drought contingency plan.

“We have to resolve how to absorb the impacts of some of the lowest priority parties, like the farmers whose livelihoods depend on the water,” Porter said. “We need to have a plan to address the impacts on agriculture.”

That was echoed by Pinal County Supervisor Stephen Miller, who said any plan should take into account “who really does use this natural resource to its full extent.”

“Arizona farmers have been the most efficient with their water, more than any other state – we produce more crops now with less water than even ten years ago,” he said.

Rhett Larson, a law professor at Arizona State University said that one of the key obstacles in Arizona is a spat between two of the state’s largest water providers over the draft plan.

“Essentially it boils down to who should speak for Arizona on water resources,” he said. “Central Arizona Project, who represents the customers of CAP and is well-funded from Colorado River Water, or the Arizona Department of Water Resources, whose job it is to represent all of Arizona’s water interests and is significantly underfunded?”

In the meantime, Deputy Interior Secretary David Bernhardt has said that the lower basin states have “the full resources of his agency to back aggressive drought contingency efforts.”

And analysts are hopeful that the confirmation last month of Brenda Burman as commissioner of the Bureau of Reclamation can speed negotiations. Burman, a former staffer for Arizona Sen. Jon Kyl, has worked at the bureau and at the Salt River Project in Arizona, the Metropolitan Water District of Southern California and the Nature Conservancy, among other stops.

The newest goal, the Arizona Department of Water Resources said last week, is to have a plan in place by August, when the U.S. Bureau of Reclamation will be making its projections for Lake Mead water levels for 2019.

In the meantime, said Porter, the possibility of a drought looms not “so much a danger as a slow-burning fuse to a world of uncertainty that would be bad for Arizona economically and otherwise.”